Home » 6 Reasons Why The Matrix Does NOT Need A Reboot 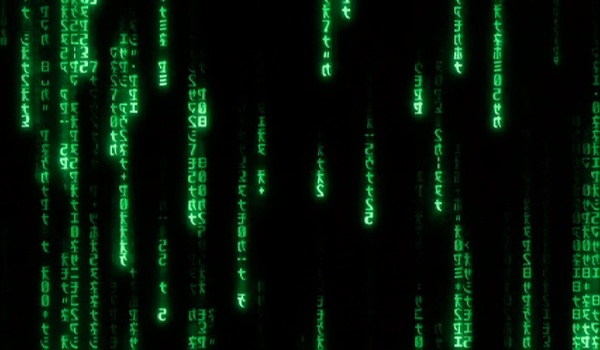 Hollywood has always been about making money, but it was once in support of creative decisions rather than getting a quick cash grab on nostalgia properties. And guess which popular sci-fi franchise may be getting a literally reboot by Warner Bros. Yeah, it is the turn of The Matrix, the 1999 mind-bending film created by The Wachowskis.

These are early days, so there is every possibility the idea will fall into development hell. Apparently, Warner Bros. hope to reboot the film (with or without the blessing of the Wachowskis), have Zak Penn write the treatment, and maybe have Michael B. Jordan come on as the protagonist should Keanu Reeves say “No” instead of “Whoa!” to the project. Now, if it were a sequel or spin-off to expand the world, then perhaps there the door could be open, but if this turns out to be a straight out remake, then they should just cancel it now and forever.

What other reasons could there be to not reboot The Matrix. Well, here are six reason for you. 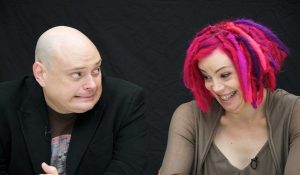 What sort of respect would Hollywood and audiences be paying to Lana and Lily Wachowski by rebooting their most regarded film. If they were to be included but refused to be directors/writers, no doubt they would be strictly limited to producers or “creative consultants”, a term sometimes associated with dropping the original creators a cheque as a warning to shut up and let the movie machine bulldoze their inventions. The Wachowskis invented the world of The Matrix and who would understand it better than they do? To reboot The Matrix without its architects would be a very poor choice.

5. All Style and No Substance 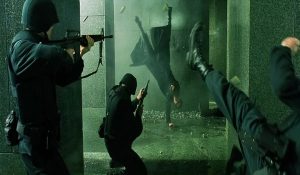 What do people remember the most about The Matrix? It is probably the jaw-dropping special effects that earned the film four Academy Awards. Of course the true genius of the film is its clever plot and themes. However, like many remakes, I imagine the filmmakers will forget what made the original such a classic and instead focus on the pure iconography. If you watch such remakes as say Total Recall or Clash of the Titans, they never really gave a damn about recapturing the film’s heart and instead focus on filling out a checklist of iconic imagery to put in the film. Like an abridged version of a film showing its greatest hits. Most remake trailers follow this pattern, accompanied by tons of cuts to black, and at least one joke decrying the original. And if The Matrix gets the same treatment, heaven help us, they will milk that bullet time for all it is worth!

4. It Will Try To Be Modern and Relevant 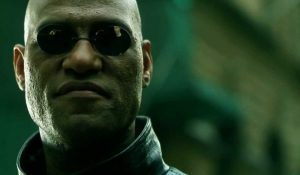 Okay, The Matrix did kind of foresee the future. We have become engulfed by virtual reality to an extent. Social networking, trending, hashtags, and bloody Emojis keep us glued to our phones and tablets, and people are becoming less social with each other face-to-face. And there is no doubt a potential reboot would use every opportunity in its script to point out how dependent we stupid humans are on our tech and can’t live without checking out Facebook and Twitter pages for how many likes we have. By no means will they discuss the deep-seated allegories of man and machine’s co-dependence, but will likely go all meta, with the new hip version of Morpheus leaning on the fourth wall and telling us stupid monkeys to get off our phones in the most derogatory way possible.

3. We Already Know What the Matrix Is 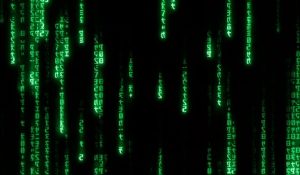 The biggest question of The Matrix’s initial marketing was “What is the Matrix?”, a bait to lure curious audiences to watch the film. Of course, considering the film’s popularity, just about everyone knows what the Matrix is – a virtual reality simulation for humans to live in while machines use their bodies as living batteries. Now, how would a remake tackle this former mystery? Well, if it were a straight out remake, then they’d just do the same thing. Alternately, they could attempt a plot twist by revealing the real world is also a fake. A Matrix in a Matrix if you will. There have been endless theories about this as a possible truth about the trilogy, but I think it should just remain as one. It really would not surprise if a remake would follow this path, but then it would just sound like a rip-off of Inception with a simulation within a simulation within a simulation.

2. Do Something New Or Not At All 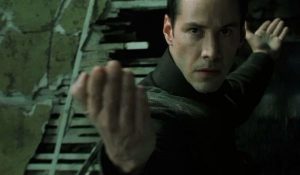 I prefer each film in a series to do something new, though in certain franchises like horror films, they often repeat the same thing. Even Star Wars: The Force Awakens And in honesty, The Matrix Trilogy did the same thing too – people in leather and sunglasses running around doing awesome things and spouting thought-provoking ideas. The reboot should serve what has been established and expand the world by doing something new. The original story was wrapped up in a nice bow. Neo brought peace and died, Trinity is dead, Agent Smith is dead, Morpheus’ dream was fulfilled, and whole thing was actually a long game planned out by the Oracle to bring balance between man and machine. So, where could they go from here?

First off they could do a direct sequel like The Force Awakens or Jurassic World set years after the war against man and machine. In fact, why not just adapt The Matrix Online, an MMORPG set after the trilogy which ran from 2005 to 2009. The game involved players joining various factions to prevent or trigger a second war and other such subplots. It explored new stories in the world of The Matrix, bringing back old characters and introducing new ones. Morpheus becomes a terrorist in order to find Neo and gets assassinated, there is a rogue faction of programs, a group of anti-freedom humans following the mantra of “ignorance is bliss”, and the One is even implied to have been reincarnated in a new character (whose name is an anagram for “Thomas Anderson”). There, plenty of stuff to play around with.

Exploring new stories would be cool as well as new characters. Not necessarily the next incarnation of the One, but perhaps a newly created program in the Matrix who questions their purpose, or a Zion-born character who has never seen the Matrix before and wants too. Some variety would help. If a new messiah was introduced, make them different from Neo. Say, they are very much attached to the Matrix but forcefed the red pill and dragged out into the real world. What if the humans are now the badguys and the programs need someone to save the Matrix? The new One isn’t as awesome as Mr. Anderson so he/she must go and track down Neo or Morpheus to help them accomplish their task.

We also know that there have been several different versions of the Matrix itself. What if we explored those older versions or new alternate simulations, caused by Neo’s reconstruction of the whole system by breaking the cycle of the One and the Source. This would allow for a lot of visual creativity and different storytelling experiences. What if there were severe consequences for Neo’s heroics? What if the One program was removed? What if there is a major glitch in the Matrix that warps the blue pills’ reality on things, causing chaos for the machines and they must ask Zion for help?

There’s a whole pile of ideas for you, Warner Bros. Don’t just do a full out remake of the film with little too no effort in it. Do something new. Call me, we can do lunch.

1. The Matrix Is Timeless 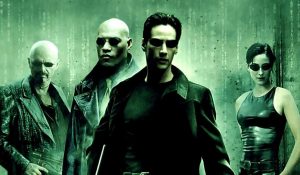 The ultimate question is why does The Matrix need a reboot? It doesn’t. The film is a classic film of the sci-fi genre. One of the last true great original films, iconic in its own way. Visually spectacular, it has a story that is both fun and puzzling, characters who remain immortalised by their respective actors. Can you imagine anyone else other than Keanu Reeves playing Neo? I know I can’t. Frankly, a remake of The Matrix is unnecessary, unneeded, and unwanted. If someone is eager to return to the world to tell new stories, then sure, there is potential. But to do a straightforward remake for the sake of making money on a retired franchise (like so many other films nowadays) would be disappointing.

I am also offering you another choice. If you liked this article and have your own thoughts on a Matrix reboot, leaving a comment below or on our Twitter feed. I can share the links with you, but you have to be the one who clicks it.