Home » Power Rangers Morphs Action Figures into Soulful Characters, but is it Enough? 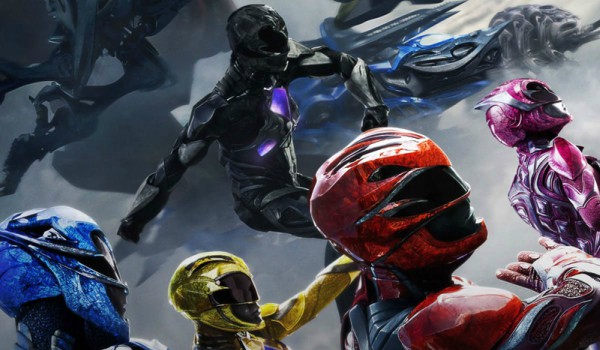 The thing that struck me most about Power Rangers as we exited the theatre last night wasn’t how much I enjoyed it, how fun the cast were, how restrained the script was, or how much I wanted to hug Billy, but how this film didn’t quite know how to market itself. As ever, we had to sit through an abundance of adverts before the film actually started, which wouldn’t have been so bad had we a neat handful of yummy trailers to tuck into for further adventures at the cinema, but we only ended up with three, and it’s those three that have me scratching my head. The theatre was packed out, a good chunk being little kids accompanied by parents who most likely grew up with the original Power Rangers series in its various forms.

We were shown trailers for Guardians of the Galaxy Vol.2 (awesome!), Fast and the Furious #124, and a McDonalds’ Happy Meal ad for a new upcoming Smurfs movie. It felt as if the trailers for Guardians and the Furious were there to appeal to the older fans, but the Smurfs were there to remind us that Power Rangers is nearly always targeted for younger audiences. That juxtaposition of ads feels a neat summary of a reigning criticism of Power Rangers – it veers between the dark and the light, of an all-encompassing intergalactic battle between good and evil and far more intimate high schoolers drowning in their own routine misery, as stereotyped teens will often do. Whilst its true that clash of tone is evident in the film, wasn’t that always the chief appeal of Power Rangers? Whether it was high school teenagers, Earth’s finest venturing away from Earth to seek new worlds aboard colonies, wise-cracking ninja trainees, or rookie space policemen, a hallmark of Power Rangers is the premise of young men and women swept into a universal war that’s none of their doing, but the very threat of danger bringing out their inner heroes.

As mentioned, Power Rangers has morphed its way through just about every genre of fiction one can imagine, so what does this one do that’s different? In a word – nothing. This reboot of Mighty Morphin Power Rangers follows roughly the exact same premise as the original – ancient alien calls upon five teenagers to do battle with an evil woman hell-bent on destroying Earth. So far, so same. What this Dean Israelite-driven incarnation of Power Rangers does is perhaps the last thing on everyone’s minds – it makes the Rangers grow up. For a film about rainbow superteens piloting robot dinosaurs to ward of evil, this is a remarkably intimate, restrained affair. Israelite takes these action figures (c’mon, they were little more than that in Mighty Morphin), and not only transforms them into characters, but characters we can care about, each with their own internal dramas. You don’t even have to find them as positive character to care about them Jason is under house arrest and Kimberly punched a guy’s tooth out, but Israelite plants us firmly into a world not seen through their Ranger helmets, but through their own eyes. He plants us so firmly here that we don’t see the Rangers morph into action until the film’s climax.

He forces us to loose ourselves in these characters, but without ever feeling forced. However, much of that can be put down to the core actors. Naomi Scott‘s Kimberly, Dacre Montgomery‘s Jason, Ludi Lin‘s Zack & Becky G‘s Trini are all a joy to watch unfold as individuals and interact with each other, but RJ Cyler‘s Billy is the real star here. The first Power Ranger to be diagnosed on the autistic spectrum, Cyler mixes infectious enthusiasm with sensitive innocence into the character.

But is careful characterisation really what we want from a Power Rangers film? Power Rangers achieved the highest level of fun when the Rangers were busy kicking arse, whether it was donning their Ranger armour or combining the Zords. However, it was also at its most rewarding when it offered something else below the surface. Whether it was the Space Rangers continuing quest to find Zordon in Power Rangers in Space, or Jen and Wes’ blossoming romance in Power Rangers Time Force, Power Rangers was at its best when it found a comfortable balance between the two. On paper, Power Rangers doesn’t achieve this. So much time is given to witnessing the Rangers grow as both individuals and a team, training montages, Rita’s trek through Angel Grove bringing Goldar to life that when the Rangers do finally succeed in morphing and unleashing the Zords, it’s a welcome change of pace. I defy any Ranger fan to not start tapping their foot during that criminally brief sequence where the Rangers pilot the Zords to stop the now fully-grown Goldar with the original theme song blasting out.

It’s as if Israelite is reacting to the action figure-level characterisation of many past Power Rangers series and using this opportunity to go all out. It’s understandable and commendable that he, and the film’s writers, want the Rangers to grow up by turning them into genuine teenagers, if you will. The charm of the actors and the pace of the story results in Power Rangers feeling comfortably assertive in its own slow-burn. It’s not concerned with showing you the Rangers in their suits too soon, nor the Megazord’s final tumble against Goldar. Inevitably then, Power Rangers also feels like the first instalment of a wider cinematic universe, which is confirmed by Haim Saban‘s own words that this film is the first of a six-part story. Six!

Elsewhere, Power Rangers is a passionate throwback to the glory days of the 90s. The Ranger suits are bold in their colour, and fans will thrill at the retooled mythology surrounding the movie’s story, I know I did! No longer reliant on Super Sentai source footage, Power Rangers has a bit more cohesion and bit to its backstory. No longer is Zordon a being floating around in a tube, but rather the original Red Ranger from 65 million years ago, who managed to stop the evil Rita by sacrificing himself before she can find the Zeo Crytal for her own gain (Zeo?! You mean we’re bypassing the awesome Thunder Zords? Awwww!). Rita herself has shed her Gothic Flash Gordon witch persona, and is instead the original Green Ranger, once good but now terminally evil. Elizabeth Banks gives a deliciously riveting performance in the art of pure camp, whilst Bryan Cranston lends gravitas to this new Zordon, who, much like his motley crew of teens, is also plagued by internal conflict. It’s mostly because he’w nos stuck inside a wall on a spaceship though.

Much like its teenage protagonists, Power Rangers is an awkward stumble towards maturity. Gone is the spandex, the obvious zippers behind the monster-of-the-week’s costumes, and instead is a warm-hearted story of teamwork and friendships kindled in the most dire of circumstances. It’s by no means perfect. Zack, Kimberly and Trini’s arcs feel unfinished by the film’s end, with no conclusion. But then again, these are teenagers, who aren’t always about happy endings. And why should Lionsgate want that to change? With a further five films on the horizon, Lionsgate now have their own cinematic universe in place which, for it’s faults, already feels more colourful (figuratively as well as literally) than the MCU and not nearly as rushed as the DCEU. Your enjoyment of Power Rangers could depend on if you were part of the original craze back in the day. For some, it’s the Power Rangers story fans have been waiting for years. For others, it’s a mindless schlock of mopey teens and head-spinning CGI. For me, as a long-time Ranger fan, and even greater fan of well-produced movies, I enjoyed it.

The emotional weight it carries in its intimate characterisations and the sparkling, all-out action may not blend seamlessly together, but I didn’t ask it to. I ask to be entertained, and entertained I was. Whilst it remains to see if its contrasting tones will bode well for the film’s eventual ageing, it’s undeniable that, in a landscape littered with unwanted cinematic universes, Power Rangers has plenty of spunk and a bit of snap ans growl to it too. It has everything a Power Rangers fan could ask for – Zords, strong heroes, snazzy Ranger suits and badass villains. They’re delivered with short, sharp bursts however, and thus become more rewarding when such elements to eventually appear.

But that’s not quite the real reason I enjoyed Power Rangers the most. Israelite’s muscular focus on characters pay off, because I now have a hard time thinking the original Mighty Morphin cast are the definitive Power Rangers, which wasn’t exactly a hard thing to do. Harsh as it may sound, Israelite has clearly used Mighty Morphin as a rough canvas to draw out these characters to their fullest personalities. Anyone can appreciate an enjoyable character in fiction, whether you’re marketing towards fans of fast cars, talking trees, or little blue people. The motives of Power Rangers may be simply to shift a Megazord’s worth of merchandise, but when the tactics used to have an emotional payoff as enjoyable as those seen here, who am I to complain?

Have you seen Power Rangers yet? What did you make of it? Let us know in the comments section below or send us a Tweet!