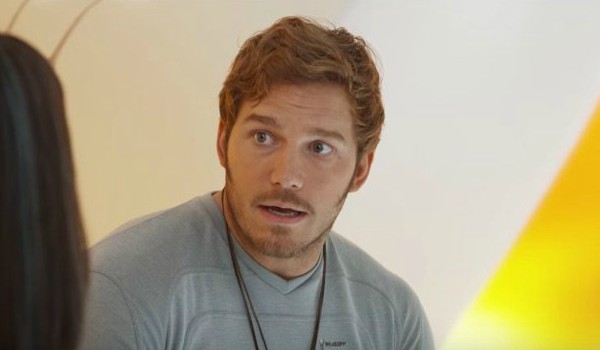 It’s just several more weeks until Guardians of the Galaxy Vol. 2 hits theaters and I, for one, am very excited. With the new movie, Chris Pratt will be reprising his role as the one and only Star-Lord.  In the first movie, Star Lord found his place in the universe as the leader of the ragtag bunch. He was also a little boy inside still very much missing his mom. Thus far, the sequel is going to be dealing heavily with the various relationships that Peter has with other characters.

Obviously the big one is the fact that Peter will be meeting his father. In the comics, Peter’s biological father is a member of the Spartax Empire (sometimes his father is a king and others just a high-ranking military man). In the Marvel Cinematic Universe, Ego the Living Planet is Peter Quill’s father. It’s a little weird.

Still, apparently, Ego had manifest himself in humanoid form which is how he and Peter’s mom got together in the first place. Ego’s played by Kurt Russell. Since Peter loved his mother deeply, I do not see Ego and Peter’s initial encounter as warm and cuddly as Ego probably wanted. Most of Peter’s issues with his mom’s death were kind of resolved in the first movie, Peter will definitely have some sort of confrontation with his biological father.

Speaking of fathers, or father figures in this case, our favorite blue whistling space pirate Yondu will be back in action alongside Peter. To say that Peter and Yondu’s relationship is complicated would be too nice. Yondu and the Ravagers kidnapped the boy Peter to give to his father, but apparently, Yondu had some sort of fondness for Peter and kept him.

For all purposes, Yondu raised Peter Quill to become to the Star Lord we all know and love. Peter’s relationship with Ravagers is less familial, but technically they were. The Ravagers had a schism sometime between the end of the first movie and the beginning of the second movie. It’ll be interesting to see how things have changed for Peter’s relationship with Yondu.

Lastly, it’s obvious that Peter will be have to deal with his romantic attraction towards Gamora in this movie. As Mantis can read minds/emotions/whatever, she blurts how Peter’s feelings toward the most dangerous female in the universe. In the first movie, we mostly got hints towards a Gamora/Peter relationship, especially with that almost kiss. I suspect that they will probably get together in this movie. Otherwise I think the will-they-or-won’t-they will drag too long, especially with Avengers: Infinity War on the horizon.

Other than his relationship with father/father figures and his budding romance with Gamora, I bet there are going to be great things for the friendship with Drax, Baby Groot and Rocket. Rocket and Quill have been known to butt heads and Drax takes Quill’s humor literally. Any interactions with Baby Groot and anyone on the team is bound to be awesome. Star Lord is the main character of the Guardians, obviously and things will surely get messy and crazy for him.

What do you think Star-Lord will be up to in the upcoming movie?  How will meeting his father affect him? Sound off in the comments or send us your thoughts on Twitter!