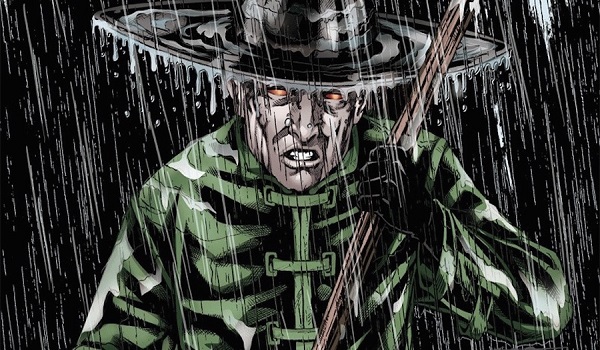 While the first couple issues of Geek Girl mostly dealt with personal dilemmas like cliques and Ruby’s inability to not be geeky, the third issue raises the dramatic stakes by offering more of the world-building and potential threats. A few hints of larger conflicts were sprinkled throughout before, but now Ruby is understanding more of what’s actually going on. Of course, that doesn’t mean her bitchy “friends” have gone away.

After a regular day of saving lives as Geek Girl, Ruby resumes her life only to find that the fight with a girl in the last issue was filmed and put online with the title, “Dork on Dyke.” Karen, the leader of the group that taunts Ruby left and right, mocks her as a lesbian superhero and cites the video as proof of this. Ruby does her best to shake off these insults and learn to be comfortable with who she is. Unfortunately, Karen keeps showing up to ridicule her. After enough of it, Ruby hits Karen and a chunk of her face flies off. It shatters like she’s made of glass. The body then flies away and Ruby chases after it only to be confronted with a mysterious, grim-reaper looking guy. Ruby fights this creature and defeats him when a teleporting girl who has been teased all along shows up. She gives some insight into the fact that they’re from another dimension and there’s more going on than Ruby realizes.

While these two characters don’t seem to pose a true threat for Geek Girl or her friends, they open up the idea that threats from other dimensions could emerge. This is where Geek Girl reminds us, the readers, that this is in fact a superhero comic, even with self-aware remarks like Ruby asking the grim-reaper dude if he’s gonna give his super villain speech. But while we’ve been wrapped up in the cliquey nature of college peers and the struggle of day-to-day bullying, Ruby is still figuring out her role as a hero. The comic thus far has done a great job of showing how bullies can be just as bad if not worse than the actual bad guys.

The issue concludes with an epilogue which works like a post-credit scene, glimpsing at what’s to come without giving away much. It seems Ruby will be going into action in the next issue and we’ll get even more knowledge as to what this threat is. We also haven’t seen Lightening Storm in a while so maybe she’ll make a comeback. And all of Geek Girl’s superhero allies are still recovering so she may have to deal with this on her own.

At the beginning of the comic it says issue #3 of #4 so we’ll be wrapping up this story by Sam Johnson and Carlos Granda next issue. This is sure to be an action-packed conclusion that will hopefully tie things up in a satisfying way. As a character arc, it has been fascinating watching Ruby come to terms with who she is and ultimately be okay with that. It’s something many of us deal with and makes for a compelling and relatable character.

What did you think of Geek Girl #3? How do you think it’s gonna wrap up? Let us know in the comments or on Twitter!