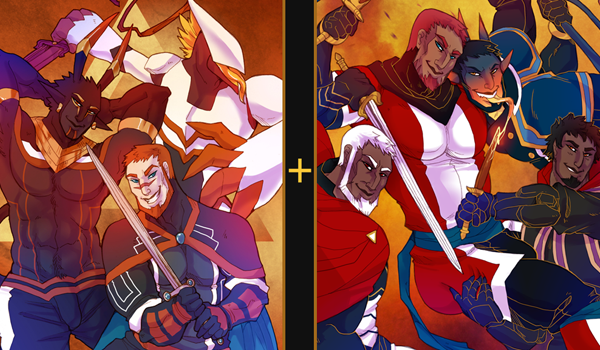 Aero Zero is proud to announce the Kickstarter campaign for the second volume printing of the two most beloved consensual sexually explicit gay monster webcomics on the internet, Men+Monsters and Ace of Beasts. The campaign runs until May 5th.

Created, written and lovingly drawn by Aero Zero, Men+Monsters and Ace of Beasts are sexually explicit gay fantasy action-adventure webcomics set in a shared fictional world of men, feral monsters and monster people. Their fun, humorous and genuine character-driven stories have been praised by many readers, as is their positive and consensual depiction of polyamory as well as many kinds of sex and kinks.

“My comics are stories that I’ve wanted to tell for a long time,” says creator Aero Zero, creator of Men+Monsters. “I made strong diverse gay and pansexual men wearing detailed costumes, unique monsters, and narratives set in fantastically colorful worlds filled with kinky, healthy relationships. And it turns out people love Men+Monsters and Ace of Beasts for all those reasons and more, so I’m very happy to be creating comics that bring so much joy to people.” 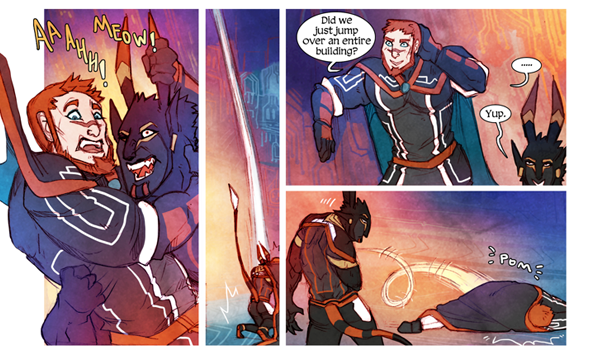 Men+Monsters follows a teratophile knight, his monster lover, and their robot companion as they go on an adventure to mend the rift between monsters, humans and robots with every sword they have.

Men+Monsters Volume 2 contains chapters 4-6 of the webcomic, with adventures including our heroes visiting a town of robots who are opposed to the kinkiness they bring with them, a secret cove discovered near Monster Town which is more than it appears to be, and a silly end chapter where our heroes open a sex toy shop while an outside force threatens the town once again. The book contains scenes with monster sex, tentacles, some language, robot destruction, robot sex, vibrators, bondage gear, sex magic, and occasional meows from a cat man. 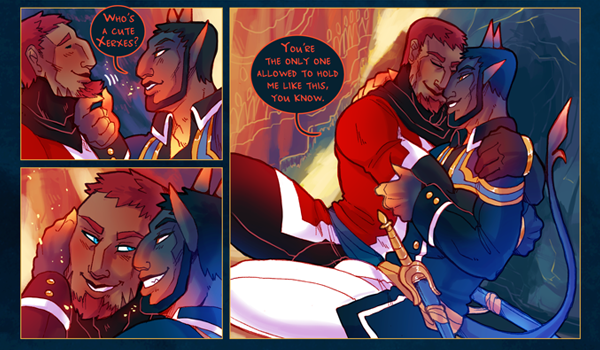 Will you be backing these comics? Let us know in the comments section below or send us a Tweet!