Home » Spider-Man’s Place in the MCU 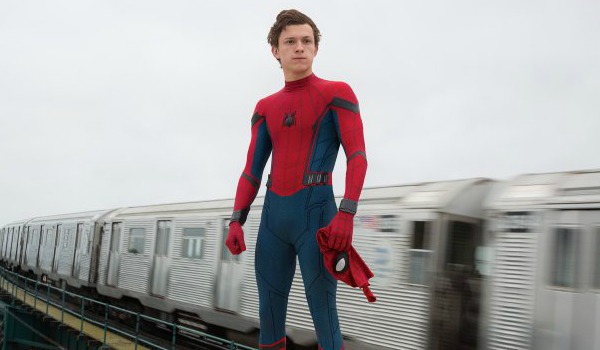 We were all excited when it was announced that Spider-Man was going to be in Captain America; Civil War. After the lackluster nonsense of the failed reboot The Amazing Spider-Man, I think we all were feeling some Spidey-fatigue. Like Batman and Superman, Spider-Man already boasted five movies before Civil War. But newcomer Tom Holland was announced to be the newest Web-Slinger and he was a delight in Civil War. Now, Spider-Man: Homecoming is out (or will be shortly) and there are two questions. What is a teenage Spider-Man’s place in the MCU? And does the MCU have room for a teenage superhero?

The second answer is easier with a short answer of ‘yes.’ Spider-Man was the creation of Stan Lee in 1962 who had decided to create a hero that hadn’t done before—a solo teenage superhero (who definitely wasn’t a sidekick). It took years in the comic books for Spider-Man to officially join the Avengers (the 2000s). Spider-Man was a solo, loner hero, despite his teaming up with every A-list and B-list and even C-list superhero under the Marvel Universe sun. Spider-Man was the first teenage (because he was fifteen when he started being Spider-Man) hero of his kid. He set off a revolution that led to the door to the X-Men, the Teen Titans, and teenage heroes on their own.

Marvel’s already looking to the future and the long-term development of the MCU. Certain Marvel cast members like Robert Downey Jr. and Chris Evans are nearing the end of their tenure was their respective superheroes, so of course, it would be best to introduce new, young blood to the franchise. Spider-Man is just the first. Cloak and Dagger and The New Warriors will be airing on Freeform (targeted at the teenage demographic for ABC/Disney), centered on teenage and young adult heroes. Not to mention The Runaways on Hulu will be out soon. Who knows what teenage superheroes will be getting their own shows and movies? (Me, I’m hoping for a Ms. Marvel, Kamala Khan Movie or TV Show).

Now, for Spider-Man’s place in the MCU, it’s a bit more complicated. Spider-Man, so obviously in the MCU, is still learning how to be a hero. The mentor-student relationship that they started to build in Civil War with Iron Man and Spider-Man is very interesting and continues in Homecoming. Some people are complaining that there’s too much Iron Man involved with Spider-Man. That Spider-Man’s supposed to be a solo hero. Blah. Blah. However, I think that this is a good way to start Spider-Man’s tenure as a MCU hero and end Iron Man’s tenure.

Iron Man 2, if you recall, was a lot about Tony’s relationship with his father and the concept of legacies. Legacy. What will Tony Stark leave behind? We see it in Iron Man 3 and Avengers: Age of Ultron where Tony is trying to understand his place in the world and what he can do to make it a better place.

The answer wasn’t too obvious at first. But it’s Spider-Man. Not just Spider-Man, but other teenage and young adult heroes who need a guiding hand and training to continue the work that the various members of Avengers started. No hero can do everything alone. Spider-Man tried that all the time and you know what, the Parker luck and his inability to trust other people led Spider-Man astray many times in the comics. That’s why Heroes have supporting casts—like Wonder Woman had in Steve Trevor and the fellas and Captain America had in the Howling Commandos and Iron Man had in Pepper, Happy and Rhodey.

It may seem like Sony’s only lending Spider-Man out to the MCU and Spider-Man won’t be a permanent fixture.  But Spidey’s back where he should be. A superhero of NYC, who has countless heroes living in the city, where run-ins and team-ups are common place. It is one of the charms of Marvel.

What do you think? What’s Spider-Man’s place in the MCU? Do you think that there’s room for teenage heroes in the MCU?  Sound off in the comments or send us your thoughts on Facebook or Twitter!