Home » 6 Things We Want from the DCEU’s Flashpoint 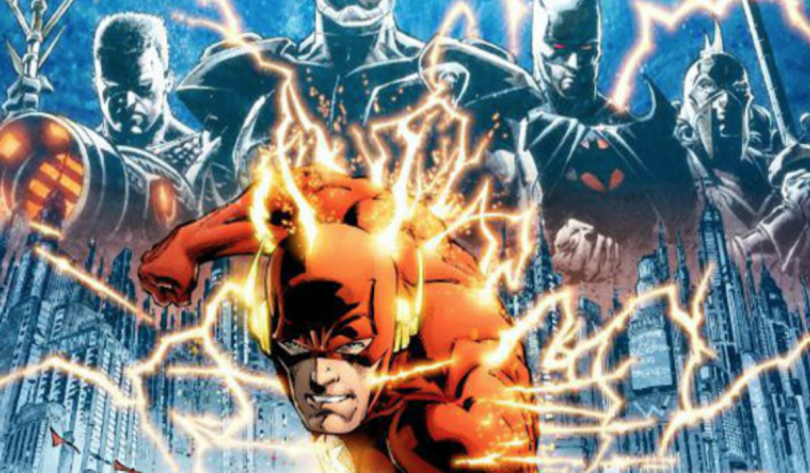 Following a string of departing directors and writers, script controversy, and development problems, The Flash movie originally set to premiere in 2018 has been officially changed into Flashpoint and set for a 2020 release. With no director currently attached (Robert Zemeckis is rumoured to be the likely choice), Flashpoint has the potential to do a lot of good for DC’s struggling film franchise. Wonder Woman was an undeniable hit and Justice League may prove to be successful as well, but everything past 2017 is ambiguous at best and troubled at worst.

Adapting the 2011 comic story arc, in which Barry Allen finds himself in an alternate DC universe embroiled in global conflict, is a strategic move for the DCEU. If needed, it could serve as a soft-reboot of the franchise, changing things for future films by the time Barry gets back to the regular universe. It could also simply serve as a fun detour from the other films, able to be watched on its own as a fun, science-fiction superhero story. It’s unclear as to which route DC is planning to go for, but in the mean time, here are six things we want to see in the DCEU’s Flash “solo” movie: 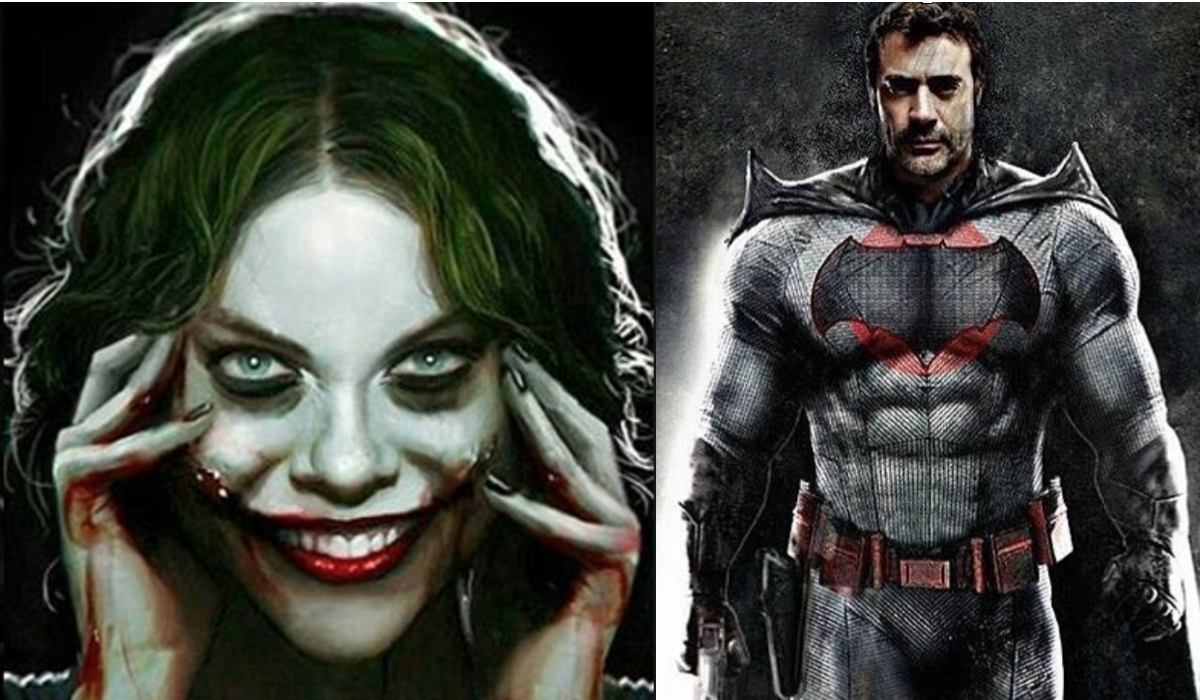 Normally, too much forward-thinking in a franchise film can be distracting from the plot and overcomplicate a three-act story (look at Avengers: Age of Ultron for proof.) However, the casting of Jeffrey Dean Morgan and Lauren Cohen as Bruce Wayne’s parents, Thomas and Martha, was a rare stroke of genius for the DCEU. Fans were enticed at the premise of them coming back in some way or another, but even if they didn’t, it was nice to see the two actors ever so briefly.

Now that Flashpoint is happening, fans are thrilled at the prospect of the two Walking Dead cast members reuniting as the Flashpoint universe’s Batman and the Joker. In the comics, young Bruce was killed in Crime Alley instead of his parents. Their grief and anger drove them apart and created two dark and disturbed versions of the classic characters. The talent between these two actors is more than enough to make them memorable and compelling supporting members in the Flash’s story. 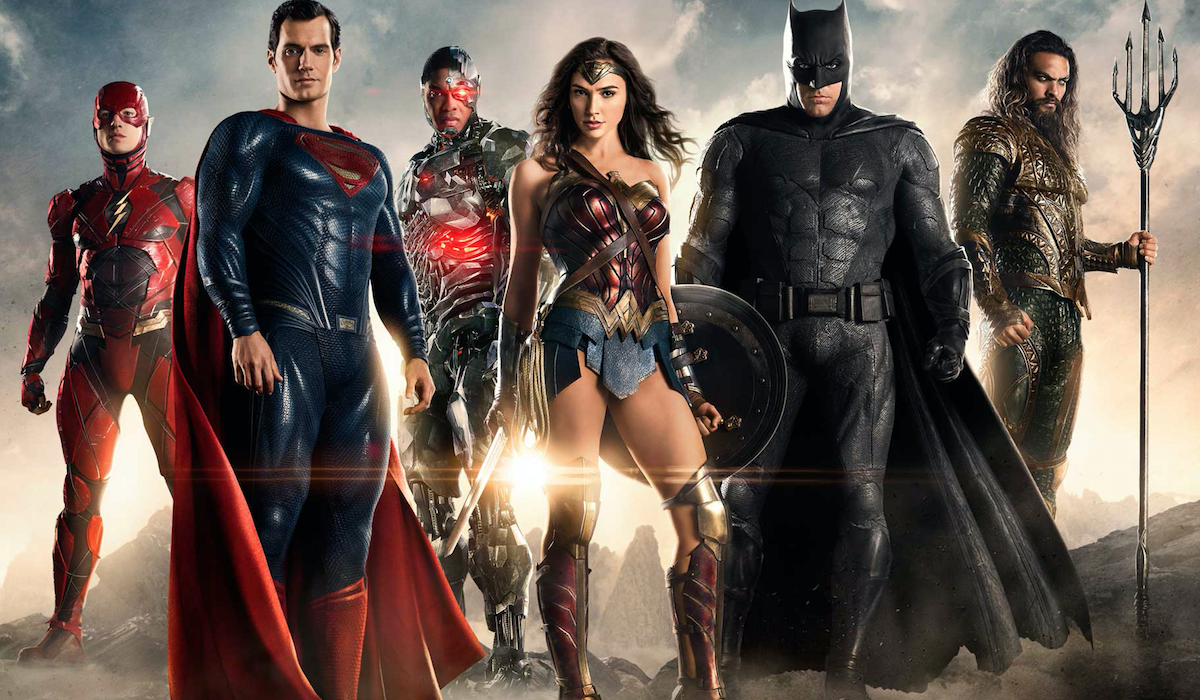 The shock of Barry suddenly finding himself in an alternate universe will only resonate with the audience if we’ve built up a connection to the regular DCEU. So far, universe building has gone okay at best, but as I said before, Justice League may improve circumstances dramatically. Between Justice League and Flashpoint, we will have presumably seen Aquaman, Shazam, Wonder Woman 2, The Batman, and possibly Cyborg and Green Lantern Corps. Five to seven films is more than enough time to build a universe of familiar faces and themes so that when we are dropped in a new one, the differences are more than superficial. For a Flashpoint Batman to work, we need to know what makes the regular one tick. For Wonder Woman and Aquaman’s bloody war to mean something, we need to see what their relationship is like in reality. And besides, even if all or most of this world-building does not come into play in Flashpoint, it’s still character development! More of that in the DCEU is only a good thing.

4. Cameos for Laughs and Otherwise 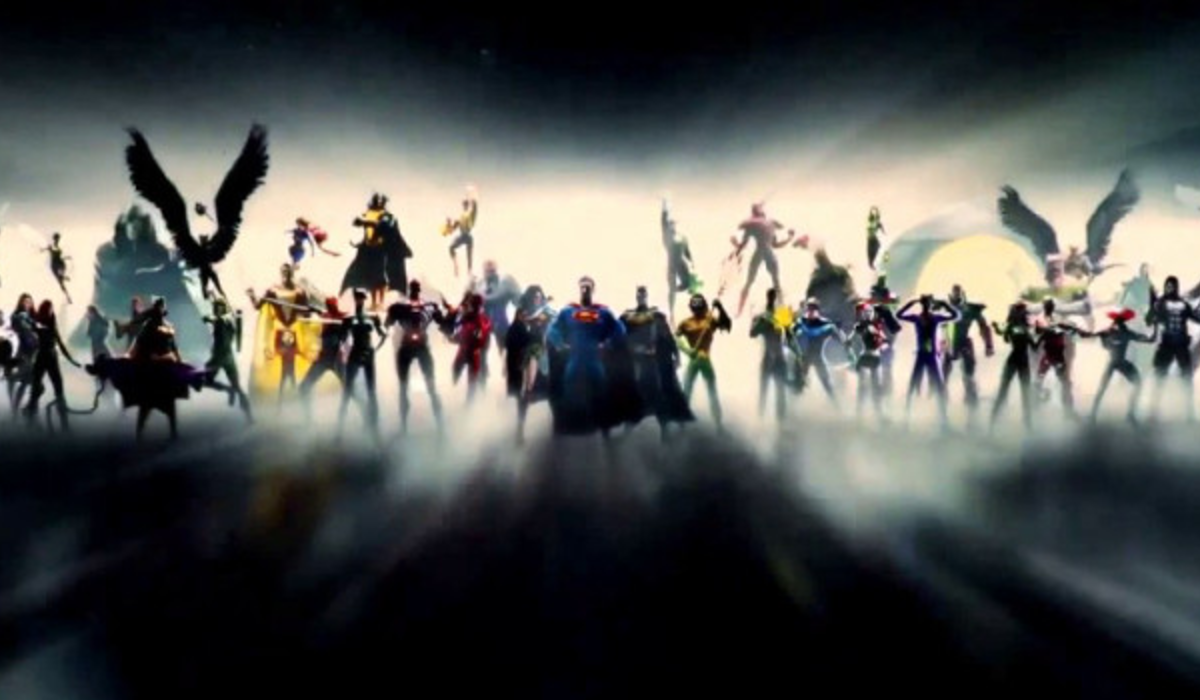 On the topic of characters, not every DC player should have a large role in Flashpoint. Logistically and financially, that would be difficult to put together, and it runs the possibility of turning what should be a Flash story into a Justice League one. What may be better for some of the more peripheral characters would be quick cameos either as in-jokes or small parts played seriously. I could see Laurence Fishburne playing a docile Perry White in the background of a Buzzfeed-style press office, or a string of D-list Batman villains that in Flashpoint are menacing and dangerous (Killer Moth cameo, anyone?) One could also revive good actors’ dead characters, like those of Holly Hunter, Robin Wright, or Kevin Costner. Before realizing the weight of his situation, Barry (and the audience) should have a little fun with this new universe and seeing familiar faces in new roles would be a good way to do that.

3. Be Bigger than the TV Adaptation (Or Animated Movie) 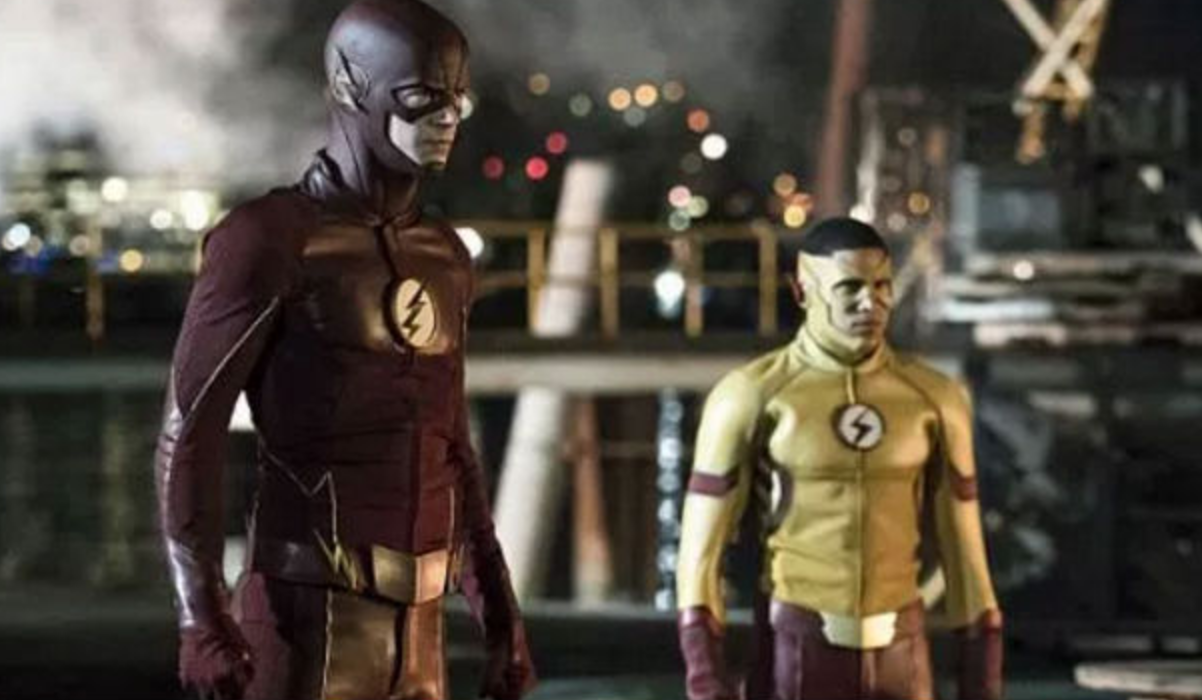 The CW’s The Flash is a great show, but their handling of the Flashpoint story was brief, disjointed, and frankly a little boring. With so much promise built up between Seasons 2 and 3, Barry’s one episode jaunt in the Flashpoint world was underwhelming. Yes, the repercussions of his journey were lasting and had a significant impact throughout the season (best seen in the crossover with Supergirl, Arrow, and Legends of Tomorrow), but his actual time in Flashpoint left much to be desired. On the other hand, the 2013 animated film, Justice League: The Flashpoint Paradox, was an excellent re-telling of the comic story, adeptly summing up a very expansive universe in just under an hour and a half. It’s a very good model for the DCEU version to look toward, but a big-budget, live-action movie should definitely go bigger. Between these two versions and the comics, screenwriter Joby Harold should have plenty to work with.

2. Lasting Changes in the DCEU! 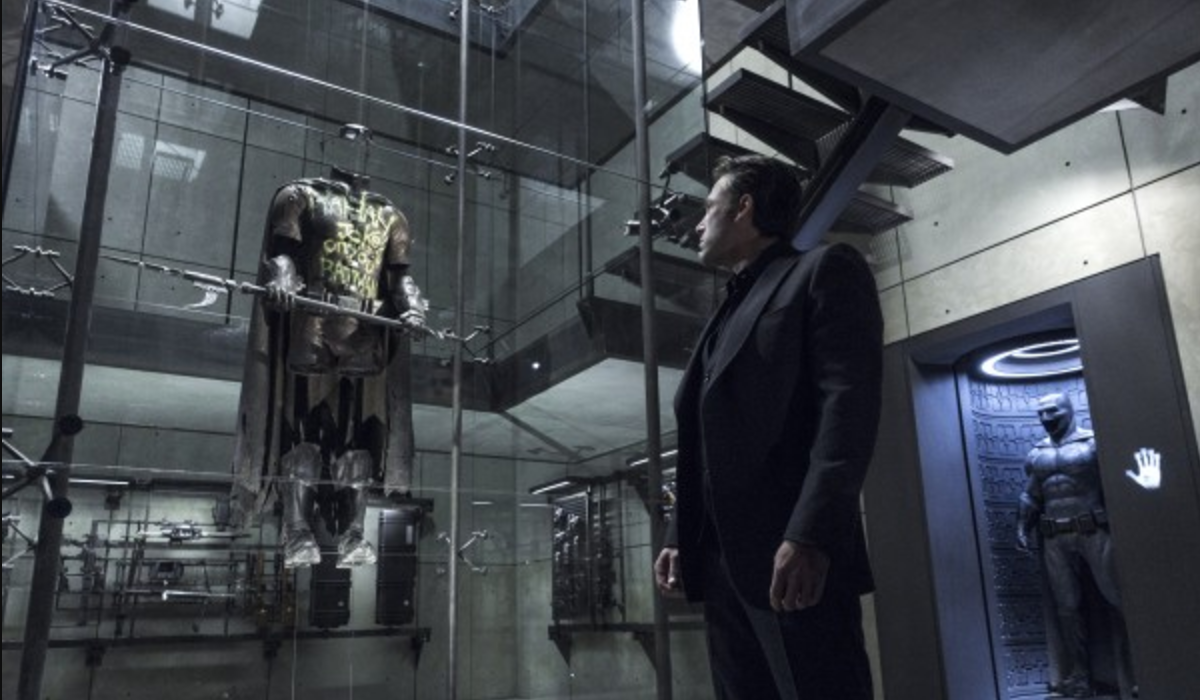 With Zack Snyder‘s abrupt and tragic departure from Justice League, in addition to rumours of Ben Affleck leaving The Batman (he has since denied wanting to, but one never knows) and other behind-the-scenes problems, maybe a soft-reboot is needed for the DCEU. This shouldn’t change things majorly, like recasting lead actors or ignoring entire films (even if one writer wishes it would) because that just isn’t feasible. But the Flash’s meddling with the multiverse could result in smaller-scale changes that would improve on mistakes of the DCEU’s films so far and move future ones in a better direction.

Jimmy Olson could be brought back to life instead of being unceremoniously killed in the desert. Martha Kent could’ve been the one who perished in Man of Steel, leaving Superman with Jonathan as a mentor and a slightly different outlook on life. Batman’s dead Robin could make a miraculous return (as Red Hood, perhaps?) and spur an emotional crisis in the Dark Knight in a later solo venture. Whatever the ramifications, Flashpoint should have some and have them mean something in the grand scheme of the DCEU.

1. Keep it Centred on the Flash 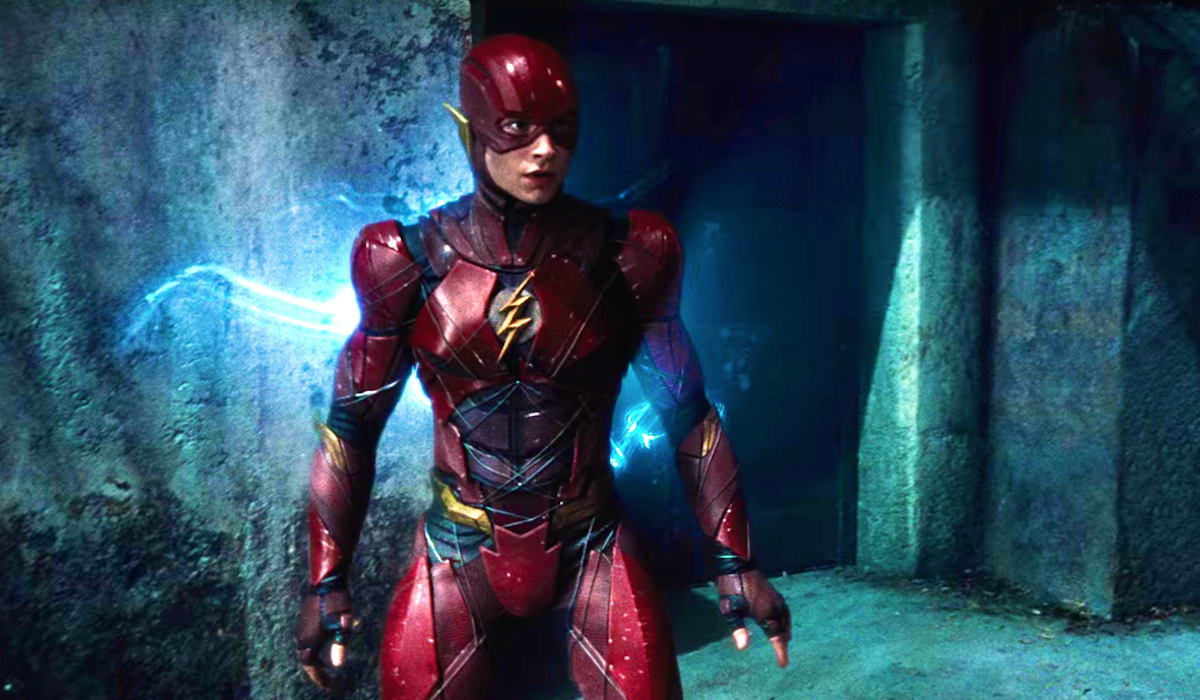 There’s a reason I put “solo” in quotes when I referred to Flashpoint as the DCEU’s “solo” Flash movie: When the comic run of Flashpoint came out, some fans expected a massive, Justice League-scale crossover and were disappointed by how Flash-centric the main storyline was. Some characters got a lot of focus, like Batman and Cyborg, but most were either relegated to spin-off issues or ignored altogether. While this may have been to the comics’ disadvantage, keeping this film centered squarely on the Flash is its most integral key to success.

Ezra Miller has the bad luck of showing up in the movies as Grant Gustin does a terrific job of playing the same character on TV. Miller could very well leave an impact after Justice League, but he’ll need his own movie to give us a reason to care about two Flash’s at once. He’ll have the difficult task of bringing to light all the things we love about the character, while remaining distinct from Gustin’s weekly portrayal. If he isn’t given enough screen-time or development in his own movie, then there is no hope for his Flash to leave his mark on the DCEU.

Are you glad that The Flash has turned into Flashpoint, or were you hoping for a true solo story? Tell us your answer and more in the comments or send us your thoughts on Facebook or Twitter!