Home » No Such Thing as a Cheap Death: Vanguard Book 2 Doesn’t Disappoint 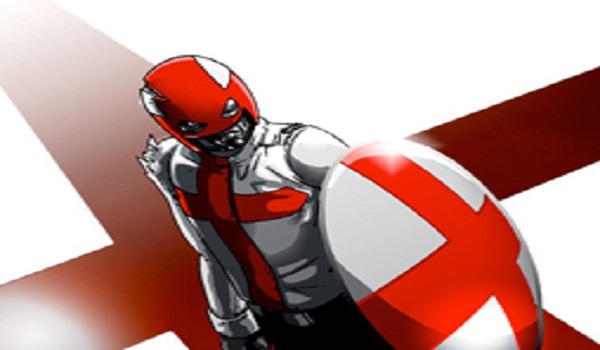 Vanguard Book 2 continues the story about UK superheroes, written, drawn and created by Dan Butcher. It contains issues #6-#9. After the mind-blowing, fascinating first book, I didn’t think it was going to get any better. I was wrong. The creator has only progressed in his storytelling skills since the first five issues. Since I jumped from reading the first book to the second quite quickly, it was still fresh in my mind the events of issues #1-#5. But for those that had a break between, there’s a handy summary of the first five issues before issue #6 started.

At the end of the last issue, the Vanguard were public enemy number one. Issue 6 started with a series of attacks on oil reserves of the UK around the globe. It switched quickly to Pendragon arrived at his General friend’s home to find the massacre. While Ophelia, Pendragon, and Cates try to figure out what’s going on, the rest of the team (minus Kingsword, who was protecting the last UK oil reserve) are held (including non-superhero personnel).

I’m not going to lie. Sh!t got real, real fast. Pardon my vernacular.

Between the US being absolute a-holes to the UK (truth in history), assassination attempts of the Vanguard by the Nine, and no more food in the UK (no food = riots), we learn about the true baddies of the series—Daedalus and the Hollow Men.   (Someone knows his Greek mythology). Things quickly become destabilized in the UK.

The highlights of this particular book was Vanguard v. the Nine (the two UK teams) followed quickly by Vanguard v. Xtreme. Now, I can’t go into much more detail without giving too many spoilers away for the story’s impact. But it’s gruesome. There’s lot of death and a lot thing go very wrong (Murphy’s Law, in action, my friends). Issue 9 is aptly named “End of Everything.”

Everything I liked (link to first article) about Vanguard Book 1 was a part of Vanguard Book 2. The use of the news, media, and twitter were well-placed. The commentary on political and social matters were too scary relevant, but that was point. The characters were wholly good but not wholly bad. I like morally grey characters done in the right way, as Dan Butcher does.

Next, I loved how the stakes and the situations were raised to absolutely terrible. Not everyone makes it out of battles alive. It’s horrifyingly real. Death is cheap in superhero comics. How many times did Cap die? How many times did Superman and Batman both die? Unfortunately, I am totally used to characters, who were definitely dead, coming back to life somehow. Japanese anime (looking at you, DBZ) is also cheap with death. Hopefully, there will be no author a$$pulls to bring anyone back to life.

My only issue (and truthfully, it’s not even an issue, just me complaining that the book ended before I found out what happened next) with Vanguard Book 2 was that it ended on a cliffhanger and that’s only because I wanted to find out what happens to my favorites Pendragon and Woden.

Vanguard is absolutely amazing and it deserves all the praise in the world.

Who dies, you ask? Well, you’re going to have to read it yourselves to find out. All of Vanguard‘s issues can be read for free on the comic’s website. Are you a fan of the comic? Sound off in the comments or send us your thoughts on Facebook or Twitter!