Home » What Wonder Woman Represents for the Next Generation 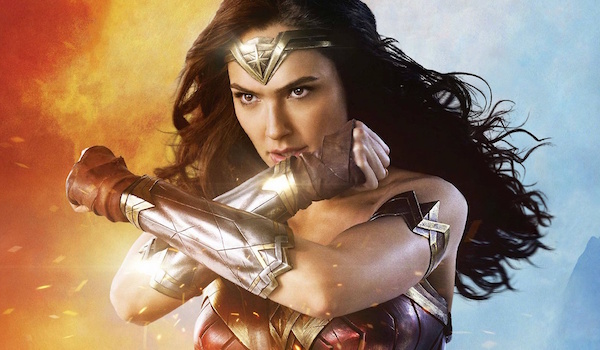 It was an odd sensation walking out of the cinema after seeing Wonder Woman the first time. The usual good mood after watching a great film was there, but so was a feeling that could probably best be described as pride. I’m aware I am spilling out clichés here. But the fact is that Wonder Woman was expected to be a cliché, yet it became something else entirely. Since its premiere in May, critics have been raving about the movie’s surprisingly successful portrayal of a strong female heroine. A rare occurrence in the world of superhero blockbusters. And if a movie manages to make grown women (and men) want to throw on a cape/tiara and save the world, just imagine the impact it could have on the younger generation.

When director Patty Jenkins shared a letter she’d received from a kindergarten teacher on social media, we were reminded about just how much children are affected by the things, and people, they view on screen. The letter told stories of children’s reaction to Wonder Woman; how young girls and boys had taken to the female superhero and her kind, intelligent and brave persona. Jenkins wanted this to be a movie to appeal to adults as well as children, and with that she certainly succeeded. Perhaps she was aware of the impact it could have on a young audience, constantly searching for heroes to look up to.

With so many female heroes found in comics, it is remarkable how few of them that have actually made it to the big screen. Out of those that do, most come across as psychopathic vixens or push-over sidekicks to whichever male hero takes the lead. Yes, there have been some female led superhero flicks, but hardly any that are worth mentioning. Needless to say, Wonder Woman is a long time coming. Other literary works about strong, self-sufficient women have done slightly better in this department, with Katniss (The Hunger Games) and Tris (the Divergent series) developing a large fan base among young girls. Now, it looks like superhero movies have widened their appeal.

If Wonder Woman creates the kind of excitement shown by the teacher’s letter, it will possibly also get more girls curious about comic books. Something that, let’s face it, has been largely viewed as a guy thing.  But the benefits that can come from introducing more girls (and women) to the empowering female figures that can be found on the page should not be ignored. When you think about it, it is actually shameful how these superheroines have been treated in the film industry. We all know it comes down to profit, but it’s not the premise of a female superhero that made those movies flop – they were just bad movies. Just as there are tons of awful superhero movies with a male lead (we just tend to purposefully forget about those). Wonder Woman proves that. 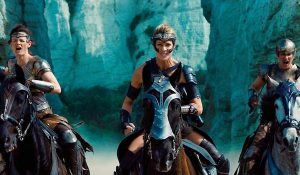 In a male-dominated world, it is about time we get to see a strong, female hero, directed by a strong, female director. For once, it is the women who are responsible for both brawn and brains; with Dr. Poison, Diana and her fellow Amazons doing most of the work in the film. Much of the success of Wonder Woman is undoubtedly thanks to its lead. Seeing as Gal Gadot is basically a goddess in real life, I was probably not the only one rolling my eyes at Hollywood’s casting of yet another supermodel to please male viewers. How wrong I was. Ever since she first appeared on screen in Batman v Superman, and completely stole the show, Gadot has impressed in every way. Her portrayal of Diana Prince is both gentle and fierce, with a manner that inspires rather than intimidates (other than her foes, of course). Adding to that the demigod’s big heart, strong sense of moral and inquisitive mind, it’s not hard to see why Wonder Woman is someone for children (as well as adults) to look up to.  An empowering symbol for girls, she is equally important a role model for boys. Seeing a woman in the role of the ”badass” warrior/hero could possibly contribute to changing the stereotypical gender roles that are so often imprinted onto them from the adult world and the media. I, for one, am hopeful that future movies will continue this positive development.

For me, Wonder Woman was a breath of fresh air. Having said that, if we’re striving for gender and racial equality, it is far from perfect. Hollywood’s just not there yet. I won’t go on about the dominantly white cast, the sexist remarks or even the “America vs. the world” type of thing (maybe a bit more nuance next time?). But there are some things that just don’t make sense. Like why on earth does she have to run around in that outfit?  With her hair down to boot. Seems hardly practical for a warrior like Diana Prince.

How do you think Wonder Woman could influence the next generation? Was this a one-off, or will we see a change in how Hollywood treats female superheroes? Sound off in the comments or send us your thoughts on Facebook or Twitter!