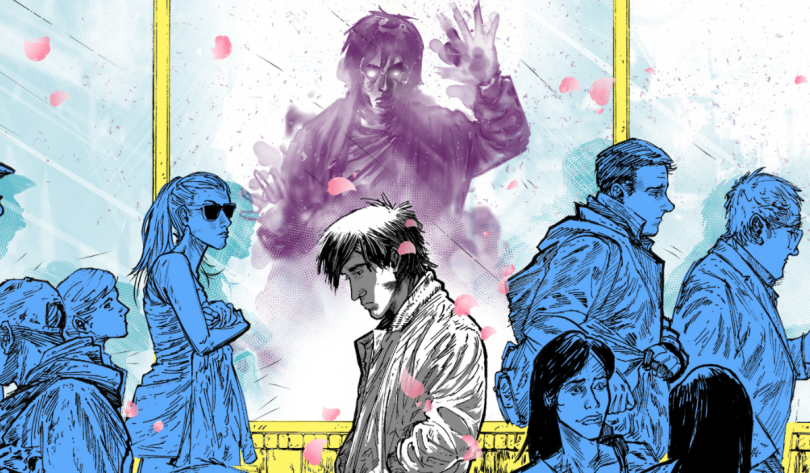 The first volume of the webcomic Seasons is an ambitious twist on an otherwise mundane story. It follows Fletcher Hart Iiams, a loner with little purpose in life, fueled solely by his unrequited love for an officemate, Cathlyn. He projects onto her the solution to all of his problems, but is too nervous and full of self-doubt to make a move. The first half of Issue 1 follows Fletcher’s everyday struggle and while interesting, does not go much further than that. But suddenly, just as one begins to accept the banality of Fletcher’s life, his hands begin to radiate light and he explodes into two beings: his seemingly normal self, invisible to everyone else, and the dark and sinister personification of his anguish. Fletcher is propelled into a world of confusion, as he tries to figure out what happened, what his new powers contain, and how to stop his evil reflection and other shadowy beings from harming everyone he loves, including Cathlyn and his estranged family. 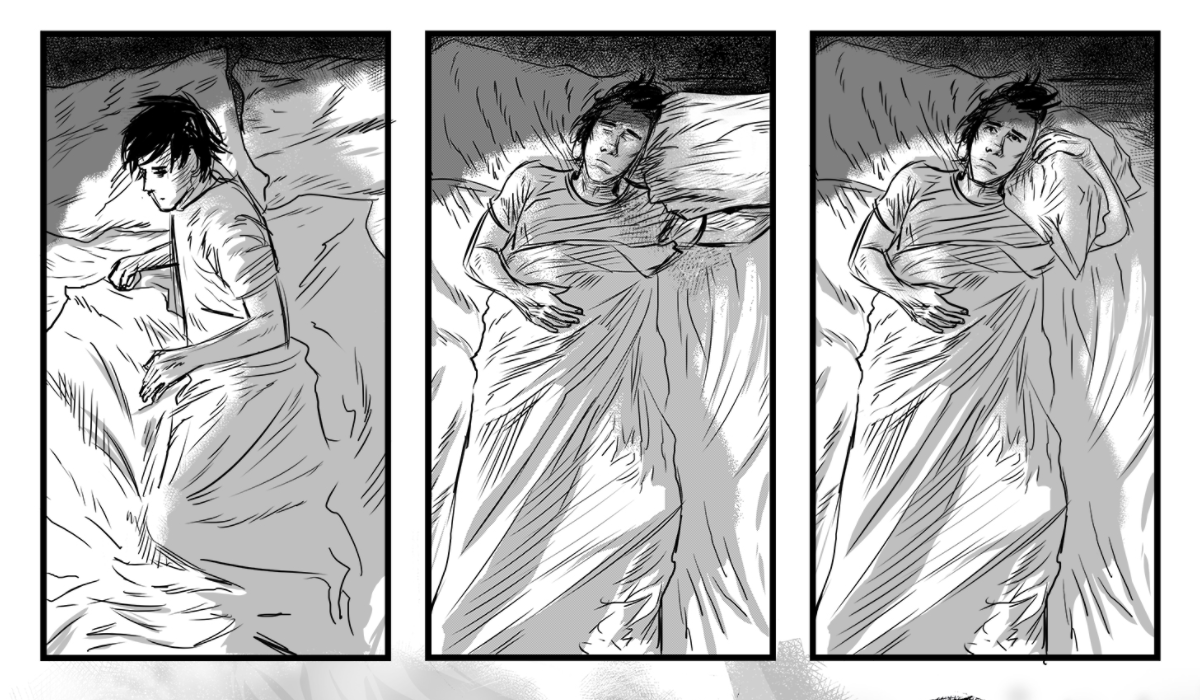 Seasons knows exactly what kind of comic it is at all times. It leans into appearing boring and routine when Fletcher’s life is exactly that and the story’s shift into supernatural territory is exciting and surprising. The shaded artwork by Anthony Gonzales-Clark is as much responsible for building Seasons‘ world as the comic’s writing. The sometimes overlapping narrations of Fletcher, Fletcher’s dark reflection, and the third-person narrator pace the story well. Issue 2’s parallel storytelling between both Fletchers is especially effective. What could have been complicated and confusing instead keeps the reader invested in the plot and characters instead of focusing on how the comic is structured. The cliffhangers from issue to issue are also very good, with special mention going to the chilling sight of the dark Fletcher greeting his parents at the end of Issue 3.

Splash pages are used to show emotional beats instead of action sequences, but when the action does start, Fletcher’s light-based powers are fascinating to see in play. I’ve never seen light effects drawn in this style before; they almost look liquid, like Fletcher is molding it instead of simply projecting it out. In fact, the artwork often compensates for elements lacking in the story. For example, when Fletcher has an emotional reunion with his parents, whom he has distanced himself from, not enough time has been spent on their relationship for the moment to mean much in and of itself. However, the artwork (mainly the lack of background and pacing between panels) gives weight to the moment and lets it sink in. Over time, I anticipate a growing connection to Fletcher’s parents, but in the meantime, it was the artwork that made me care about their wellbeing. 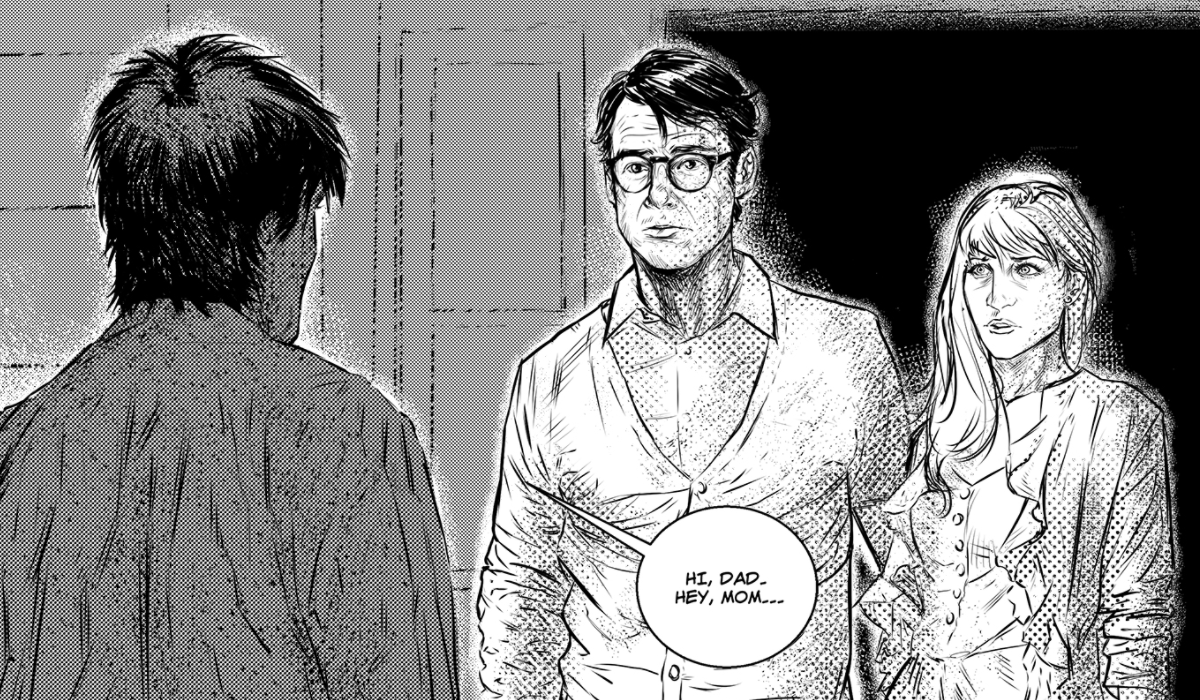 Fletcher as a character is very interesting and thankfully the majority of the comic is spent on him and his inner thoughts. His turn into an invisible “ghost” of sorts is a perfect metaphor for how his life had already been. He’s sympathetic, no doubt about that, but his obsession with Cathlyn can border on the creepy every now and then. Still, his thoughts and actions after getting his light powers are relatable and compelling. I initially wished his backstory was given earlier on, but saving it until Issue 4 (and telling it through his villainous reflection) was clever and worth the wait. He’s a flawed protagonist, but his obsessiveness has the potential to grow into consideration for others and a sense of purpose, which would be a good arc for him.

Issue 4 has yet to be completed and new pages are added every week to the comic’s website. The story has built to what will likely be an earned climax between the two Fletchers, their shared traits, and their stark differences, and I am eager to see how that plays out.

For now, you can check out Seasons‘ website to discover more about the comic. You can also pre-order the collected edition too. Are you already a fan? Sound off in the comments or send us your thoughts on Facebook or Twitter!