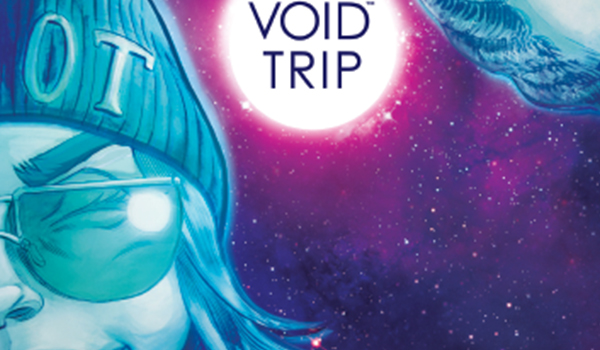 The universe is a far out place, especially when you’re low on fuel, food, and psychedelic space froot. That’s the every day life for Ana and Gabe, the last two humans alive in the galaxy. And yet, they’re still determined to make it to the promise the land: Euphoria. It’s a place that’s said to be a hippy paradise but only time will tell if that’s true or not. From the creators of Turncoat, Void Trip promises to be one hell of a trip through the universe.

The artwork is absolutely stunning as you get a true sense of the isolation yet freedom the desert-like planets the two find themselves on. It’s breathtaking with each turn of the page. Plaid Klaus does a fantastic job showcasing his talents and bringing life to Ana and Gabe as well as the alien creatures they encounter along the way. With the journey just beginning, we’re sure to see more crazy out of this world characters in future issues. Not to mention, with a psychedelic drug being a focus in the story, there’s sure to be some pretty cool, trippy panels and artwork as the series progresses. We certainly hope Plaid Klaus takes full advantage and gives us some amazing artwork. 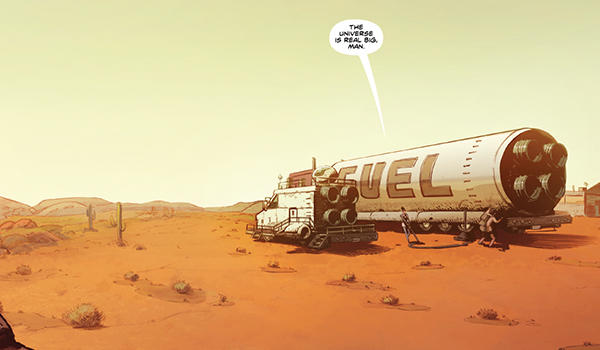 Similar to Turncoat, Ryan O’Sullivan manages to throw plenty of comedy our way. Ana and Gabe play well off of one another and their antics are sure to bring more laughs as the series continues. There’s plenty of mystery surrounding the two and their free-spirited nature is alluring. After all, they’re just two crazy cats searching for the promised land. And let’s not forget about froot, the psychedelic drug that is sure to bring even more chaos and crazy shenanigans.

Despite the funny moments, make no mistake this series has an edge to it as well. Again, there is a bit of mystery surrounding Ana and Gabe and what sort of other bizarre shit they’ve gotten themselves into in the past. The overall tone is very similar to Turncoat and fans of this duo’s previous work can be sure to find this series just as entertaining. And while we only scratched the surface of the story in the first issue, you can be sure there will be more laughs and violence along the way. The story has a lot of potential and given Turncoat’s execution, readers can be sure they’re in for a great treat.

Overall, this is going to be a fun adventure. It’s a road trip with two stoners in the middle of desert-like planets, searching for something beyond the social norms. It’s about isolation and camaraderie. And getting high along the way. We’re excited to see where this story takes us. The possibilities are endless. After all, the universe is really big man.

Void Trip hits comic book shelves on November 22nd through Image Comics. If you’re eager to read the comic or want to give us a shout after you’ve finished, share your thoughts on Facebook or Twitter!