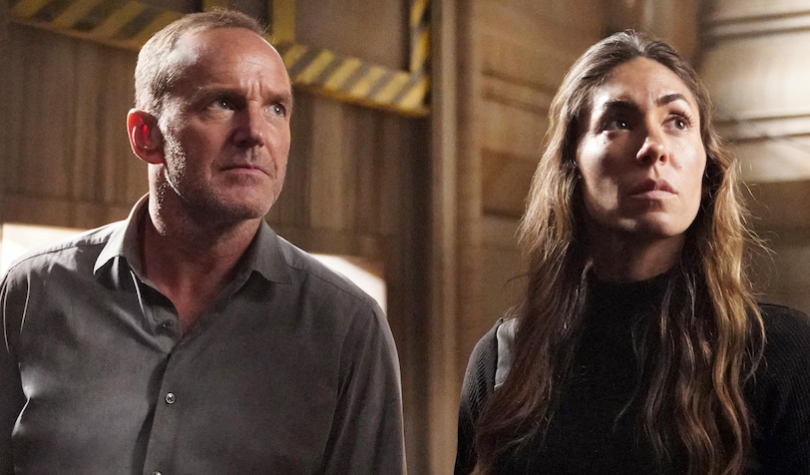 Quite the juxtaposition of worlds this week as Agents of S.H.I.E.L.D. continued to make it clear that the Kree reign supreme on this new world that Coulson and Co. have stumbled into. Unsurprisingly, none of the gang seem too keen to adapt to life on the Lighthouse, though, a few are having a bit more trouble than others…

In the upper levels of the Lighthouse, Jemma is doing her best to adjust to her semi-permanent state of deafness and stay on Kasius’ good side. Something that is easier said than done after the Kree leader is slighted by the mysterious Lady Basha. The anger over the diss causes Kasius to turn his sights on Jemma and command that she assist Abbi, a young girl who has recently undergone Terrigenesis. Not knowing the nefarious reason behind the request, Jemma complies and helps the young Inhuman control her powers.

Unfortunately, the display ceremony is more gladiator death match than anything else and Abbi finds herself forced to face-off against the Agents of S.H.I.E.L.D. version of Bane. Thanks to Jemma’s tutelage, Abbi makes it out in one piece and all seems hunky dory until Kasius then sells the young Inhuman to Lady Basha. Turns out the ceremony was more of a, “test the merchandise,” situation and, thanks to Jemma, Kasius received a hefty sum for the display. 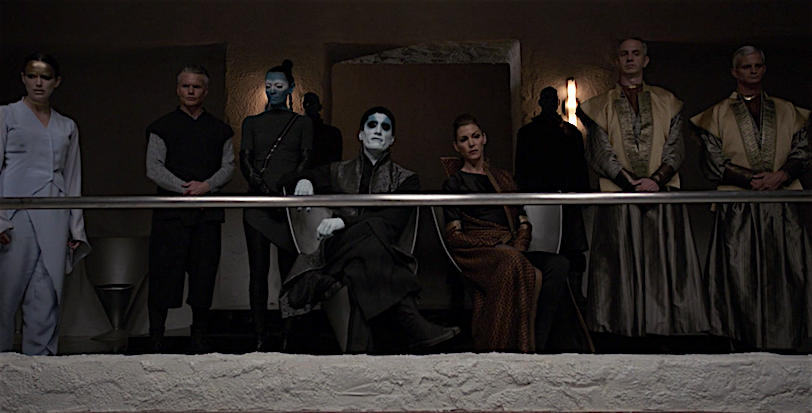 While Jemma is playing her part to perfection (much to Kasius’ continued delight) Daisy is less-than-willing to submit to anyone, least of all Deke. After learning that Simmons has found herself trapped as one of Kasius’ upper level (lets call them what they are) slaves, Daisy becomes determined to save her friend no matter the risk. Deke of course tries to convince her that rushing the upper levels isn’t going to help anyone, but Daisy ignores him in favor of a solo mission.

After YoYo steals the Kree tablet from Gil’s office, handing it off to Daisy before anyone else has time to blink, Quake uses the device to work her way to the upper levels of the Lighthouse compound. She takes out a few Kree along the way but just as it looks as though she’ll make it where she wants to be, she finds herself sandwiched between two glass walls and being gassed.

As it turns out, Deke informed Kasius that Daisy would likely be paying him a visit and the Kree leader was ready for her. As Daisy is gassed, Deke looks on and reminds her that his game is the long one.

Elsewhere, Coulson is focused on using the notebook he snagged from Virgil’s room to figure out if there’s a way back to their time and place. With the help of Tess he, May, and Mack are able to get on one of the day’s scavenger runs out to space. Coulson’s plan of using Virgil’s writing to discover what, or who, the recently deceased has been looking for ends with the gang hearing what sounds like a transmission. While Tess insists that it’s just playback from an older transmission, May insists that it’s coming from the surface of the demolished Earth. 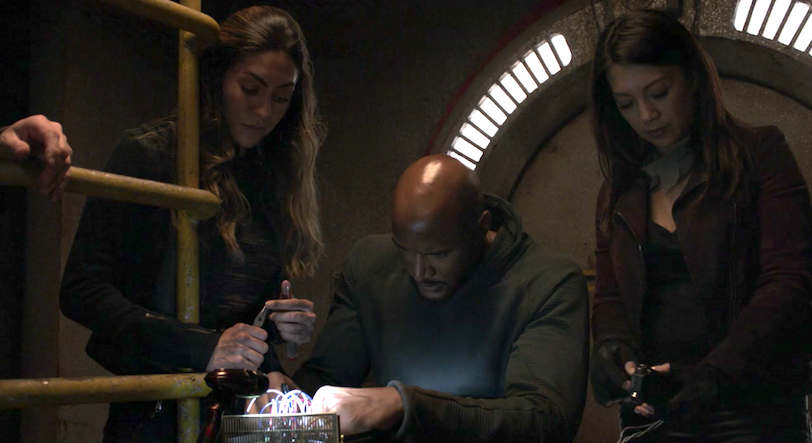 Not a great sign since, according to Tess, the surface is where people are sent to die.

All-in-all, the episode of Agents of S.H.I.E.L.D. definitely felt like a set-up. While not a ton happened in terms of excitement or startling revelations, the pieces are clearly being moved along the board for whatever is in store. “A Life Spent” is an episode that made me think that, like Deke, the Agents of S.H.I.E.L.D. writers are more focused on the long game this season.

Quote of the Week:

What did you think of this week’s Agents of S.H.I.E.L.D? Sound off on Twitter or in the comments below!