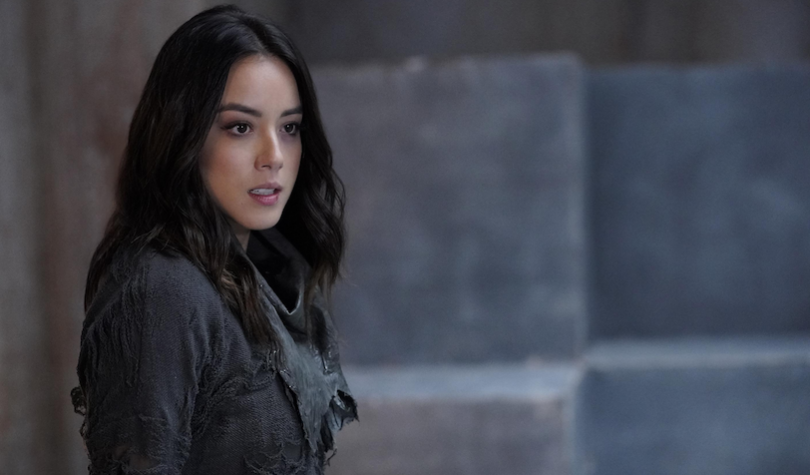 “I suggest you play the game.”

Thus is apparently the motto for everyone on the Lighthouse because it seems that only Team S.H.I.E.L.D. is unaware of the many rules of the station. This week’s Agents of S.H.I.E.L.D. brought with it some startling revelations, as well as the return of a familiar face. Spoilers below!

The key storyline this week focused on the recently captured Daisy and just what it is that Kasius wants to do with her.

With Kasius threatening Jemma’s life, Daisy finds herself getting some first-hand experience with the Inhuman fight club. Evidently, word has gotten around that Quake, “Destroyer of Worlds,” is at the Lighthouse, and an intergalactic auction is about to take place. But before Kasius is willing to bring everyone in for a demonstration, he wants to discover what collusion has been taking place under his nose. With a mind-reading Inhuman at his disposal, Kasius attempts to get the truth out of Daisy and Simmons. 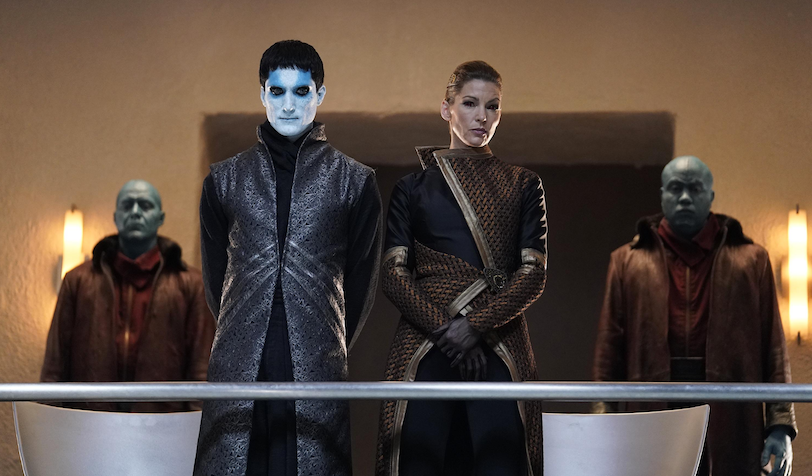 Lucky for the captured agents, mind-reader is team Daisy/Simmons and covers for them, confirming that they’re telling the truth about being transported to the Lighthouse alone. Better yet? The newly introduced Inhuman read Kasius’ mind and discovered that, once the Kree leader makes enough dough to get the hell off the Lighthouse, he plans on bringing the entire station to the ground.

Elsewhere, Coulson and May fill Deke in on why they want to get to the surface while he lies to their faces about where Daisy is and what’s happened to her. Realizing that they probably wouldn’t react all too well to his confession that he’s just sold Daisy to Kasius for a pretty penny, Deke throws the S.H.I.E.L.D. agents off with a story that admittedly sounds like something Daisy would do. Though… it’s not long before Coulson and May discover their space guide has been lying to them. After roping Deke into helping them figure out how to get to the surface, the trio discovers a baby (that the Kree develop in order to increase the probability of new Inhumans) along with a computer filled with blood results from the powered people in Kasius’ possession.

Naturally, Coulson and May are pissed about the discovery but, before they can handle Deke, they get interrupted by a few unwelcome Kree. May, being the utter badass that she is, sends Coulson and an injured Deke away and prepares to take on Sinara and her Orbs of Death alone. While May puts up a good fight… the next scene has Sinara wiping the blood from her balls and confirming to Kasius that she has dealt with the problem.

Just in time too because the auction for the Destroyer of Worlds is just about to begin. Kasius has gathered bidders from across the galaxy to witness Quake in all her glory as she demonstrates her powers before the auction. But one of the potential patrons doesn’t think a mere demonstration is good enough and suggests that, being the Destroyer of Worlds, Daisy should fight to the death.

What kind of person would demand such a thing?

After removing his mask, we see that the mystery bidder is none other than… FITZ!

At this point, we don’t know what he’s doing, or how he’s gotten to the Lighthouse, but next week’s, “Rewind,” should fill us in.

In terms of plot, this was an episode where I couldn’t quite figure out what tidbits were there just to fill time and which moments, seemingly inconsequential now, will lead to major revelations and consequences down the line. There were some great character moments, particularly where Mack was concerned, but what little audiences learned this week is information that was relatively common sense anyways. (Of course Kasius wants to destroy the Lighthouse and of course Deke has some connection to what Virgil has been up to). Some of the other reveals (such as the whole baby breeding thing) were a bit more off-kilter and random but, again, knowing Agents of S.H.I.E.L.D. they could be dropped from the plot completely or become central to the story down the line. Regardless, I’m along for the ride.

Particularly now that the entire gang is back together. I’m sure that I’m not the only one who has felt Fitz’s absence these past few weeks and, while the show is a solid performer no matter what, I’m stoked that everyone is back in one place… kind of.

At the end of the hour, “A Life Earned,” successfully got me excited for next week’s episode so… that feels like a win in my eyes.

What did you think of the latest episode of Agents of S.H.I.E.L.D? Sound off in the comments below and be sure to keep the conversation going on Twitter!