Home » 6 Pitches for Integrating the X-Men into the MCU 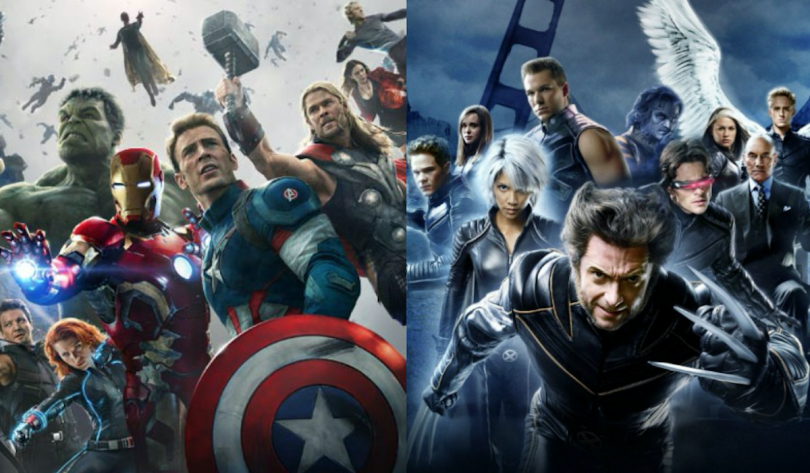 For comic book fans, the historic 20th Century FOX-Disney deal was incredibly exciting to see unfold. Finally, after nearly thirty years Marvel Studios has gotten back the rights to two huge franchises they had sold off to FOX: the Fantastic Four and, perhaps more interestingly, the X-Men. While the Fantastic Four has yet to have a truly successful film adaptation, the X-Men franchise (even with its share of failures) is an overall impressive series of films. What Kevin Feige will do with these mutants in the Marvel Cinematic Universe is up to anybody’s guess, but I do have a few thoughts of my own.

I am likely in the minority here, but I hope the MCU takes a slower approach to introducing X-Men characters into their universe. Just having the X-Men team (and a bunch of their villains) appear out of nowhere in a team-up movie would be too overwhelming and could easily crowd their area of the MCU. This would allow for Marvel to recast their key mutants one at a time and leave a team-up movie for later. All the major players would have their moments to shine before coming together, just like the Avengers had in Phase 1. However, since it seems like most people would prefer for the X-Men to appear as a team from the get-go, I’ll divide this article into two parts. The first three will be for team ideas and the last three for individual pitches I’ve been thinking about. With that said, let’s go! 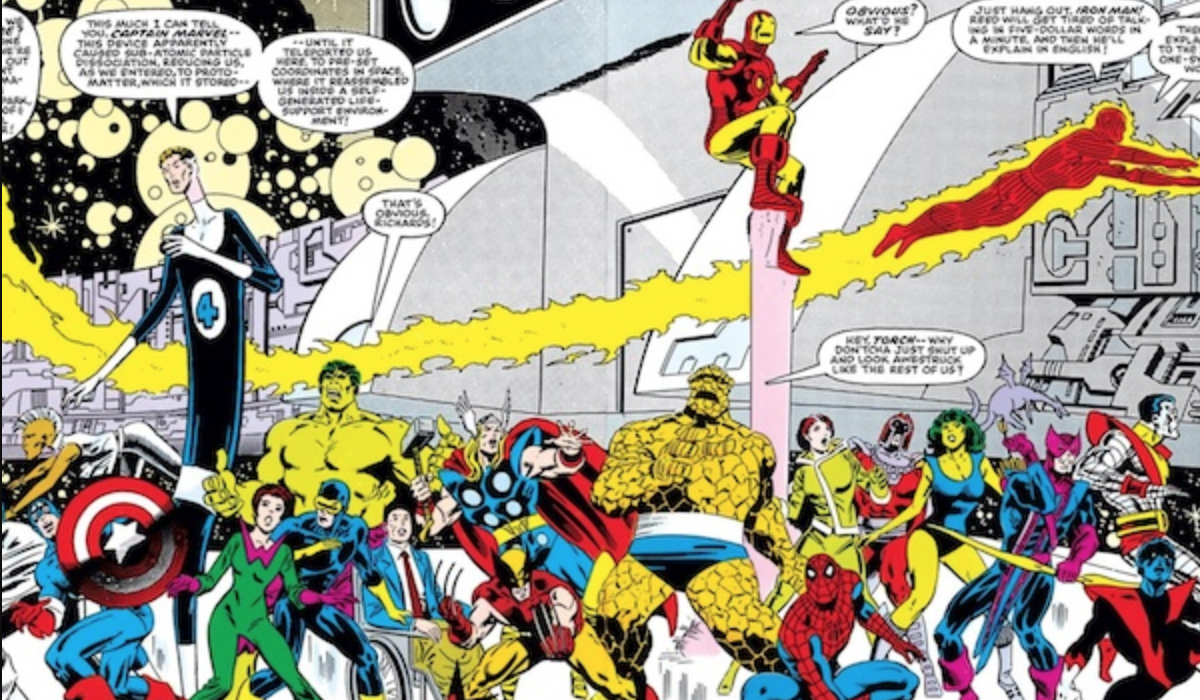 Secret Wars was a crossover event in the mid-1980s where heroes and villains from different corners of the Marvel universe were transported to a faraway planet to do battle. It’s a very simple story, where all the drama and humor come from well-written character interactions and spectacular actions set pieces. This could be a fun way to introduce an entire team of X-Men (let’s say five or six of them) and pair them up with various Avengers, Guardians, or even the Fantastic Four. The film’s main antagonist, the Beyonder (a cosmic being responsible for kidnapping the heroes and villains) could explain that he plucked the X-Men out of a different universe/dimension. It would explain why mutants have yet to appear in the MCU and possibly allow for cast members to return from previous X-Men films. They could even join up old cast members and new ones- the possibilities are endless and creativity should run wild. 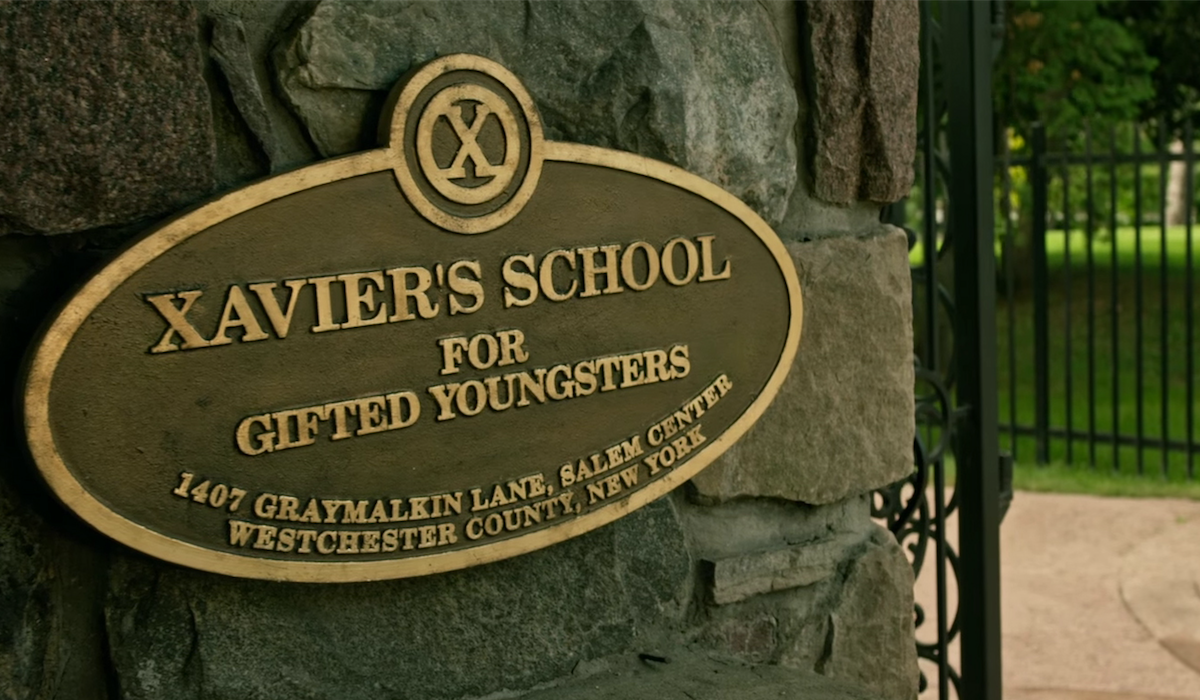 The X-Men are a multigenerational team, with their leader Professor X guiding multiple generations of students. To take advantage of this, an MCU X-Men film could reveal that after some team tragedy in a past decade (to take inspiration from Logan), Professor X disbanded the X-Men, closed ranks at his school, and mind-wiped the world of its knowledge of mutantkind with an enhanced Cerebro. This provides a great ethical dilemma for Professor X and a new group of students to grapple with. At the film’s end, the re-formed X-Men could announce the existence of mutants to the world on their own terms. Here, we would get to see a wholly new cast shine together. 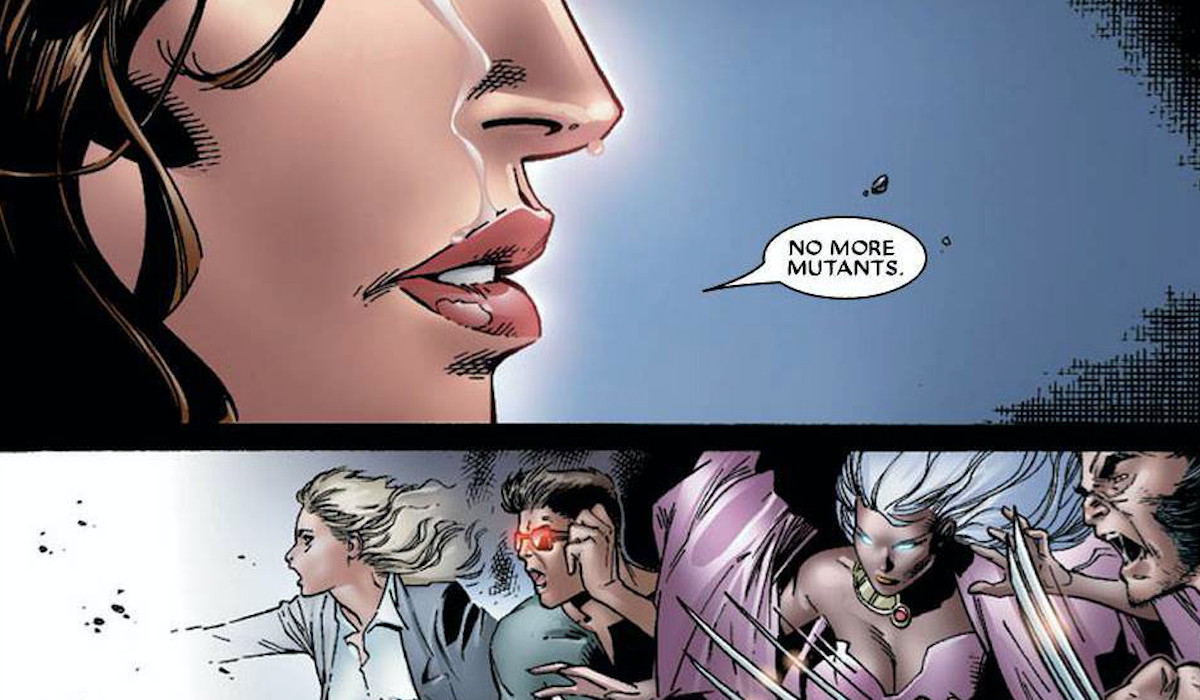 The end of Marvel’s House of M storyline features a distraught Scarlet Witch changing reality to de-power the majority of the world’s mutants. In the MCU, Wanda could change reality in the opposite way, dramatically increasing the number of mutants. The abilities manifested in Wanda and her brother, Pietro, can be partially explained by their latent mutant DNA (which was jumpstarted by tinkering with Loki’s staff.) Like them, a small number of people in the world could also have abilities waiting to be jumpstarted by Wanda’s powers. We’ve seen a world where mutants are known and where mutants are a secret, but to see a world that is suddenly flooded with new and inexperienced mutants would be fresh and interesting. 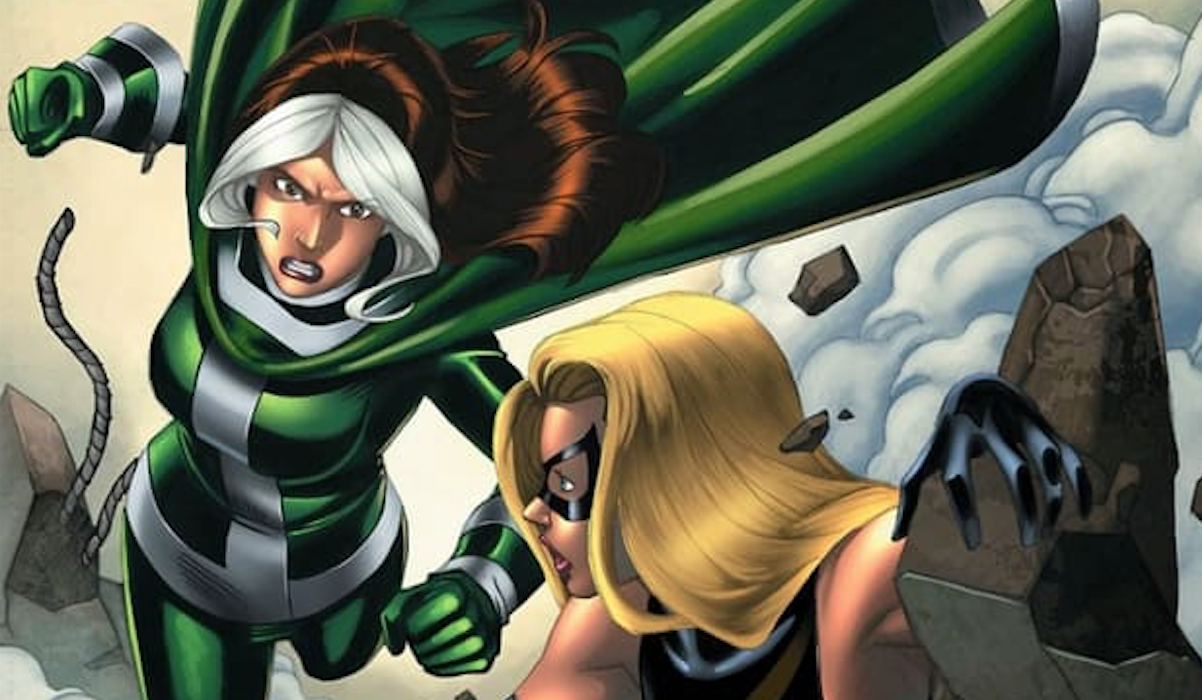 In the comics, Rogue absorbs the powers of then-Ms. Marvel, Carol Danvers, permanently giving her super strength and flight. In a sequel to 2019’s Captain Marvel, an X-Men villain’s manipulation of Rogue and Captain Marvel could cause the two to battle until they team up to stop the villain at the end. I know, it sounds like a better version of Batman v Superman, but with a simple plot the film would have more room for the character development of these two heroines. Rogue would transition into being a hero and eventually joining the X-Men. And Captain Marvel would learn how to be a mentor, paving the way for her to teach a new Ms. Marvel, Kamala Khan, in Captain Marvel 3. The MCU’s Rogue would be mostly based on the comics and would require a very different approach from Anna Paquin‘s. Academy Award-nominated Hailee Steinfeld from Ender’s Game would be perfect for the role. 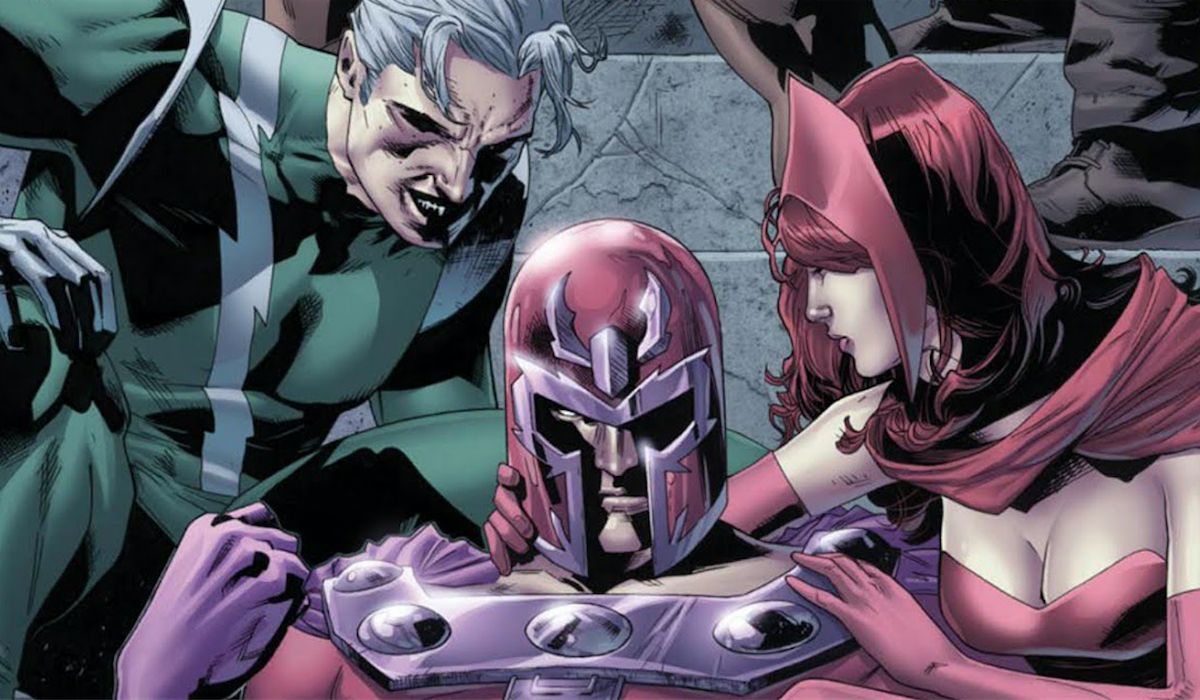 Scarlet Witch is one of the most powerful characters in the MCU and her origin, mostly left untold, is begging to be properly told. A flashback film of Wanda and Pietro before their appearances in Winter Soldier and Age of Ultron would also be a great opportunity to introduce the MCU’s Magneto. Here, we’d see a Magneto in hiding (like in X-Men: Apocalypse) searching for his long-lost children in Eastern Europe and Sokovia as they try to survive after their adopted parents’ deaths. Though they’d cross paths with Magneto at some point, Wanda and Pietro would not yet discover their true parentage or their mutant background- we can leave that for a larger crossover. At the end, Wanda and Pietro would be captured by Baron von Strucker and imprisoned as SHIELD (really HYDRA) test subjects. The MCU’s Magneto would be a father, first and foremost, adding a personal layer to his distrust and hatred of humankind. I would love for Michael Fassbender to play Magneto again in the MCU, but that would be too confusing for audiences. As a replacement, Star Trek: Discovery‘s Jason Isaacs would be great.

1. A Wedding For Storm – Black Panther 2 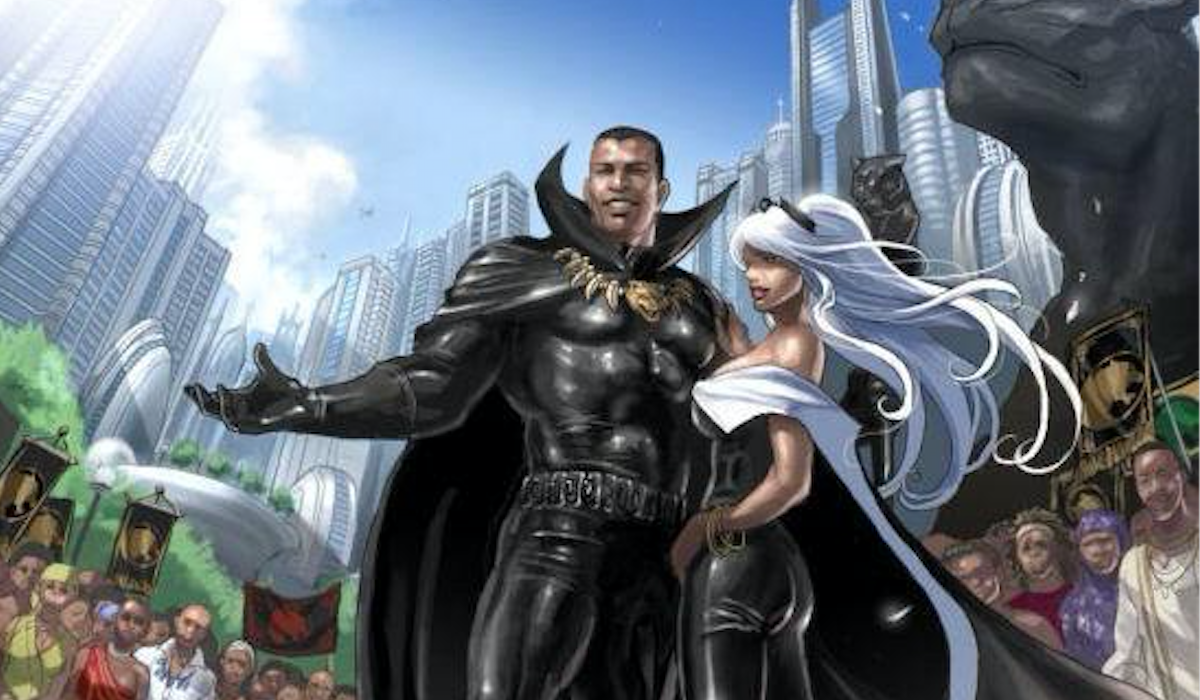 The comic book relationship of Black Panther and Storm is complicated and long-running. T’Challa met Ororo Monroe when they were young adults but broke off their relationship to become the Black Panther and avenge his father’s death. In the MCU, Ororo and T’Challa could have had a brief fling or two before T’Challa’s father’s death in Civil War. In a Black Panther sequel, Storm could re-enter T’Challa’s life to warn of an incoming threat that the two will have to face together. A love triangle between T’Challa, Storm, and Lupita Nyong’o‘s Nakia (his probable love interest in Black Panther) could also be interesting, if not a little clichéd. Tika Sumpter from Southside With You would pair well with Chadwick Boseman‘s Black Panther.

There are many more ways that the X-Men or specific X-Men characters could be integrated into the MCU and it’s likely we won’t see any major integrations until 2020 or later. Until then, we should do what fans do best and have a great time speculating wildly!

How do you want to see the X-Men join the MCU? Which characters deserve to be in the spotlight? And who should play them? Sound off in the comments or send us your thoughts on Facebook or Twitter!