Home » An Exciting Batch of Trailers from Super Bowl LII 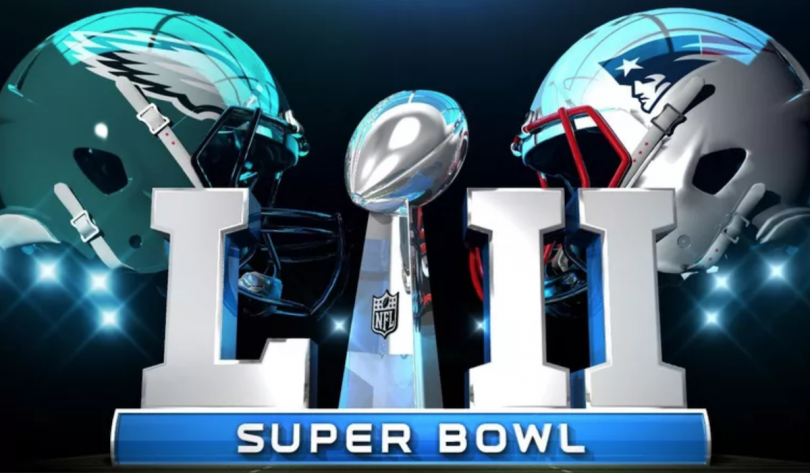 With another Super Bowl behind us, we are once again left with a wealth of movie and television trailers to sort through. Sure, we could talk about the impressive game between the New England Patriots and the Philadelphia Eagles. But this is A Place to Hang Your Cape- not A Place to Hang Your Jockstrap! The following reviews are short and sweet, written after seeing the trailers only once or twice. These trailers may be indicative of their entire films or they may not be; at this point, it is hard to tell. So, with all that in mind, let’s take a look at all the teasers and trailers that we got to see during Super Bowl LII:

The long awaited (perhaps too long awaited?) trailer for Ron Howard‘s Han Solo spin-off film was finally released, via a short teaser during the Super Bowl and a longer trailer released shortly after online. While it is nice to finally see what this troubled project looks like, both glimpses at the film were underwhelming. Solo has a lot to prove, including why a prequel for Han Solo should even exist in the first place. What could have been a daring addition to the Star Wars franchise appears instead like a dull re-tread of bits and pieces from other films. The cast is nevertheless impressive: Emilia Clarke, Woody Harrelson, Thandie Newton, and the perfectly picked Donald Glover. But my reservations about lead Alden Ehrenreich have not yet been assuaged. He did not sell the quip he has at the end of the longer trailer, and though that isn’t much to go on, it does not yet have me hopeful. The pieces all look to be there, but it’s anybody’s guess as to whether or not they will come together successfully.

This movie does not need to be good. Dwayne Johnson has carried worse premises solely based on his charm, so even if this doesn’t land, it will not leave much of a stain on his career or on the summer action season. However, there are some interesting ideas here. At best, Skyscraper could be a streamlined, modernized take on The Towering Inferno. It should have some good action and suspense and use its city-in-the-sky setting inventively. Plus, it never hurts to have Neve Campbell in the cast. If you loved San Andreas, I imagine you will love this one too.

I am a big fan of Harrison Ford‘s take on Jack Ryan in Patriot Games and Clear and Present Danger and I have enjoyed most of the other Jack Ryan films too. John Krasinski is giving it his all in this trailer and I truly hope this show is a success for Amazon. A stellar supporting cast of Abby Cornish, Peter Fonda, and Wendell Pierce will hopefully round out this spy-games premise into an engaging story. Author Tom Clancy wrote two and a half decades worth of Jack Ryan books (and other authors have since continued after his death), so this series could run for a long time just based on modern-day adaptations of the books not yet seen in films. Overall, this trailer has me hopeful for a good series.

Mission: Impossible – Rogue Nation truly surprised me and surpassed my expectations for the series. The previous four films were all decent enough, but the series’ fifth installment completely re-energized the franchise. With all the same players coming back for this sequel, Fallout should deliver some solid action, clever storytelling, and plenty of breathtaking stunts. Seriously, what won’t Tom Cruise do for attention? The good news for Mission: Impossible is that once again, the wait between James Bond films will extend for at least another year, so there won’t be any competition for this spy thriller in 2018. I can’t wait to see Henry Cavill‘s million-dollar mustache in action!

I have never been the biggest Stephen King fan, even as his popularity recently resurged after the box office success of It and critical successes of Gerald’s Game and 1922 (I guess everybody just forgot about The Dark Tower, then.) This year, we will get Castle Rock, a horror-mystery show that combines elements of many of King‘s most well known books. It is hard to tell how they will all come together, but with J. J. Abrams producing, it should come together as an interesting story. Castle Rock boasts an impressive cast for television (André Holland, Terry O’Quinn, Sissy Spacek, and others), proving just how competitive online platforms like Hulu can be.

Jurassic World was a better tribute to the original Jurassic Park than it was its own fulfilling story, but it was entertaining enough. Fallen Kingdom seems to be moving in the right direction with this second trailer. It looks like the second half of the film (after the island is destroyed by some cataclysmic event) will take place in a large mansion, a perfect setting for a dinosaur-people hunt. The best moments of these films are when the main characters are in real danger. The special effects are cool, but the characters themselves must make a viewer care about the film for it to work. The mystery of a new hybrid dinosaur is nothing new for the series, but it could always surprise us. I remain skeptical of this sequel, but even if it disappoints, it will likely still be a fun popcorn flick.

This was easily the most intriguing trailer to drop during the Super Bowl. 13 Cloverfield Lane was a clever breath of fresh air among clichéd monster movies that imitated the original Cloverfield since its release in 2008. The Cloverfield Paradox, already released on Netflix in a truly bold marketing approach, promises to expand the Cloverfield lore while retaining the last film’s more human-centric approach. Its solid cast and creative science-fiction premise should be enough to get this movie some attention. And even though early reviews of the film are not complimentary, since it was already released online, you might as well give it a watch, even if just to see what the fuss is all about.

For me, Westworld was an unexpected masterpiece. Its world-building was superb, its cast incredible, its cinematography and writing wholly beautiful, and its special effects (not to mention the extensive practical costuming and set design) blew me away. This second season has a lot to live up to, but after seeing this trailer, all signs point to an equally impressive follow-up. The first season’s finale set up several fascinating story threads to explore and I have no doubt that a show as sophisticated as Westworld will explore them to their fullest extents. With a year and a half between seasons, HBO should expect a rush of returning fans like never before (only to have even more rush in for the final season of Game of Thrones in 2019.)

Easily the film I knew least about before the Super Bowl, A Quiet Place teams up husband and wife John Kransinski and Emily Blunt for a tense horror thriller. Romantic, right? The characters can’t speak or make noise for fear of being found by the film’s supernatural threat. The idea of a mostly dialogue-less horror film is intriguing and should feature some impressive sound design and visual storytelling. This was a decent trailer of what looks like a decent film, but A Quiet Place has the potential to be great and unique.

Okay, be honest: did you just skip the rest and scroll down to see the Avengers trailer? I won’t judge- this trailer was the commercial highlight of the evening for me too. Even though less is more for Marvel films, even though we have already seen all these characters before, even though this trailer did not show much new footage, Avengers: Infinity War is still poised to be the most impressive blockbuster of the year. Thinking back on film franchise history, this ten-year and nineteen film culmination is astounding. The Russo Brothers have not disappointed yet with Marvel projects, so it is perfectly reasonable to get hyped up for what may be the biggest movie of the year. Audiences assemble!

So, how were the trailers this year?

All in all, the trailers during Super Bowl LII were pretty satisfying. Westworld, Jack Ryan, Avengers, and Mission: Impossible got me the most excited for their releases. Skyscraper, A Quiet Place, and Castle Rock look promising, if viewed with the right frame of mind. And though I am still holding back on Solo, Jurassic World, and Cloverfield, I do hope to be proven wrong. I am disappointed that FOX did not release a trailer for Deadpool 2 or a teaser for X-Men: Dark Phoenix, and the same can be said for DC, who did not release a teaser for Aquaman. But when the Super Bowl features this M&Ms ad with Danny DeVito, one really can’t be disappointed.

What trailers excited you? What releases are you looking forward to? Sound off in the comments or send us your thoughts on Facebook or Twitter!