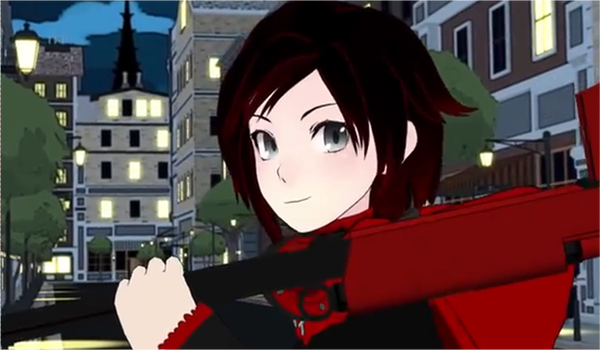 You know what? I love RWBY (and I talk about it all the time).I will never have enough praise for this web animated series. Aside from some pacing problems and a lack of memorable battles, the show’s fifth volume was pretty good. With Volume 6 due to be released this autumn, the anticipation is high for how the story shall continue. Well, we members of the FNDM have our own desires and ideas for what may happen in the sixth volume of Rooster Teeth’s imaginative anime. Here are six questions we’d like to see answered in the future chapters of the story.

Disclaimer: This list contains spoilers for the past five volumes of RWBY. If you are currently watching the show, or plan to, read at your own risk. I mean, there is really no risk, beyond accidentally spoiling the story for yourselves. Why do they call it a risk? There’s no real threat to this sort of thing, unless it somehow caused the reader to become ill. Anyway…

6. What About Blake and Yang? 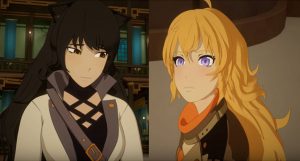 One major story arc that I felt was unresolved was the broken relationship between Blake Belladonna and Yang Xiao Long. Blake abandoned Yang after the loss of her arm, and spent two volumes coming to terms with her own cowardice. Yang, meanwhile, got herself a new robotic arm. The members of Team RWBY reunited at the end of Volume 5, but with no time to address Blake and Yang’s friendship beyond a group hug. I hope this wil be resolved in the next volume. You could strike off the brief resolution, since Yang was just abandoned by her mother Raven again. Blake’s coincidental return could be seen as a good thing by Yang. But, we’ll have to see just what direction their broken bond will take, and hopefully, it can be mended.

5. What Other Mistakes Has Ozpin Made? 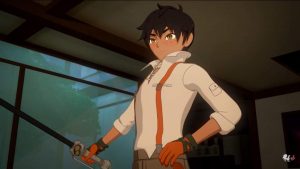 Professor Ozpin, the Dumbledore of RWBY, has slowly been unveiled as a complicated character. It turns out he is an immortal whose soul reincarnates in a new host every time the last one dies. His current host is Oscar Pine. However, while their union is agreeable, Ozpin has started to hijack control of Oscar’s body without permission. This asks the question what happened to the mind of Ozpin’s previous host? Did he completely dominate it, or was there another host at all? There may be a mental battle for dominance to come between Ozpin and the timid Oscar. 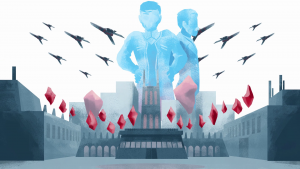 The end of Volume 5 confirmed that our intrepid band of heroes will be off to Weiss Schnee’s home of Atlas. Atlas has had a large presence in past volumes, thanks to its hi-tech military forces. However, these got effectively nerfed by Cinder’s machinations, leaving Atlas’ defences in question. In Volume 4, Atlas’ borders were closed, so there is the question of how Team RWBY will get in to find the next Relic. What influence do the badguys have there? How would ancient magic be protected in a city dominated by technology? There is also a distinct class system between the rich and the downtrodden Faunus. That will be a part of Blake’s next character arc no doubt. And most importantly of all: Will Weiss’ father and brother get punched in the face by Yang?

3. What Will Salem Do Next? 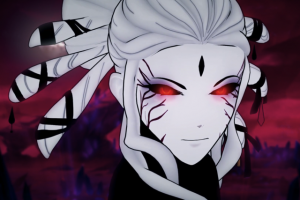 So, Volume 5 was a decisive victory for our heroes, while the villains are either on ice or on the run. Our big bad, the terrifying Salem, likely has plans in the works. She’s like the Emperor Palpatine of RWBY. However, with the loss of her new Fall Maiden and the enemy grabbing the Relic of Knowledge, Salem just has to respond. With Cinder, Hazel, and Tyrian all having tried and failed to kill the heroes, it may be up to the smooth schemer Dr. Watts to succeed. He is a former Atlas scientist, so he may be a major enemy for Team RWBY when they travel there. I would love it for Salem herself to enter the battlefield, as she does seem to be gunning especially for Ruby for her silver eyes. Which brings me to the next question.

2. What Happened to Summer Rose? 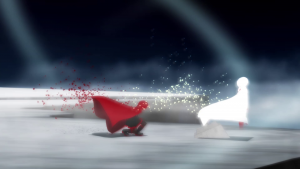 Ruby Rose’s mother Summer Rose was established back in the very first teaser trailer for the series. We know she vanished whilst on a Huntress mission, and is either dead, or MIA. She also had silver eyes like her daughter, which give them untold powers that can harm the Grimm. But, the question remains. Where is she? Well, a big theory is that Ozpin sent her to kill Salem, but either failed, or something worse happened. The speculation runs high. Salem has a particular interest in people with the silver eyes, presumably because they can destroy Grimm. Another theory is that Summer Rose was the Spring Maiden and was killed by Raven to take her powers. Regardless, I would like to see some exploration of RWBY’s biggest mystery. 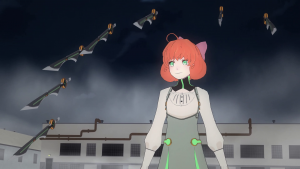 The first major casualty of RWBY was the quirky, weird robot girl Penny, Ruby’s second BFF after Weiss. Poor Penny got torn apart accidentally by Pyrrha during the Vytal Festival. Magnetism and robots are a deadly mix. I know what you are thinking. Oh, she’s a robot, they can just rebuild her. Not necessarily. Penny was the first robot capable of generating her own aura, and thus had her own mind and personality. Even if her creator rebuilt her body and slapped “Penny 2.0” on it, the new Penny wouldn’t necessarily be the same character. Which would make even more heartbreaking if Ruby reunited with her robotic friend, only to receive confusion or unfamiliarity from her.

What would you like to see in RWBY Volume 6? The return of familiar faces? An expansion of the plot? Ruby and Nora to have an eating contest? Sound off in the comments or send us your thoughts on Facebook or Twitter!

Hear more of Mark’s thoughts about RWBY on PodCapers.