Home » Avengers: Infinity War – What’s the Symbol on the Pager In the End Credits Scene? 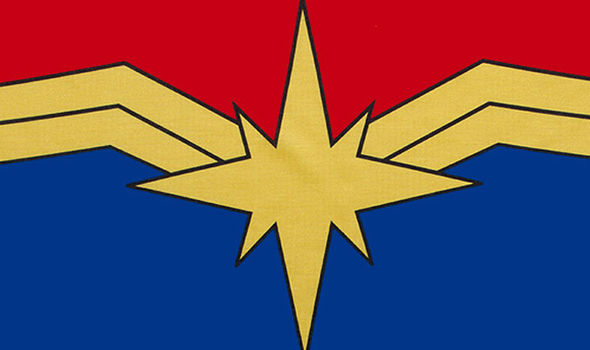 
Etiquette for watching Marvel films nowadays is to sit through the end credits and wait for the post-credits scene. It now comes as a surprise when people leave as soon as the film ends. It is a tradition for most of these scenes to tease upcoming movies. Avengers: Infinity War’s is no exception. As you might guess by the title, we are going to discuss what happens in Infinity War’s final scene. It serves as a tease of things to come next year, and shining a ray of hope on the movie’s bleak ending.

MAJOR SPOILER WARNING FOR AVENGERS: INFINITY WAR BEYOND THIS POINT! READ AT YOUR OWN DISGRESSION!

So, what does happen? In the final scene of Infinity War, Thanos the Mad Titan snapped his fingers whilst wearing the completed Infinity Gauntlet. Consequently, half of life in the universe has been erased, including half of the Avengers. On Earth, Nick Fury (Samuel L. Jackson) and Maria Hill (Cobie Smulders) witness people vanish on Earth, and they, too, both turn to dust. But in a final moment of bad-ass-ness, Fury activates an old-looking pager. The camera lingers on the dropped page, which attempts to connect to someone. All hope seems lost until the pager lights up with a starburst icon, surrounded with red and blue colours.

What does this mean? Well, good readers, it is a teaser for our next hero to join the Marvel Cinematic Universe. Or make that heroine. 2019 sees the cinematic debut of Captain Marvel herself, Carol Danvers, to be played by Brie Larson. Captain Marvel will be set in the 1990s, and Carol will get caught in a war between the Skrulls and the Kree. Captain Marvel is also going to appear in the sequel to Infinity War, presumably to help stop Thanos.

Captain Marvel has a history with Nick Fury, both having served in the military, and now he calls upon her to save the world. Why didn’t he call her during the Chitauri invasion or other such events? This will likely be explained in either her solo film or in Infinity War’s sequel. Perhaps she is flying around in space, and the death of half the universe may draw her attention. Has she been in space for nearly twenty years?

Luckily for us, Captain Marvel has plenty of history to her. Carol Danvers debuted in the comics in 1968, and became Ms. Marvel in 1977. She isn’t the first character to hold the title of Captain Marvel, but is perhaps the most recognised. And we need some more female superheroes in the Marvel Cinematic Universe. We are still waiting for Black Widow to get her own movie. The success of Wonder Woman doubles as a klaxon for more superheroes to star in their own films, and using Captain Marvel first is a good start for Marvel.

Captain Marvel has been described as the most powerful superhero in the MCU, which could mean she could go toe-to-toe with Thanos. Another question is will she get the Infinity Gauntlet, or will someone else steal it from Thanos? (My money is on Nebula.)

Captain Marvel will likely fill in the blanks on Carol’s place in the MCU timeline, and rally together what is left of the Avengers to save the universe. But, it is still over a year until that happens, and it is going to be a long, agonising wait!

Did you enjoy Avengers: Infinity War? Were you left devastated or disappointed? Are you looking forward to seeing Captain Marvel join the MCU? Leave a comment below, or on our Twitter.