Home » Bonkers, Bizarre, and Brilliant, 100% Biodegradable #19 is a Wild Ride 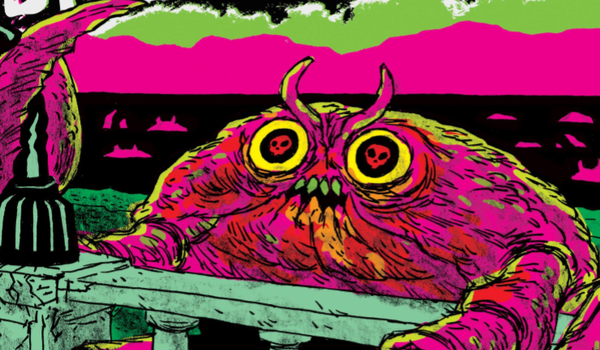 Now, when I was tasked with reviewing this specific issue of this series, I thought to myself aren’t I lacking a bit of backstory jumping into this? I mean, I have 18 more issues to read up on… This is gonna be a long one. But I breathed a sigh of relief when to my surprise, inside the cover of 100% Biodegradable lies several short, standalone stories (except for maybe one or two) with wonderfully twisted artwork, and from the looks of it, free reign for these creators to tell a crazy and entertaining story in a neat little package. So what weird situations may I find here? Well, as these stories are only a few pages long, I’ll attempt a little review for each and will try to avoid spoilers, these are stories you have to see for yourself. 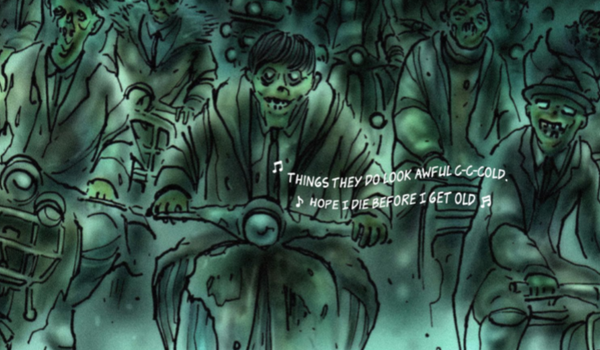 Let’s begin with Mods Vs. Mutants (I told you this would be weird). A cautionary tale of governments dealing with public disputes and rioting with extreme military force. I mean, who thinks a nuke is the best solution to help improve tourism? Well, those in charge seem to think so, but some ways of life never die and all it has caused is the ghouls of the mods and the mutant rockers to fight over a desolate seaside town. When most people expect to come back glowing from a holiday, glowing radioactive isn’t what we have in mind. The artwork is great, the character designs are beautifully twisted, and the hazmat tourists just seems so surreal yet surprising believable whilst also giving me a good chuckle. This just showed I’m in for a weird and wild ride. And it only goes further down the rabbit hold from here… 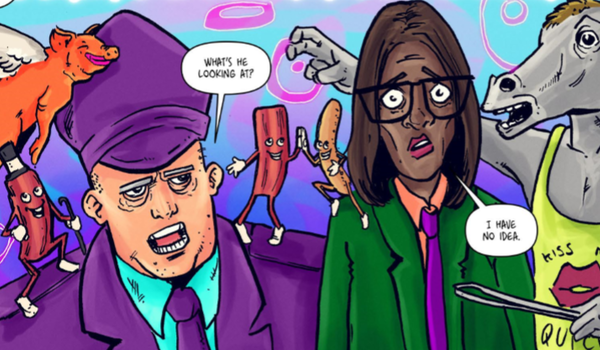 Next, we meet Captain Jerry Kowalski in Off The Reservations, a man who can escape from any prison, any situation, and as it turns out, any grasp on reality. Whether watching food come to life or talking to an imaginary bunny, Jerry is a man that may seem crazy (and he is) but can and will get results. Seeing the world through Jerry’s eyes give a great canvas of bizarre caricatures and ideology, with bright vibrant colours and creatures that make you question what has the world done to this man. You can just tell that the artist, P.L. Woods, had a great time putting this one together. But how will Jerry deal with alien visitors from another world? What secrets are they hiding from us in their mothership? And perhaps more importantly: what are they doing with our cows? 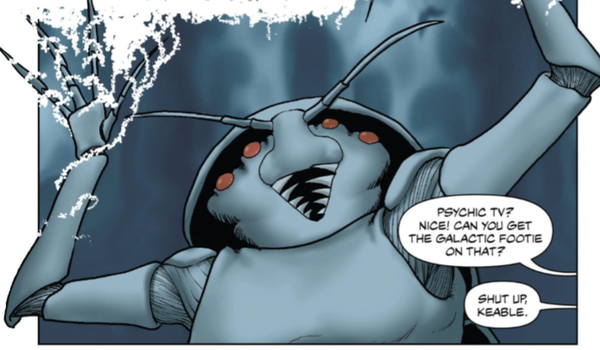 Skow Dogs features a ragtag of a space salvaging crew coming face to face with the last of an ancient alien species. One which is attempting to warn them of a threat of galactic proportions, but that is rather difficult to explain to a group who are more concerned over their next big payday. As moral and wallet dilemmas loom over the group, time and their own lives may soon be running out. This is the only story here that felt like a continuation from a previous issue so I did feel a bit our of place, but the character dynamics and banter here is great and easy to follow, with somewhat grounded character personalities and relationships with the space locale giving the artist Dave Thomson a great chance to shine through alien architecture and fantastic alien designs. 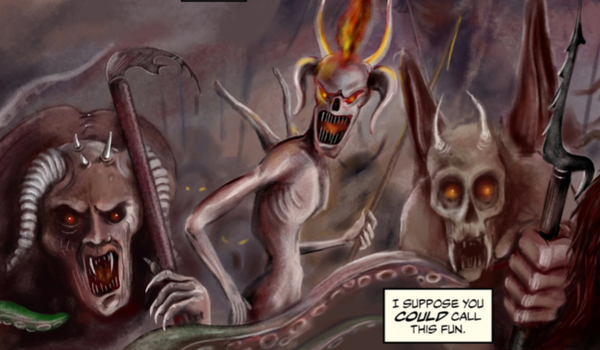 Next we meet Sam Quadrant, a man so dedicated to his job that he literally descends into the depths of Hell itself to complete the daunting task that lies before him. Expect grotesque creature designs, plenty of gore, and a story development that helped to solidify how entertainingly absurd this whole list of escapades has presented to us. This is one I would definitely like to see more just from how crazy both the world and the character truly is. 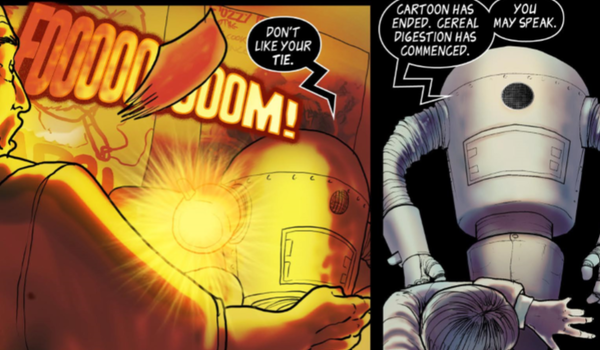 Faceless focuses on a robotic Hitman that is truly feared and highly efficient in his methods of the killing kind. As long as you don’t interrupt his favourite TV show. Watch as a routine assassination for him gets turned on its head (whilst others literally lose theirs) as a killer so emotionally unstable and highly unpredictable means that anyone could be next in his crosshairs. Just don’t annoy this guy and perhaps you can go home in one piece. This is a tale just so out there, that I couldn’t help but read with a smirk on the face, with the witty comments of our robotic assassin combined with the extravagant bodily harm, this feels like the start of a beautiful series. 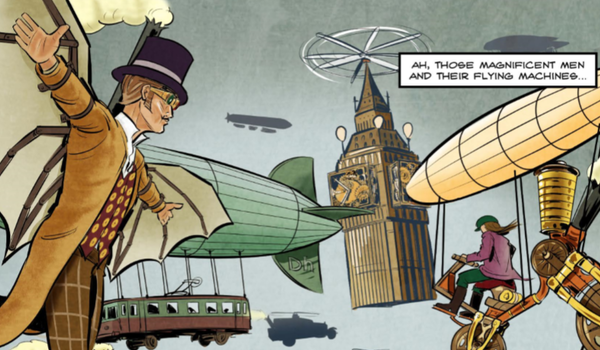 And finally, Flight or Fight. In the Steampunk age of flying machines and technological innovation, there is always someone that has to ruin the fun and ground us back on solid ground right? Well, met Colin Bleakly, traffic warden and rule enforcer to the age of flight. As you can no doubt expect, he isn’t well liked or respected, but has a stiff upper lip and the drive to do his best. But in the world of innovation, may he soon become obsolete? With its setting of a Steampunk London, the locomotive and vehicle designs are fantastic and despite the dark ending scene, reeked of British wit and humour.

Wow, there was a lot to cover here and this review need to be somewhat brief, so all I would like to say here is this: this series is insane, and I enjoyed every moment of it. Each contributor, writer, and artist came together to make something truly unique, with free reign to go crazy and to keep going even further past that. This is a series well worth seeing for yourself just to witness the scope of imagination all those involved possess.

Have you had the chance to experience this or any other issue of 100% Biodegradable? Which story or character is your favourite? Sound off in the comments or send us your thoughts on Facebook or Twitter! You can discover more about 100% Biodegradable from Comicsy and Comichaus!