Carol Danvers, a.k.a. Captain Marvel, has been a major player for the Marvel Universe for a long time. With the hint to her in Infinity War, and Brie Larson set to play Captain Marvel in the 2019 movie of the same name (and also Avengers 4?) , we are finally getting to see one of Marvel’s biggest feminist icons make it to the big screen.  Not only will we be finally getting a badass female lead movie, but Captain Marvel will also open up some huge doors for the future of the MCU. In no particular order, here are six things Captain Marvel could add to the MCU:

More of the Kree

Captain Marvel’s origins are closely tied to the alien race known as the Kree. Due to some radiation shenanigans mixed with the genetic code of the first Captain Marvel, Carol became a Kree-Human Hybrid. The Kree are a major player in several massive Marvel Comics team-ups and have been a thorn in the Avengers’ sides for decades. While we have seen a few of them in the MCU before in Guardians of the Galaxy and on Agents of S.H.I.E.L.D., their specific hatred of Carol’s hybrid self could lead to Earth becoming a major target. With Jude Law playing Mar-Vell and Gemma Chan recently being cast as Minn-Erva, plus the return of Lee Pace as Ronan and Djimon Hounsou as Korath, it seems like we getting a much fuller look at the Kree in Captain Marvel.

When Carol promoted herself from Ms. Marvel to Captain Marvel, the title of Ms. Marvel was up for grabs. Recently, Marvel introduced a Pakistani-American young woman named Kamala Kahn to fill that role. Introducing Kamala as Ms. Marvel would allow the MCU to pave the way for a young adult/teen team with Peter Parker and Kamala. With the animated movie Marvel Rising: Secret Warriors premiering later this year, the demand for more diverse characters in the MCU is at an all-time high. The future of the MCU lies in the next generation of young, diverse heroes.

A Connection to the Defenders

In the comics, Carol has been a long time friend of Jessica Jones. In fact, before Captain Marvel was announced, Carol Danvers almost had a supporting role in the Netflix series before she was replaced with Trish Walker. Now that Carol is joining the MCU, she and her friendship with Jessica (that could be explained in flashbacks) would make for a smart way to bridge the gap between The Defenders and the wider MCU.

War with the Skrulls 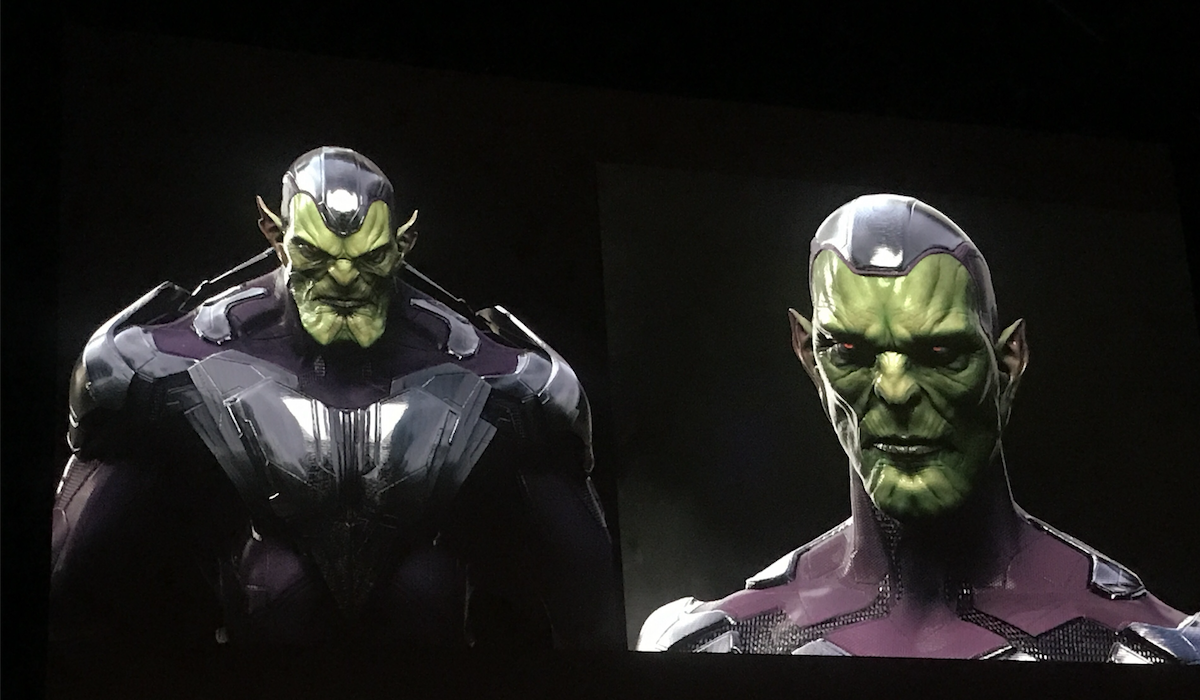 The Skrulls are an alien race that have a pension for kidnapping their enemies and assuming their identities. The Skrull’s constant body snatching of heroes has been a serious annoyance for all of Marvel’s heroes, especially Captain Marvel. But her connection to the Kree complicates things further, as the Skrulls and the Kree have been engaged in a centuries long galactic war. With Captain Marvel in the picture, they could be bringing the war to Earth. Wouldn’t that make for the best big MCU team movie?

Bringing in the X-Men

Along with her role as an Avenger, Carol has also spent a lot time with the X-Men, too. The Ms. Marvel comics had the first appearances of both Mystique and Rogue, with the latter being a long time frenemy of Captain Marvel. Carol has worked and lived with the X-Men and at some point had her lost memories restored by Charles Xavier. With the Disney-FOX merger expected to come together sometime next year, giving the MCU the rights to the X-Men, Captain Marvel could very much be the first of several steps in mixing the two Cinematic Universes together.

Yet another alien race Carol has ties to, the Shi’ar are ruled by a strict empire and a royal family, kind of like the Inhumans. One of these nobles is Cal’syee Neramani, a.k.a Deathbird. She is one of Carol’s original baddies, going all the way back to 1977. While Deathbird has had her steady influence on Marvel storylines, her family and her race have been incredibly important to the space-bound areas of the Marvel universe. If Captain Marvel were to fight Deathbird in the MCU, the rest of the Shi’ar could be close behind.

The MCU has a long and complicated history, but they have yet to even scratch the surface of everything Marvel Comics has to offer. Captain Marvel could open up so many new doors for the MCU to grow after the contracts of the original Avengers run out. I’m looking forward to seeing what the MCU’s first solo female movie has to offer!

What do you think Carol could add to the Marvel Cinematic Universe? What else could Captain Marvel feature? Who should team up with Carol in a sequel? Sound off in the comments or send us your thoughts on Facebook or Twitter!