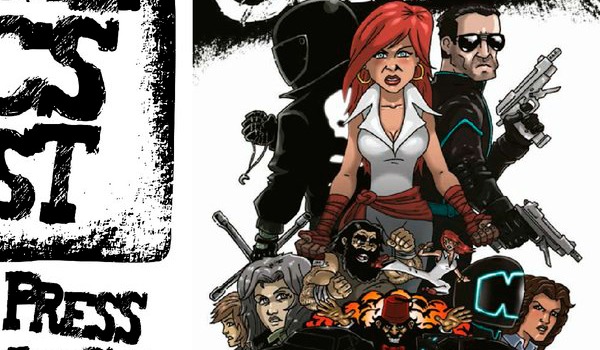 From the creators of the Awesome Comics Podcast comes Awesome Comics #1, an anthology amassing the stories of the rude, the crude and the royally screwed. Fans of the podcast will most likely rejoice at this series, but I worry that potential fans may be scared away by its distinctive narrative style.

Awesome Comics #1 features three different stories plotted to be told over four issues. The first story, Murder Road, follows the exploits of almost every 80’s horror movie stereotype on a spooky road, where a road-raged ghost waits to mow down travelers. Story number two is Cockney Kung Fu, which stars a red-hot street-fighter dubbed the Soho Sister who is hellbent on kicking ass and taking names. And finally, rounding off the anthology is Vyper, the newest enemy to crime in 1985.

As a whole, the three stories within Awesome Comics #1 work well together. Despite having different creators, art designs and stories, their tones match up perfectly. Each comic pays homage to 1980s nostalgia, but unfortunately the period setting is not used that cleverly. There just wasn’t any particular moment where I was blown away. 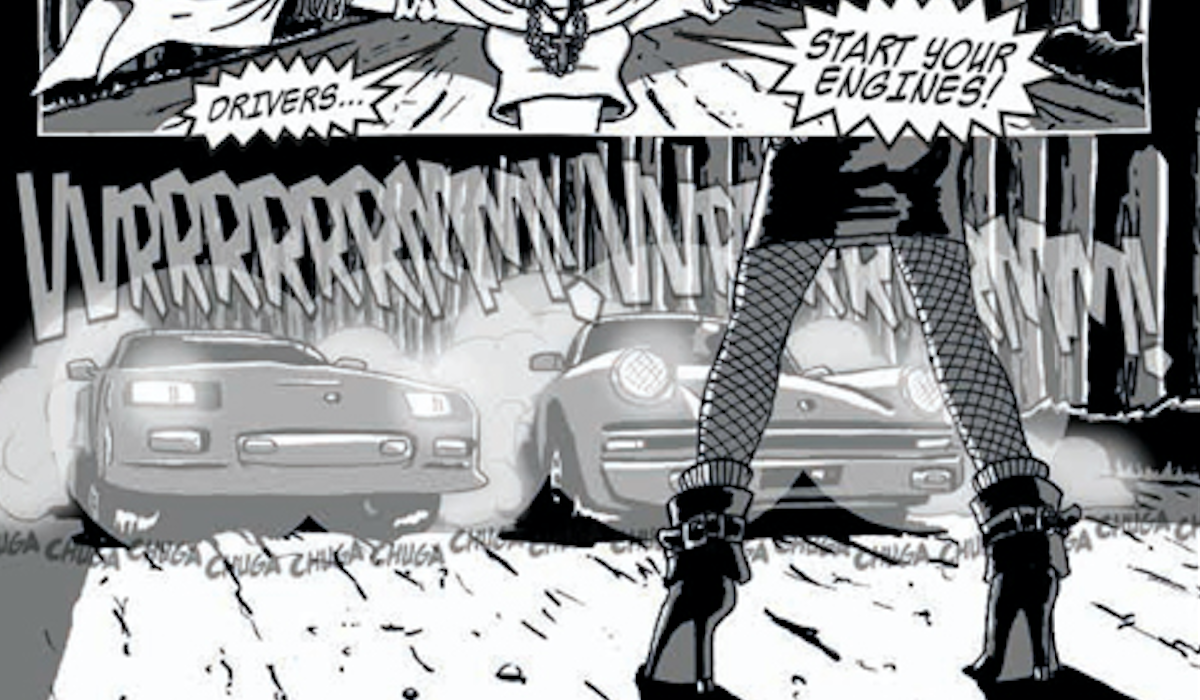 Also, the endings for each comic are… underwhelming. It seems like the writers were trying to leave readers on cliffhangers, but they read more like dangling off a porch step. Murder Road does have an exciting ending; however, by its final pages so much of the story has already been dragged through the mud that the ending doesn’t pack the punch it wants to. Oh sorry, wrong story – it doesn’t collide with the reader. Anyway, to know Awesome Comics #1 is to examine each story of their own merits.

Of all the stories, Murder House has the most intriguing premise. Written by Vincent Hunt and Daniel Marc Chant, with artwork also done by Hunt, it boasts characters that audiences are all too familiar with: the classic eighties ‘final girl;’ the jerk boyfriend; worried mother… the list goes on. My main issue with Murder House, present in the other stories too, is how a huge portion of the dialogue is bulky exposition. The conversation between the mom and police officer brings the energy of Murder Road to a screeching halt. In any case, for any fan of horror, Murder House could serve as a cheap, yet fun popcorn thrill.

“Harsh” may be the best word to describe Cockney Kung Fu. Clearly, writer Tony Esmond and artist/letterer Nick Prolix had every intention of making a foul comic. The shortest comic in the anthology, Cockney Kung Fu is such an extreme one that readers will either love it or hate it. In the words of Cersei Lannister, “There is no middle ground.” The visual aspects will only back-up your stance. Cockney Kung Fu looks like a drunkenly-drawn Archie Comic.

However, the visual style makes sense with the storytelling. Personally, I thought this was the weakest story in the anthology, and not just because the story wasn’t my cup of tea. Where Murder House and Vyper are dialogue and plot-heavy, Cockney Kung Fu doesn’t really have much of a plot. What we get is a potty-mouthed woman fist fighting other potty-mouthed perverts. Readers should probably go rinse their mouths out with soap, just to be safe. 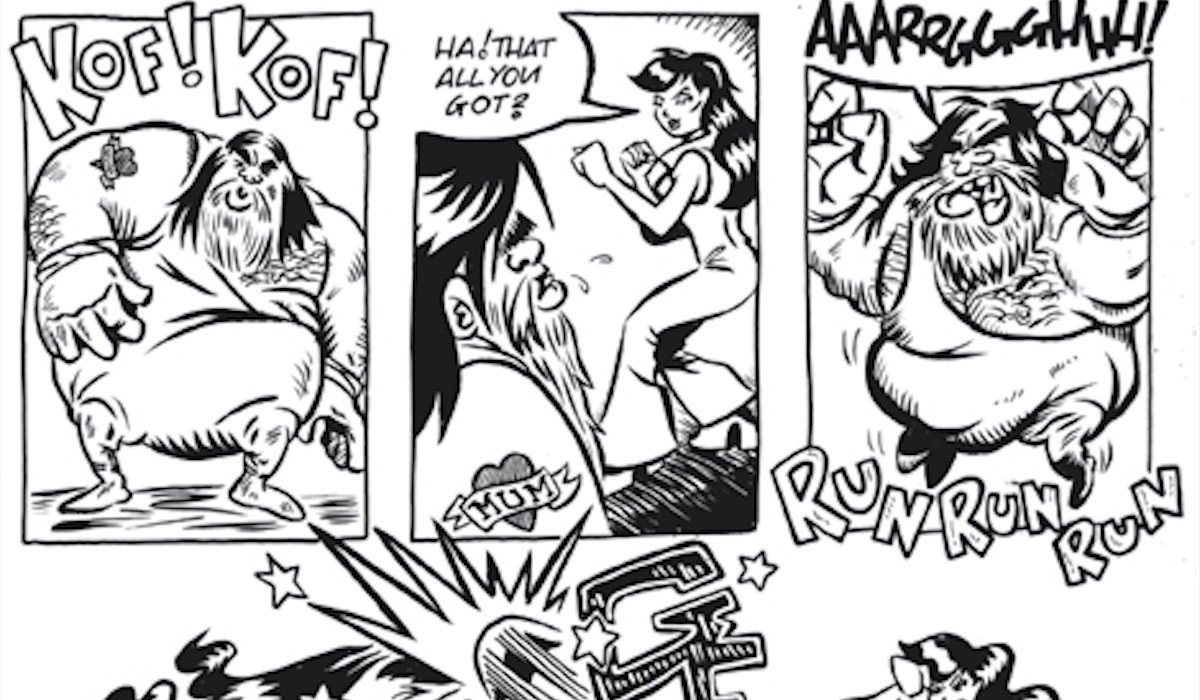 Finally there’s Vyper by Dan Butcher. Vyper has the sharpest design style by far, though, I wish Butcher had played more with shading, because a quick scroll through the book makes it look like a gray blur. As mentioned earlier, Vyper is dialogue heavy and like Murder House, it slows the pacing too much, especially given its exciting opening scene. Also as with Murder House, Vyper‘s characters are archetypal clichés. There are some chuckles sprinkled throughout; the police captain gets some laughs, but only because he’s super gross. This part of his character kind of breaks away from the stereotype he is meant to portray, but it was not enough for me to feel satisfied.

What my opinion of Awesome Comics #1 boils down to is taste and the taste of each reader will be different. Some readers will flock to its cruder, more absurd humor. And I expect that existing podcast fans will gravitate most to the comic. Others, like myself, will feel underwhelmed and that the comic falls short of being awesome.