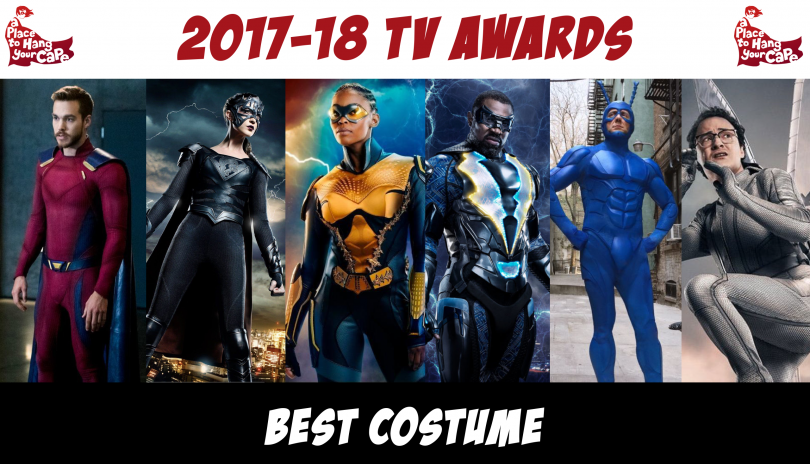 You can’t have a superhero show without a super-suit! Check out our picks for the best costumes of the year and then cast your vote for your favorite! 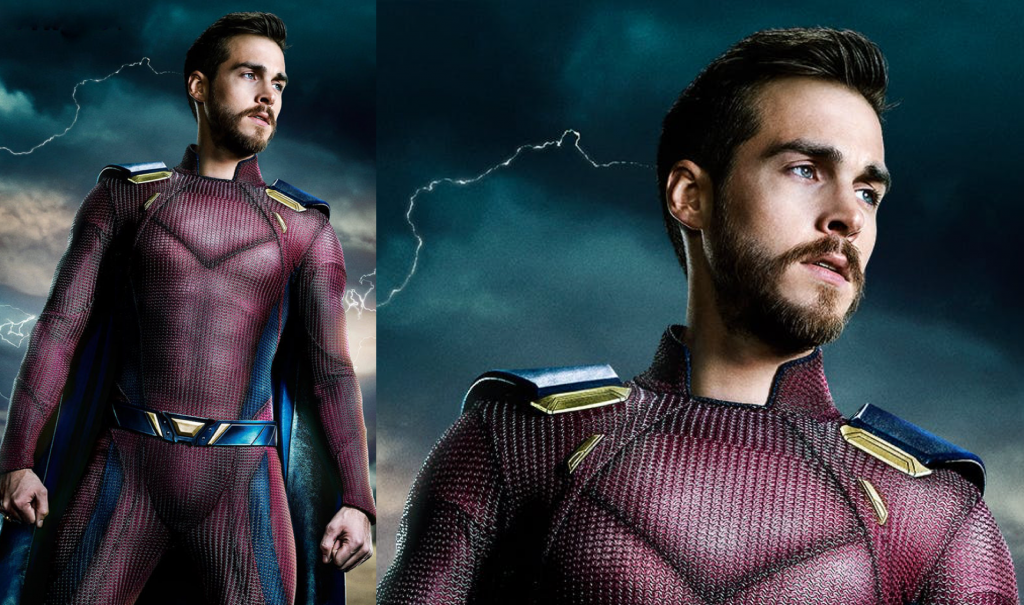 It doesn’t take a Brainy to figure out what inspired Mon-El’s Legion attire, as the new super-suit is a clear homage to Supergirl herself. Keeping with the red/blue/gold theme, Mon-El’s new suit is a flipped version of Kara’s, with crimson serving as the central focus and blue providing the accents. The Mon-El of old was a character who faced some major ups and downs (remember when he actively refused to be a hero at all?) but the new digs are a nice reflection of the man who has tried to learn from his mistakes and become the hero that Supergirl always believed he could be. 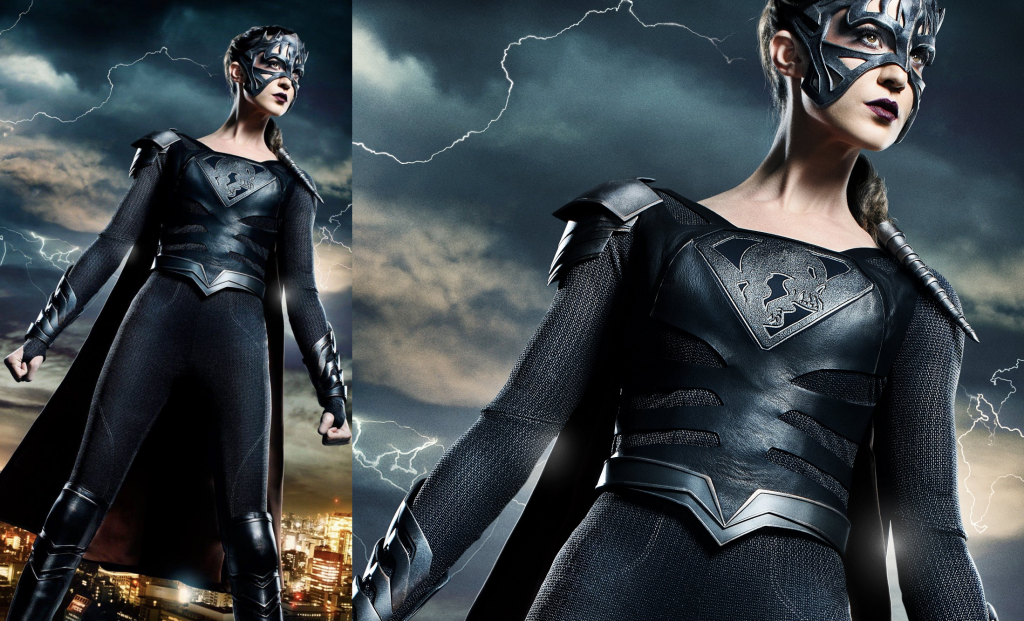 Being bad never looked so good! Supergirl costume designer Kiersten Ronning pulled out all the stops to make sure that Reign would be a villain memorable for both her actions and her costume. The all-black get-up is serves as a 5’8 flare gun that makes it clear that Reign is not someone to be messed with. The suit itself ties in nicely with Supergirl’s, made from similar material with a few added flares, and serves as the ultimate contrast to the red/blue/gold getup that inspires hope in the people of National City. Reign’s suit invokes immediate fear and trepidation, serving as a physical representation of the chaos and destruction its wearer plans on bringing down. 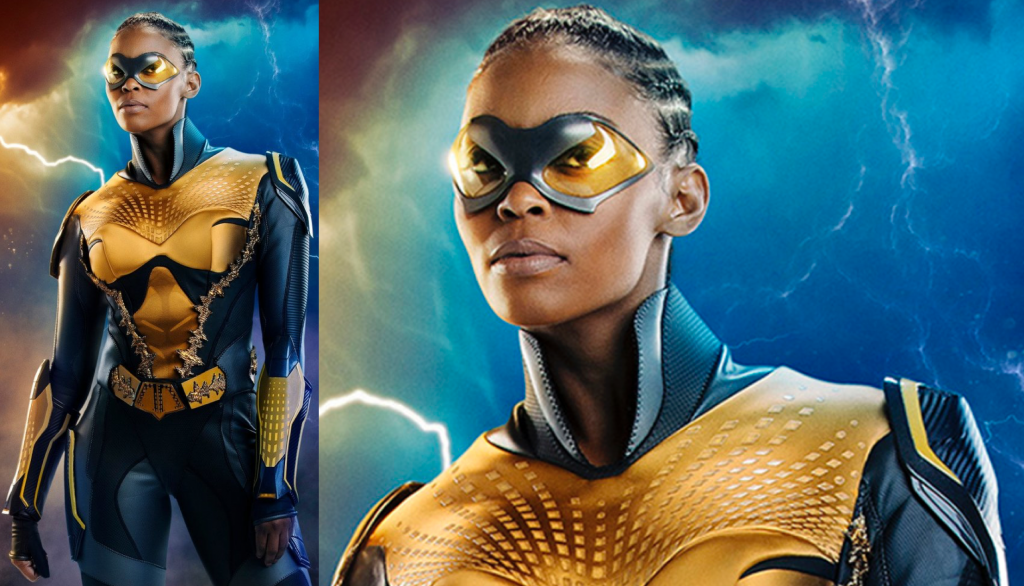 Where Black Lightning’s costume is dark and foreboding, Thunder’s is bright and well-accented. The detailing that is lost on BL’s suit as a result of the dark colors comes out in full force with Anissa Pierce’s crime-fighting getup. The costume, designed by Laura Jean Shannon, is a sleek suit that allows Thunder to really stand out in a world as dark and gritty as Black Lightning’s. The yellow accents give the allusion of body armor while the flexible material gives Thunder room to be her badass self. 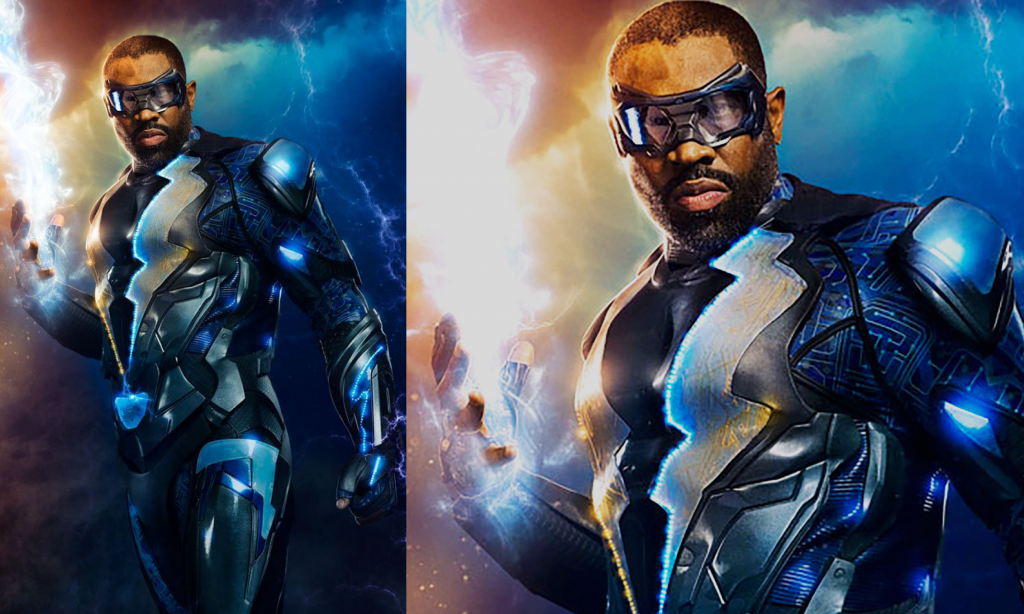 With powers as cool as Black Lightning’s, you know that the accompanying suit needs to be just as awesome. Thankfully, Rebecca Gregg managed to design a truly heroic suit that is fitting for Jefferson Pierce’s night job. The suit is a futuristic masterpiece that is reminiscent of Tron and The Edge of Tomorrow. The light-up sections ran the risk of feeling campy but the dark tones add a feeling of grit while the general bad-assery of Black Lightning makes the suit feel like a physical extension of the character rather than just a costume. 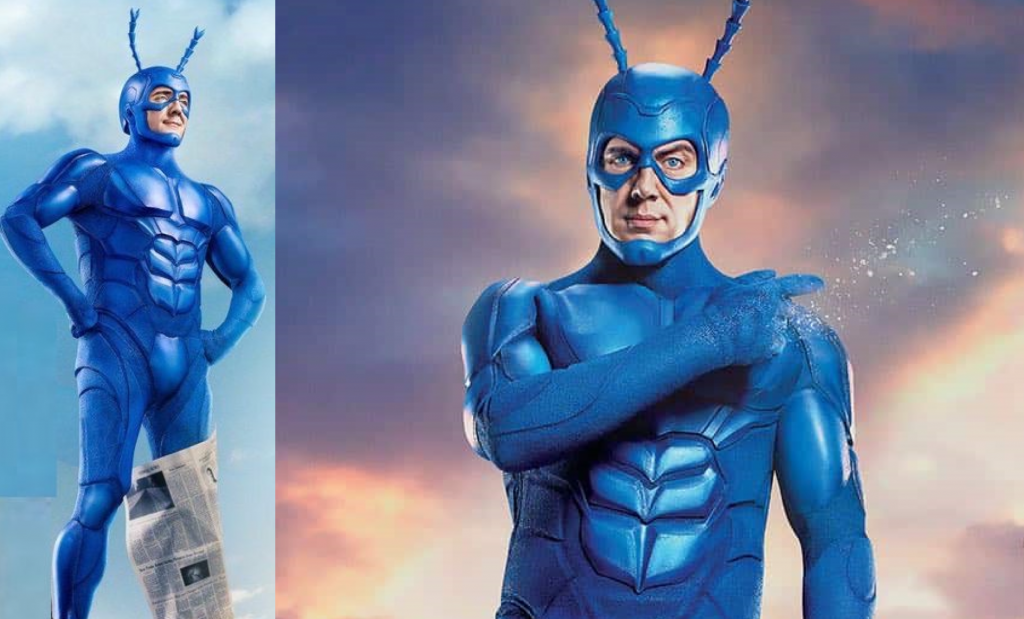 Sometimes, simplicity is the best way to go. As is the case with the titular hero of Amazon’s The Tick. The blue hero sticks out like a sore thumb in his super-suit, and yet, somehow still looks awesome in the all-blue getup. The suit is an apt reflection of the tone of the show itself, simultaneously comical and gritty, and does a stellar job of instantly cluing viewers in on what can be expected from this new, blue, hero. Designed by Gary Jones, the Tick’s blue suit is a combination of, “resin, spandex, a rubber overlay, [and] a rubber/resin overlay on the fabric that gives it maybe a little bit of an alligator texture.” 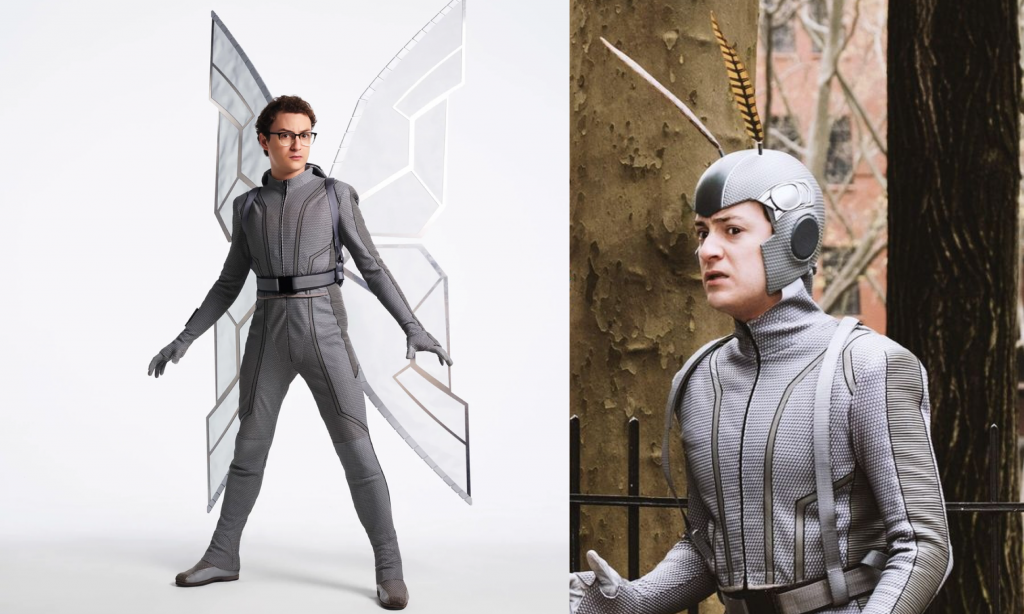 The best sidekicks are often those who have the most memorable costumes. Enter: Arthur Everest. The costume given to Arthur by the Tick himself is one seems to fully encapsulate everything that the show is. A bit absurd, occasionally dark, and surprisingly more complex than it initially seems. Arthur’s winged suit would be a ridiculous getup in any other series or situation, but in The Tick it is the perfect attire for the titular hero’s sidekick.