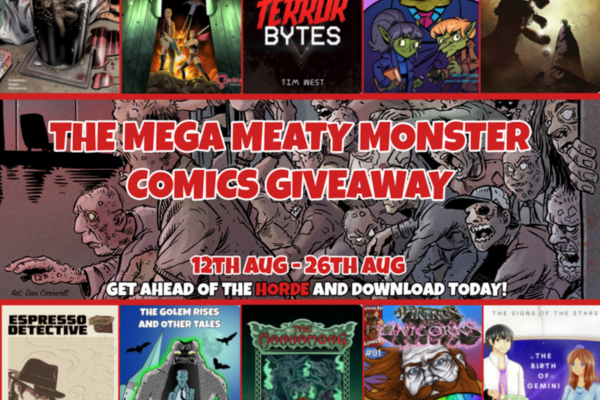 David Hailwood is no stranger to assembling an electric mixture of wondrous comic creators through his anthology 100% Biodegradable, which will soon finish its run with 22 marvellous issues. Now however, Dave isn’t content to rest on his laurels, and has recently launched the Mega Meaty Monster Comic Giveaway, a selection of indie titles you can have for free! 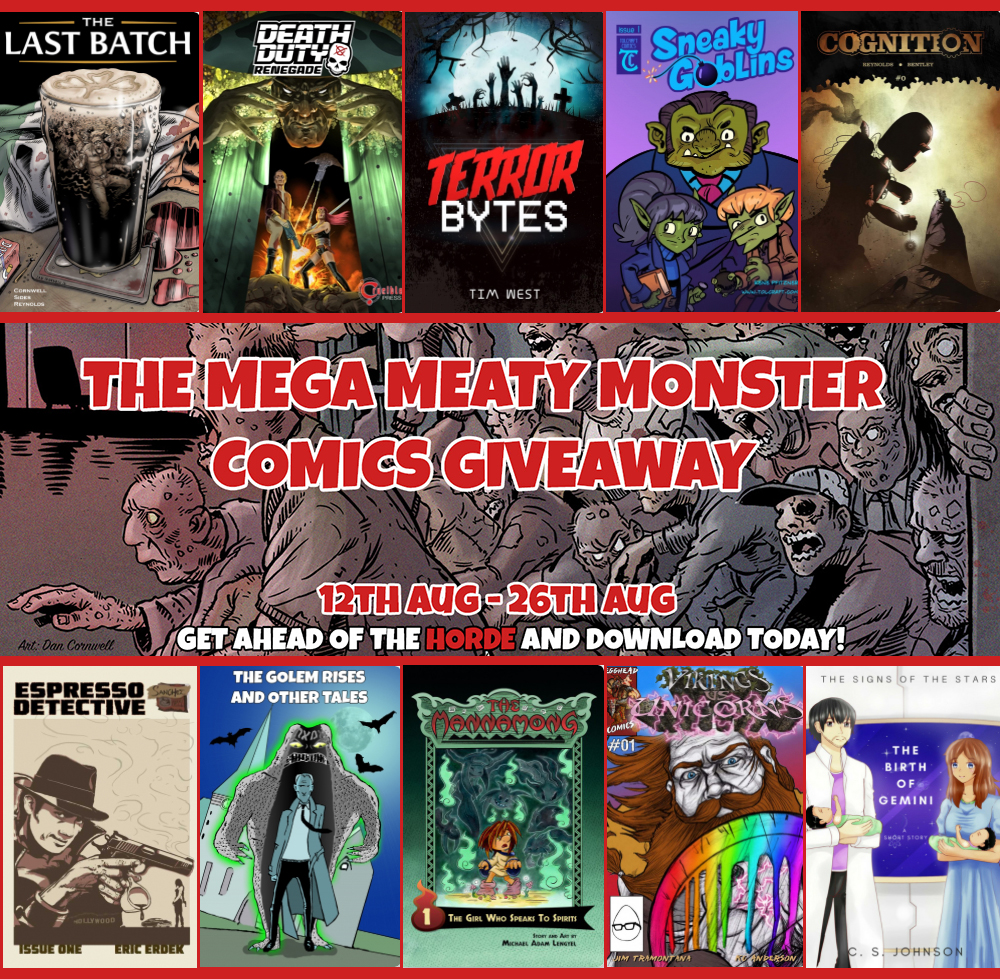 There’s something to suit everyone’s taste in the bundle, involving sci-fi, fantasy and horror. As David himself says;

“Whether it’s boozed-up zombies, gigantic rampaging guinea pigs, or evil murderous unicorns you’re after, this giveaway’s got you covered.”

The giveaway is being given away via Instafreebie, and can be downloaded here. The comics themselves are readable in multiple formats – pdf, epub or mobi (for Kindle users).

You’ve got until the 26th of August (next Sunday) to downloaded a marvellous batch of insane comics!

Will you be getting your hands on this mega-tastic, monster-riffic bundle? Let us know in the comments below or send us a Tweet!