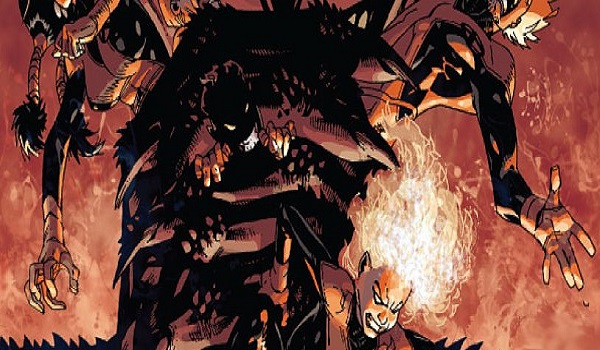 Every year we get anywhere between 5-7 superhero movies. Just in 2018 alone we have had box-office successes Black Panther (Feb), Avengers:  Infinity War (April), Deadpool 2 (May) and Ant Man and the Wasp (June). Upcoming movies that premiered new trailers at SDCC are Venom (Oct) and Aquaman (Dec). Next year, there’ll be possibly 6 Marvel Comics movies and two DC Comics. That’s 8 superhero movies in total.  When you look at it that way, that’s a lot of superhero movies. While its great for us fans, the rest of the general public who just go watch the movies and don’t read the comics will eventually start to tire of the genre.

Which Movies are Turning Horrific?

It’s why horror is seeping into the superhero movies. Directors and writers of the films need to add something more, an added flare, something that you wouldn’t see in the so-called traditional superhero movies. Venom is the easiest to become a psychological horror film with the dual personality of between Venom and Eddie Brock and the body horror of the Venom symbiote itself.  We see shades of the horror-themed activities in the official first trailer of Venom.

In the second trailer, Venom we get a better idea of the scope of the movie with even better scenes depicting the dual personality between Eddie and Venom. It obvious that Sony is not making this a typical superhero movie–we already knew that with Venom as the main character, but hopefully the full Venom movie won’t be a disappointment like the Amazing Spider-Man movies.

New Mutants is the next logical choice, considering it’s set in an asylum/secret facility. It’s a classic move to have a horror movie take place. We know from the teaser that it will be almost a straight up horror movie. But that wasn’t enough. It was supposed have come out this year in April, but the movie wasn’t scary enough. The cast and crew are doing reshoots to make it even more terrifying than it apparently already was.  It’s going to be one of the Marvel movies coming out next year sometime.

Next, we have Aquaman‘s first official trailer. It’s shaping up to be a political and family drama with ecological undertones. With horror director James Wan in charge of Aquaman, we can see some shades of monster horror with some of the bigger underwater creatures in a brief scene in the trailer. Unlike Venom or New Mutants, Aquaman doesn’t scream horror movie to me, but there’s no telling what kind of creatures of the sea will appear in the final battle between brothers.

Last but definitely least (what? I told you all that I don’t like the Joker), the news that the Joker origin movie (starring Joaquim Phoenix, he’s a fantastic and varied actor so if his take on Joker is great, he might even make me okay with the super-villain again) will be horror based is not much of a surprise. A horror Joker movie would definitely fall in line with the horror clown motif with hits like It. We don’t know much else, except a few casting choices and the possible direction of the film. But, hesitantly, I say it might be a good DC Comics movie.

Horror is an untapped movie genre for superhero movies, so it’ll be great to see how it all fits together when the movies debut. Still, horror is not everybody things. I, myself, don’t care for horror but I am looking forward to see the merging of the superhero genre and horror genre.

Do you think superhero movies are turning to horror to stay fresh? Sound off in the comments or send us your thoughts on Facebook or Twitter!