Home » The Troubles of Comic Book and Movie Continuity 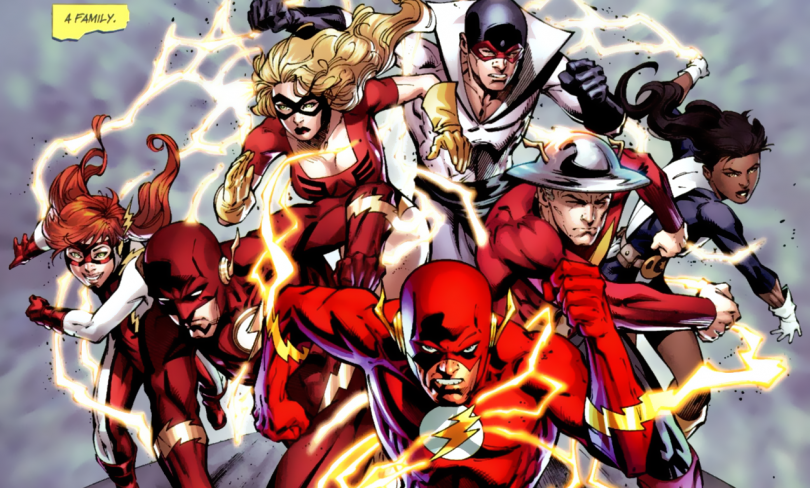 Interconnecting continuity in fiction isn’t a new concept. The success of the MCU has made it even more mainstream. But, it can be a problem, since there’s a need to have a certain amount of knowledge to follow these shared universes. Though the standalone superhero films can be followed with some ease, it is the big crossovers that can be tricky. For instance, if anyone watches Captain America: Civil War, but skipped Age of Ultron, they may wonder when the Avengers recruited, say, Vision. You get the picture. The interlocked continuity of these franchises can alienate potential audiences.

A similar issue can occur within comic books. Fans do love their continuity in comics, though it can be just as puzzling and restrictive as in films. Ongoing storylines continue directly through a comic book publication, or may just resolve within one issue. Crossovers may take place through a number of various comics, and the reader may have to jump around a lot to keep track of it. Not everyone is keen on buying countless, different comics to follow an all-encompassing plot.

DC Comics probably kicked off the importance of consistent continuity, or rather the complexity of it. Comic fans like things to be accurate and precise, and any weird or sudden changes often require convoluted explanations. It probably began when DC reinvented Green Lantern and the Flash in the 1960s. The Flash took his name from the original character, who apparently existed as an in-universe fictional character. But, the problem was that his predecessor had hung out with the likes of Superman.

How did DC resolve this problem? They explained that the original Flash’s adventures took place in an alternate universe called “Earth-2”. If there was a continuity hiccup, writers could just say it took place in an alternate timeline or parallel world. This led to the creation of the DC Multiverse, essentially acting as a blank canvas for writers to create new stories in. Characters could even leap in-between worlds to meet their alternate selves. Other comics like those of Marvel, and Archie’s Sonic the Hedgehog, took inspiration from the concept. Marvel was a bit more prone to keeping things consistent, and involving real world events. 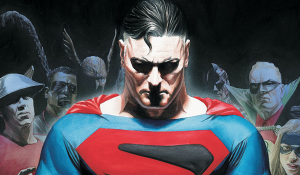 However, this created a problem for newcomers or casual readers, who found the various continuities confusing. In 1985, DC released Crisis On Infinite Earths, a huge crossover including the entire multiverse teaming up to save reality. It led to the literal reboot of the universe, leaving only one Earth, and thus, one continuity. Some characters introduced in alternate realities were reworked into this new, singular world, like Powergirl and the Huntress. Of course, this didn’t last, and the multiverse slowly returned, now even more imaginative and crazier than ever. More intercontinuity crossovers would occur, like Infinite Crisis.

Then, DC Comics would undergo yet another reboot, the “New 52” continuity. In this move, the entire universe got restarted again, with a shorter five-year timeline and all of the heroes and villains had only been active for that long. But, then it was explained that the sixty year-plus continuity still happened – but within the five years. Suuuure.

However, no one getting into comics has to start from the beginning. They can start wherever they want, and if they need help understanding things, just go look things up online. Comic books often direct readers to other issues or publications if they make reference to past events or characters. It isn’t always as vexing as it seems.

New audiences can get into comic books, films, and TV shows whenever they want. Not everyone wants to consume or understand every part of a piece of fiction. A lot of television shows have a basic premise, but stories are episodic and standalone (e.g. NCIS). And even those with ongoing ones can easily be watched from the start via boxsets and bingewatching. Thanks, Netflix!

Still, continuity can be a fragile thing. If a piece of fiction makes a visible mistake, fans will notice. And then, writers can change, and continuities can change with them, rewriting the universe as they see fit. The likes of the infamous “Clone Saga” in Spider-Man is a universally reviled storyline that took years to fix and undo.

And then, sometimes, things just go completely off the deep end. This is where the “Tommy Westphall Universe” hypothesis comes into play. This idea was suggested by Dwayne McDuffie, creator of Static Shock, and it’s a crazy one at that. He suggested comic books should stop being so damn strict with continuity, and asked what might happen if say TV shows followed the same rigidity. 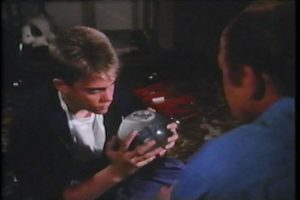 He used this theory on the American medical drama St. Elsewhere, which had one of the most weirdest endings in television history. In the final episode, it turned out all of the characters and the hospital itself didn’t exist. They were the creations of Tommy Westphall, an autistic boy, whose father was one of the doctors in the show. In this twist, his dad was actually a builder, and the hospital was merely a snowglobe model. But, McDuffie pointed out that St. Elsewhere had crossed over with other shows like Homicide and even Cheers. So, did that mean that all of the shows that mixed with St. Elsewhere were also creations of Tommy’s mind?

People decided to explore this idea, discovering that over four-hundred TV shows, films, and other such things could be a part of Tommy’s world. Let’s look at some examples in this spider web.

Homicide has a character named Detective John Munch, who appeared in Law & Order, The Wire, and The X-Files. So, that would mean all of these shows are part of Tommy Westphall’s imagination. This would then extend to whatever shows they crossed with. The X-Files has crossed with The Simpsons, so that would mean Futurama, King of the Hill, Family Guy, and The Critic were in there too. And the amount of crossovers and parodies done by The Simpsons and Family Guy on other franchises would incorporate them too.

Depending on how you look at it, every single reference, cameo, easter egg, and crossover across the board could mean that a majority of fiction could exist in Tommy’s mind. Now, this is just an idea, and a lot of people have dismissed it, including me. If real life figures appear, does that mean they too are a part of Tommy’s imagination? Of course not. The whole thing could just be that Tommy watched other shows like Homicide, and imagined if his dad wandered into their universes.

Anyway, the point is that sometimes continuity doesn’t always have to be at the heart of fiction. Consistency is good, but rigidity can alienate people. Sometimes a little flexibility is good, and leaving the door open a little can help bring new people in to enjoy comic books and their film adaptations.

Do you think continuity is an issue in media, or is it easy to follow and understand? Leave a comment below or on our Twitter feed.