Home » Top 10 Superheroes That Are Played By Classically Trained Actors 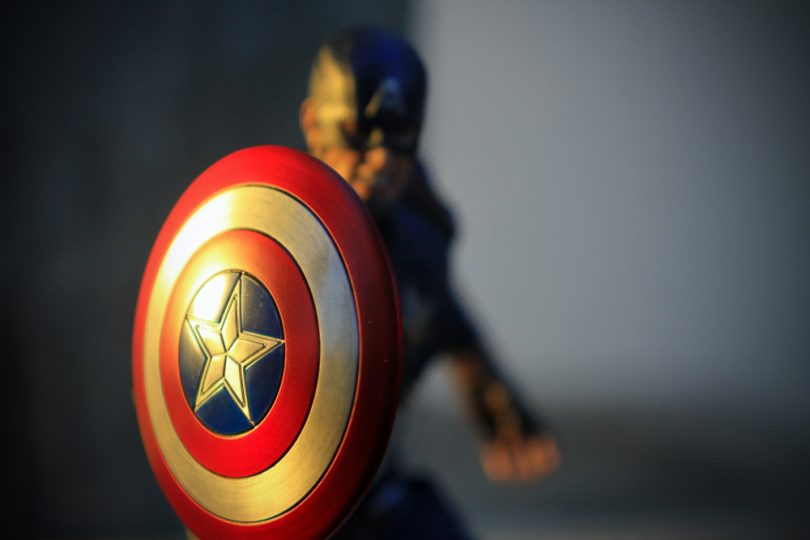 Chadwick Boseman who plays Black Panther studied directing at Howard University in Washington, D.C. During college, he also attended the Oxford Mid-Summer Program of the British American Drama Academy in London. Chadwick initially wanted to learn how to direct and write but got his start in studying acting so he could better relate to actors as a director. After his Oxford Mid-Summer Program, he graduated from New York City’s Digital Film Academy and started his career in Brooklyn. Initially, he began working as the drama instructor in the Schomburg Junior Scholars Program, but in 2008, he moved to Los Angeles to continue his acting career.

Paul Rudd stars as Ant-Man but also studied at the American Academy of Dramatic Arts in Los Angeles. Initially, he majored in Theatre at the University of Kansas, and after attending AADA in Los Angeles, he studied Jacobean Drama at the British American Drama Academy in Oxford, England for three months. Fun fact: Paul Rudd worked as a Bar Mitzvah disc jockey while attending acting school in his youth!

Chris Evans, better known as the original Avenger Captain America, started taking acting classes at Lee Strasberg Theatre and Film Institute in NYC after graduating from Lincoln-Sudbury Regional High School. The next time you see him on on the big screen, imagine what the mighty Captain America would look like with a bright graduation cap and gown on when battling Thanos!

Mark Ruffalo, who plays the Incredible Hulk, graduated from First Colonial High School in Virginia Beach, where he acted for the Patriot Playhouse. Soon after, he moved with his family to Los Angeles, where he studied at the Stella Adler Conservatory and co-founded the Orpheus Theatre Company. With the theatre company, he wrote, starred, and directed in a variety of plays and even took up a side job as a bartender!

Scarlett Johansson, who plays Black Widow, fell in love with acting as a child. She began her career after enrolling herself at the Lee Strasberg Theatre Institute and started auditioning for commercials. When she hit a rough patch and fell out of love with the roles she was auditioning for, she changed her focus to theatre and film instead. Soon following, she made her first appearance in an Off-Broadway play Sophistry. During this time, she also started studying at Professional Children’s School, which was a private educational institution for child actors in Manhattan. When she was nine years old, she made her film debut in the fantasy comedy, North, as John Ritter’s daughter. Later on, she started picking up minor roles, such as the daughter of Sean Connery and Kate Capshaw on Just Cause.

Benedict Cumberbatch, who plays the mystical Sorcerer Supreme, Doctor Strange, attended school at Brambletye School in West Sussex, England and studied the arts at Harrow School. He was also a member of the Rattigan Society, which was Harrow School’s primary club for dramatic arts. While a member of the club, he was involved in many Shakespearean plays and ultimately made his acting debut in A Midsummer Night’s Dream when he was 12 years old. Soon after graduating Harrow, he worked as a volunteer English teacher at a Tibetan monastery in Darjeeling, India. Then, he attended the Victoria University of Manchester, where he studied Drama. Afterward, he continued his acting training studying at the London Academy and Dramatic Art and ultimately graduated with an MA in Classical Acting.

James McAvoy, who plays Charles Xavier (Professor X) took on his first acting role at the age of 15 in The Near Room. Although he wasn’t very interested in acting when he first joined the film, soon afterward he became thrilled with studying acting. He continued his education by becoming a member of PACE Youth Theatre and graduating from the Royal Scottish Academy of Music and Drama in 2000.

Andrew Garfield, or better known as the Amazing Spider-Man, initially wanted to study business, but became interested in acting when a friend got him to take Theatre Studies in school. Soon afterward, Andrew attended Priory Preparatory School in Barnstead and then studied at the City of London Freemen’s School in Ashtead. Wrapping up his education, he enrolled himself at the Central School of Speech and Drama, University of London.

Patrick Stewart, who played the original Professor X (Charles Xavier) loved acting since the age of 15 when he left school and took up a role at a local theatre. He then took on a job as a newspaper reporter and boxer, but ultimately returned to acting. Later on, he attended the Bristol Old Vic Theatre School where he graduated.

Hugh Jackman, who infamously played Wolverine, went to Pymble Public School and then transferred to Knox Grammar School, where he starred in his first play, My Fair Lady. After graduating, he worked for a year as a Physical Education teacher at Uppingham School and soon returned to his studies at the University of Technology, Sydney, where he graduated with a BA in Communications in 1991. During his last year of college, he took a drama class and was the lead in The Memorandum. He remarked about the theatre experience, “In that week I felt more at home with those people than I did in the entire three years (at university).” After graduating from college, he continued his education by taking a one-year course called “The Journey” at the Actors’ Centre, located in Sydney. Soon after “The Journey,” he turned down a role for a popular soap opera, Neighbours, to attend the Western Australian Academy of Performing Arts, where he graduated in 1994.

It’s surprising how many superheroes are actually classically trained actors! From the courage and strength of Captain America to the nearly indestructible claws of Wolverine, you’d never imagine how they’d look studying in a classroom. Hopefully, these theatre-trained actors give you some inspiration to attend an acting school in New York City. The chances are out there, it’s time you started studying like the fellow superhero actors you see in modern-day movies.