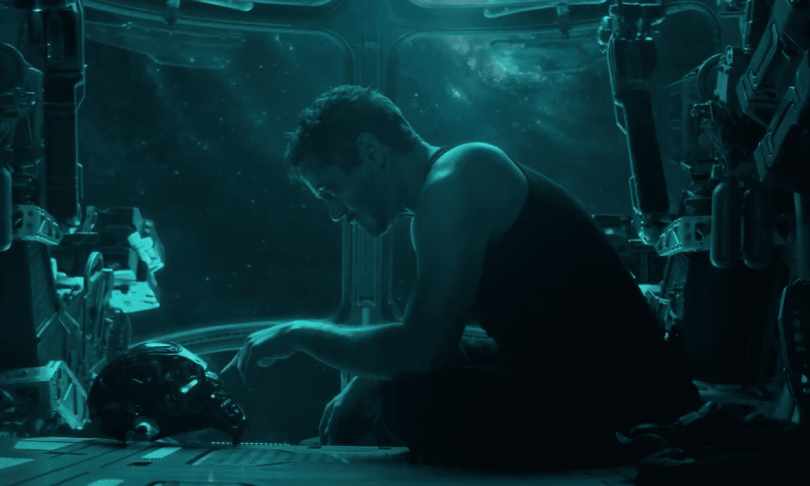 It has been months since Avengers: Infinity War left the world reeling, and anticipation has been building up for the first trailer of its sequel. Finally, the first trailer for Avengers: Endgame has dropped, and it is as solemn yet exciting as imagined. Thanos snapped his fingers and wiped out half of the universe using the Infinity Gauntlet, leaving the Avengers lost and in mourning. Endgame’s trailer carries the gloomy ending of Infinity War like a depressed donkey, and we’re along for the ride. The final days of Phase Three are at hand in this minimalistic but moving trailer.

Tony Stark, having lost his whole would-be team of misfits thanks to Thanos, now drifts through space in Star Lord’s equally dead spacecraft. Stark records a holographic farewell message for Pepper Potts, out of food, water, and soon oxygen as well. Iron Man is clearly on his last leg. We can only assume he is travelling with Nebula, who appears later on in the trailer. Though Stark seems to have come to welcome death, his words may have some hidden meaning to them.

As he says, “Just for the record, being adrift in space with zero promise of rescue is more fun than it sounds.” And the fact he is recording this message to Pepper hints she could be coming to the rescue. Months back, Gwyneth Paltrow posted a selfie on Instagram whilst dressed in some sort of mocap suit, which was deleted shortly after. Could it be she is going to wear an Iron Suit, and take on her comic book alter ego of Rescue?

After the Marvel logo disintegrates, we see Thanos appears to have taken up retirement from universal genocide, now a farmer. In a nice little nod to the Infinity War comic, Thanos’ armour is seen repurposed as a scarecrow. Black Widow is seen telling someone about exactly what Thanos did. At the Avengers base, our heroes are looking pretty bummed out. A shaven Steve Rogers sheds tears, Thor sits alone in a deserted Avengers HQ, and Bruce Banner examines those who were lost in the Snap. This scene has two notes of interest – Scott Lang is listed as missing, but so is Shuri! And this is after Angela Bassett claimed Shuri had survived in an interview. Though, she, like Scott and Peter Parker are labelled as “Missing” rather than “Dead”. Of course, we know the fate of one of those characters…

Steve monologues that Thanos’ decimation caused loss for everyone, including friends and family. Cue the trailer cutting to a Japanese city street where a hooded, sword-wielding stranger is seen cleaning up the streets. Oh, wait, it is actually Hawkeye himself, now named Ronin, the character’s comic book vigilante identity. It has to be intentional that the trailer focuses on Hawkeye’s return just as Steve mentions the loss of family. No doubt Clint lost his beloved family to Thanos’ “justice”.

Steve and Natasha are next seen suited up and in a Quinjet going somewhere. Cap examines his old compass with a photo of the late Peggy Carter in it. We know this will be Chris Evans’ last performance as Captain America, so this inclusion may be a build up to his star spangled send-off. The duo have a plan, but what that is remains a mystery, but Steve implies that it is their only option.

The title of Avengers: Endgame is revealed in dramatic fashion. In spectacular detail, the huge iconic “A” logo of the Avengers appears to rebuilt from dust. This hints at not only the resurrection of Earth’s Mightiest Heroes, but the universe being saved, and maybe even a hint at time travel.

Speaking of which, Steve and Natasha get a surprise when Scott Lang himself appears outside their headquarters in Luis’ truck. The two are shocked to see him, since he was seen labelled as missing earlier in the trailer. This implies that some time has passed since the end of Infinity War. Rumours abound have suggested there will be a time jump and a plot involving Ant-Man, the Quantum Realm, and time travel. Who knew that the fate of the universe would be in the hands of Ant-Man!

Regardless of what this trailer is hinting, one thing is clear. As Doctor Strange said in Infinity War – we’re in the endgame now. Oh, those clever Russo Brothers!

What did you think of Avengers: Endgame’s first trailer? Defied expectations or was a let down? Leave a comment below or on our Twitter and Facebook feeds.