Home » Avatar the Last Airbender: A Nostalgic Look at a Beloved Classic 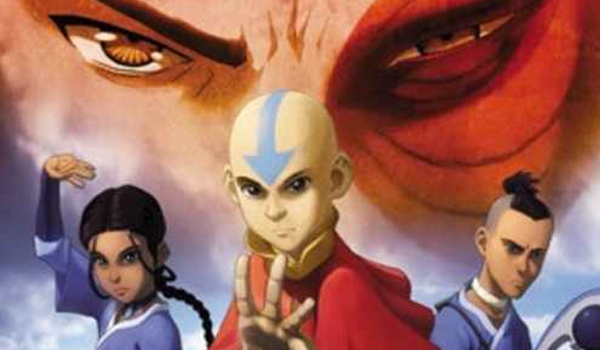 In honor of the recent announcement regarding a new, live-action retelling of the beloved Avatar the Last Airbender, we at AP2HYC felt it was about time to review this animated masterpiece. We’ll eventually be reviewing all of Dark Horses’ comic expansions but first let’s take a look at where it all began with season one.

Avatar the Last Airbender, created by Mike DiMartino and Bryan Konietzko (also known as Bryke collectively), centers around a world divided by four nations where each nation has people who are able to bend a specific element. And, well, we’ll let Katara’s monologue take it from here:

“Water. Earth. Fire. Air. Long ago, the four nations lived together in harmony. Then, everything changed when the Fire Nation attacked. Only the Avatar, master of all four elements, could stop them, but when the world needed him most, he vanished. A hundred years passed and my brother and I discovered the new Avatar, an airbender named Aang. And although his airbending skills are great, he has a lot to learn before he’s ready to save anyone. But I believe Aang can save the world.“ 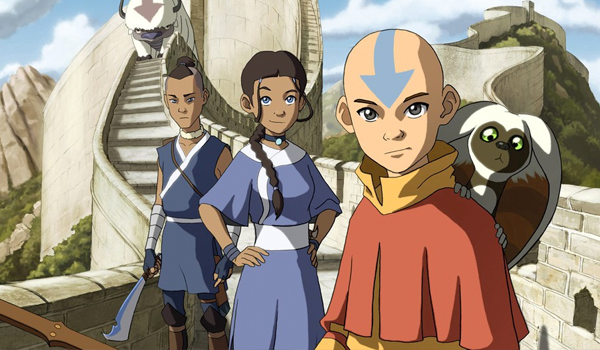 The first season primarily sets up the main cast of characters, the world, and the main conflict: Aang must defeat the big bad, the Fire Lord, before Sozin’s Comet arrives at the end of the summer. In his attempt of learning the other three elements, he is pursued by Prince Zuko and Admiral Zhao while making friends such as Katara and Sokka along the way. Season one primarily focuses on the group’s journey to the North Pole where Aang must learn and master the first element: water.

One of the most unique aspects to Avatar the Last Airbender is the world building. While American shows have drawn influence from eastern culture before, none have taken such inspiration from the various cultures quite like this series. It feels completely new and fresh even watching it years after the show has premiered. Truly, there just isn’t anything like it. Yes, there are clear homages to Hayao Miyazaki and other famous anime sprinkled throughout the series, with Appa being the most prominent example, but there are enough elements from Chinese, Inuit, and Tibetan cultures that make the world feel different. It is not a blatant rip off of a Miyazaki movie but something that clearly had thoughtful research poured into it.

Another strong element of the show is its strong sense of characters and their character arc. Even in just one season, we are given some great characterizations. We have the motherly but badass Katara, sarcastic and clever Sokka, and, of course, Prince Zuko who has one of the best character arcs in television. Each character has their own, distinct voice with their own struggles. Aang struggles with his new responsibilities as the Avatar, the fate of the world on his shoulders. Katara knits the group together while also wanting to pursue her own learning of waterbending all the while still struggling with the death of her mother. Zuko fights for his honor while pursuing Aang as he slowly becomes an enemy of the Fire Nation and the Gaang (or, Team Avatar). They all have something to fight for and to motivate their actions.

Season one also does a great job of setting the tone for the rest of the series. It has its serious moments that will pull at your heartstrings but also knows when to be lighthearted and funny. One of the main themes of this show is balance and the creators have managed to successfully balance the tone throughout most of the episodes. It’s a show that knows when to have fun but also takes kids seriously and asks them to contemplate things in a new way.

When it comes to seasons, there really isn’t a bad season of Avatar. The special thing about season one is the nostalgia of remembering when you first watched this show. For me, I began watching this series when it first premiered on Nickelodeon back in 2005 and watched the new episodes every week. While like all shows there are some duds, season one can pride itself as having some of the best episodes of the entire series. In particular, collectively fans of the show knew when watching the episode “The Storm” that they were in for something special. That moment alone makes this season a great one. It gets its audience invested in this world, these characters, this story. And it’s at the moment of “The Storm” that we all realize this show is here to stay and last and forever leave us feeling breathless.

Words alone cannot praise this series enough. It’s an experience and, like all experiences, it has to have a beginning, a middle, and an end. This is the beginning. If you haven’t watched Avatar the Last Airbender, we cannot recommend it enough. It really is something special that will warm your heart when you need it most.

Had fun taking a trip down memory lane with us? Are you excited as we plunge through all things Avatar? Then, give us a shout in the comments below or on Facebook or Twitter!