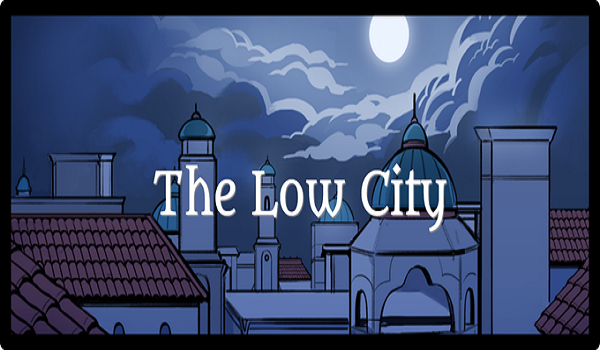 Low City is a fantasy buddy cop comic written by Walter Nealing and illustrated by Ariana Orner.  Currently it’s raising funds on Kickstarter. I got a chance to read the pilot issue (about 30 pages), which is available to read or download.

The comic started off with the main character, the seasoned veteran officer Del Cosante (nicknamed D.C.) giving a report of her most recent case. The introduction to the case via the report gave a good solid back story to her duty as an officer and her tense relationship with her intern Kail, a young elven noble son. Kail is young, inexperienced and quick to use magic without thinking. D.C. is the type that does not seem to want a work partner. There is something in D.C.’s past to be explored later in the story. Despite the mishap of the early chase, D.C. and Kail do get a lead thank to some possibly magic trinket and they intend to find out what it does and maybe who is belongs too.

Low City is definitely a fantasy buddy cop story as advertised. While there are hundreds of buddy cop stories, rarely are they set in a fantasy setting. Buddy cop stories work well especially when one pairs two opposites together (i.e. experience v. youth; crazy v. serious, etc.). While it’s clearly fantasy, it’s more mystery/crime drama feeling. I think it’s a very well done take on a tired but true buddy cop set up, so far. I have no real complaints, only mere warnings for the rest of the comic. I hope to see some interesting and fun twists and turns, maybe things you wouldn’t suspect in this particular kind of story!

The only two characters important in this pilot issue are Del Cosante (D.C.) and Kail. I am really glad that we’re not saddled with too many characters so we get to focus on the main duo. D.C. is clearly an experienced officer.  She is seriously awesome and skilled, wielding two swords.  No-nonsense and a loner, she is the type to clash with authority when she feels that she is right. When it comes to work partners, she’s got a chip on her shoulder (I suspect a past partner betrayed her). On a side note, she’s happily married to a nice woman, so yay for a good relationship! (And also points for being inclusive!)

Like I said, Kail is naive, inexperienced, reckless with magic, but he is attempting to learn. We learn rather quickly that he’s a noble son and he was basically forced to be D.C.’s charge. He’s not as fleshed out as D.C., but I think once he works towards valuing D.C.’s experience more, he’ll grow as a character. Kail has potential. These two very clearly have good start to character arcs. I can’t wait to see them both grow as people because they learned to trust each other and work together well as a team.

Other than the obvious, there is a major theme I noticed that I appreciate. Magic will be apart of this story, as Kail and D.C. can both use magic. But there’s an underlying question of whether or not one should use magic for everything or use it as a tool? It comes down to the morality of magic – can magic hurt more than can it help?  I hope that this theme is explored more.

Hands down the best thing about this comic is the art. The artwork is colourful and vivid. Truly Ariana Orner brings the life to the world of Low City. I also appreciate the balance between the artwork and the text bubbles/exposition bubbles is spot on. Readers aren’t too bogged down with too much exposition bubbles as the art truly adds to the storytelling aspect of this comic.

My overall opinion is that Low City is a solid, enjoyable, easy to read story that would appeal to fantasy readers, mystery readers, crime drama show watchers, and comic readers in general. The characters are quite good.  D.C.’s a bit stronger of a character than Kail, who hasn’t had his moment to shine yet. The story and themes are engaging. The artwork is phenomenal and really adds to the comic’s story. I can’t wait to read the rest and perhaps see some engaging twists and turns to keep making Low City a unique fantastical buddy cop story.

Check out Low City and let us know what you think in the comments or send us your thoughts on Facebook or Twitter!  ANd if you really like it support in on Kickstarter.