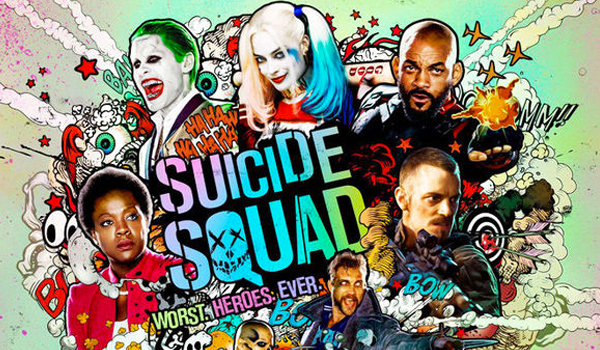 Suicide Squad, released in 2016, was a raging dumpster fire of a mess.  This movie was the third installment of the DC Extended Universe, just after Man of Steel and Batman vs. Superman:  Dawn of Justice. It was not well received by fans and critics alike. Considering that the previous two movies were not the best either, it’s a miracle that the DCEU even managed to continue after Suicide Squad.  But perhaps that was largely due to the fact that it made nearly $750 million dollars worldwide despite everything and allowed Warner Brothers to cash in on the sweet superhero box office money.

Still, with all that profit, where did Suicide Squad go wrong?

Something happened prior to the Suicide Squad‘s summer release date of August 2016.  Deadpool came out in February 2016 and the Merc with the Mouth’s raunchy, Rated-R movie was a resounding success.  Cue the Warner Brother’s executives’ panic and the ordering of Suicide Squad reshoots and edits.  The movie didn’t actually get finished until June.  They were cutting it close to the premiere.

In doing reshoots and edits after Deadpool came out, Suicide Squad was doomed to fail.  When watching the movie, you can tell that there was barely any cohesion—scenes that clearly needed to be in it were cut, others were pieced together.  Did anyone in the post-production team watch this movie before sending it off?

With Batman v. Superman jamming in so many big shot Justice Leaguers in a nearly three hour movie and receiving criticism for it, Warner Brothers and DC should have learned their lesson the first time.  Simply put, Suicide Squad had way too many characters to juggle. Not to mention, most of the characters were not well known. Outside of die-hard comic book fans, most causal movie goers would only really recognize the Joker and Harley Quinn.

The writers and director clearly tried to get people to care about the characters, but failed to establish any of them well.  Amanda Waller spent the meeting at the Pentagon giving audiences a large exposition dump about each of her chosen candidates for the program.  They had to do it that way, because otherwise it would be impossible to give each character the arc they deserved.

In addition to the plethora of characters, the plot was the same storyline we’ve seen over and over again in superhero films. While there is always a big bad for heroes to vanquish in any good superhero movie, the Marvel Cinematic Universe always manages to hide it so well. In contrast, the DCEU just…doesn’t. The villain is there to take over the world and that’s about it. Not to mention, the subplot featuring the Joker rescuing Harley is completely unnecessary. It does nothing to further the story and the movie would be the same, boring mess without it.

Director David Ayer lamented that he wished the Joker was the main villain of Suicide Squad. If the Joker was, it would have been a completely different movie.  If it were anyone but Jared Leto, it might have been even good.

If the Joker wasn’t going to be the villain, he should have been cut from the film. The Joker is the biggest and arguably most popular Batman villain.  The only reason his subplot stayed in the film was to draw the attention of non-comic book fans. And so that Jared Leto would have one less thing to complain about.

There was a lot that went wrong with Suicide Squad.  The reshoots and editing to make it more lighthearted and funny to keep up with the MCU killed it before it got to theaters.  The story, therefore, had no cohesion and there was mood whiplash throughout.  The plot was too generic.

There were too many characters, ones not really well-known or completely unnecessary.  It would have made more sense to just have Rick Flag, Deadshot, Harley, and Katana to start and add more characters in future movies.  There should have been more about establishing core characters and making you care about them.

It’s no wonder Suicide Squad was a critical failure.

What do you think? Where did Suicide Squad go wrong?  Let us know in the comments or send us your thoughts on Facebook or Twitter!