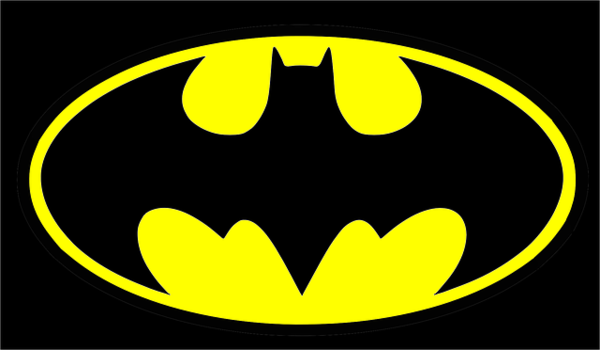 Batman turns 80 this year in May. Of course, Batman, created in 1939 by Bob Kane and Bill Finger, is one of the world’s most iconic superhero figures. The Dark Knight had been the subject of countless television shows (animated and live-action), movies (animated and live-action, again), action figures, toys, games, and of course, the medium that started it all, comic books. And there had been a lot of Batman-related comic books and graphic novels over the years and more produced each month with the extended Batfamily.

With eighty years of comic storylines from DC, it is hard to pick the most essential Batman comics. In order for this list not to become unsightly and long, I narrowed them by importance to the Batman mythology. The list is in no particular order and it does necessarily mean that I like the storyline, just that I understand its importance to Batman’s mythos.

1. The Case of the Chemical Syndicate 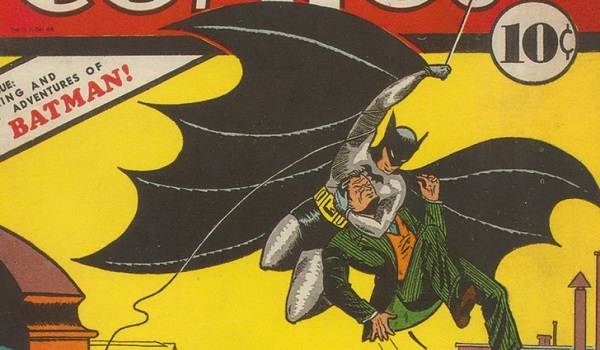 I would be remiss in a list of essential Batman comic storylines not to include the very first issue that featured the Dark Knight. Detective Comics #27, art by Bob Kane and written by Bill Finger, is an actual mystery. It starts with the murder of a man, having Commissioner Gordon begin an investigation and then a mysterious “Bat-Man” arrives to aid the police in his own way. It’s not a spectacular story, and the storyline had been compared to one of the novels featuring 1930s pulp hero, the Shadow. In fact, Bob Kane later admitted that he did take a lot from the Shadow to create Batman. Fun fact – Batman killed three people in his debut because of the influence of the Shadow.

Since the overall importance of this issue is being the first published Batman adventure, it had been remade five times over the years by others. In 1969, it was redone by Mike Friedrich for the 30th anniversary. In 1986 there was another remake by Roy Thomas and Marshall Rogers. Detective Comics #627 included four versions of the story – the 1939 original, the 1969 update and two new versions (one by Marv Wolfman and Jim Aparo, and another by Alan Grant and Norm Brewfogle). And lastly, in 2014 for Detective Comics volume 2 #27 of the New 52, Brad Meltzer wrote another updated version.

2. The Man Behind the Red Hood 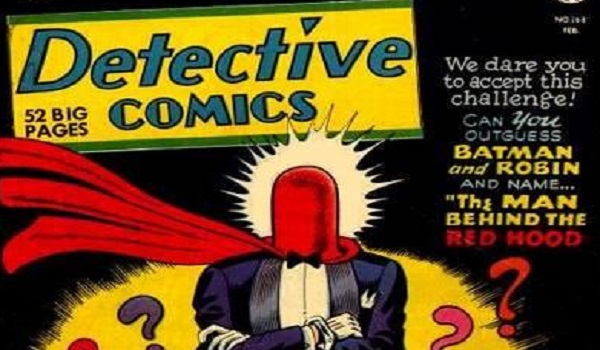 Yes, yes, another old comic made it to the list, but this one was also very important to Batman! Detective Comics #168 “The Man Behind the Red Hood!” is the first take on the Joker’s origin story. Basically everyone knows a variation of the origin of Joker since it had been told so many times. In this 1951 origin of the Joker, said villain monologues to Batman and Robin and a group of criminology college students about being a lab worker who decided to steal from the Monarch Playing Card Company. The Joker told them about his tragic accident of falling into chemical waste, losing his mind and dedicating his life to destroying Batman.

3. Batman: A Death in the Family 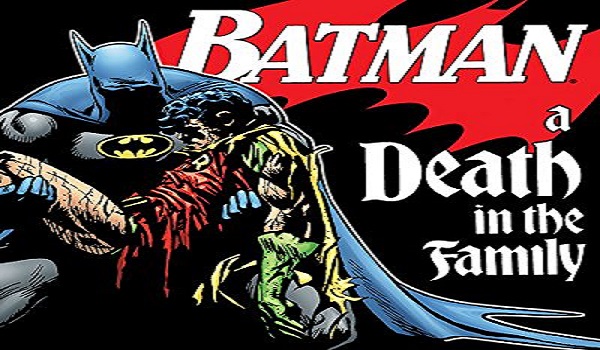 Back in the day, comic book fans hated Jason Todd, who replaced beloved Robin Dick Grayson in the 1980’s as Dick went off to college. Naturally, since there was no internet and fandom was different then, letters sent to DC told the editors this fact. “A Death in the Family” is a four-issue Batman storyline (Batman #426-429, 1988) by Jim Starlin and Jim Aparo with Mike Mignola on covers.

In this storyline, impulsive Jason Todd is “fired” by Batman and then goes on a journey to find his birth mother.  Infamously, Joker kidnaps the Boy Wonder and beats the boy near death. And the only reason the death went through was because of the infamous 900 number voting system. Fans voted on whether Jason Todd lived or died. In favour of the death, the second Robin is killed in a warehouse explosive.

This storyline was important on many fronts but the most important was that it was a core character murdered by the Joker and not some innocent bystanders. Jason Todd’s death haunted Batman for years. And it taught DC a lesson – kill a Robin, make some money and get free press. 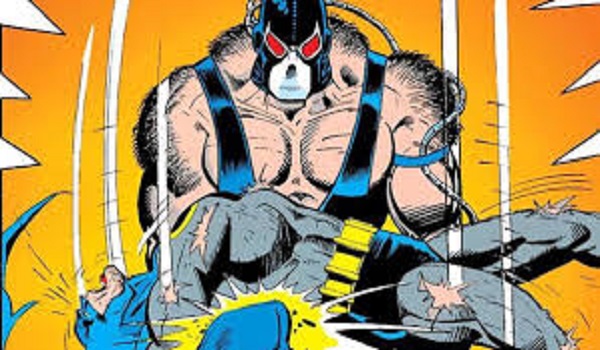 “Knightfall” (1993-1994) is one of the most iconic Batman storylines and had long-term ramifications for the Batman continuity. For some context, “Knightfall” took place very shortly after “The Death of Superman.” So, early 1990’s, DC took out two of its best heroes – Superman and Batman just to drive sales. It was in this comic that Bane broke Batman’s back, after Bane broke all the major Batman villains out of Arkham Asylum to tire out the Dark Knight. Robin, at the time, was Tim Drake and this event strained the relationship between him and Batman.

It was also the storyline where Jean-Paul Valley/Azrael took over for Bruce as Batman, despite Tim arguing that it should be Dick Grayson (the original Robin) who had more experience and more importantly, was not insane. Azrael was so unhinged and his actions changed Batman’s relationship with the public, the police and his fellow superheroes for the foreseeable future.

Adapted a number of times, the most notable was during the Dark Knight Rises, “Knightfall” remains one of the most essential Batman stories. 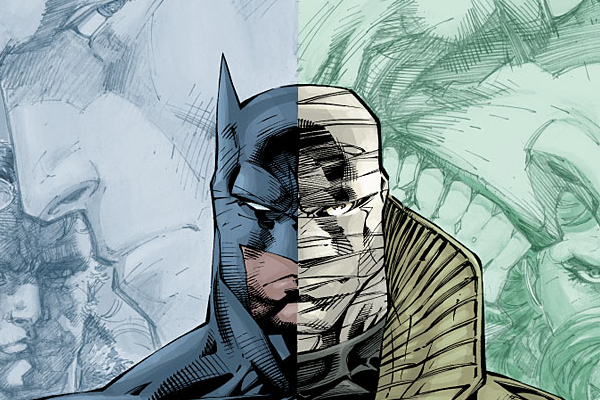 “Batman: Hush”, written by Jeph Loeb, penciled by Jim Lee, inked by Scott Williams, and coloured by Alex Sinclair in Batman #608-619 (Dec 2002-Nov 2003) captivated readers. It features the debut of the stalker/villain Hush, who was intent on sabotaging Batman from afar. The story included everyone–all the villains, a dead Robin, Nightwing, the current Robin, some BatCat romance potential.

It’s getting an DC original animated movie in summer 2019.

“Year One” by Frank Miller and David Mazzucchelli ran in Batman #404-407 in 1987. The storyline “Year One” not only deals with Batman’s early crime-fighting days but also Jim Gordon acclimating to the GCPD as a detective. The development of the Batman and Jim Gordon partnership was well-received. “Year One” showed that at one point Batman was inexperienced as a crime-fighter. The noir take on Gotham and Batman helped cement the tone of Batman in the comics for a long time. 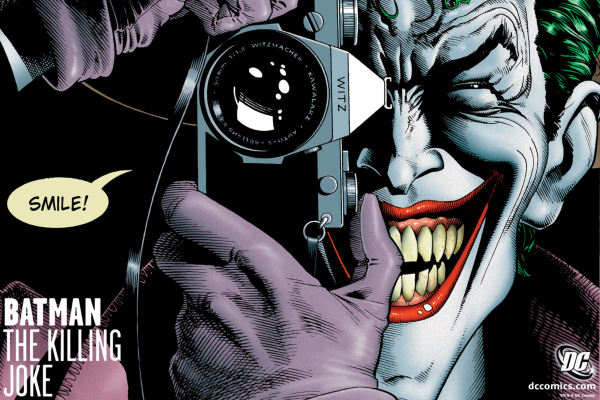 While I have strong opinions on The Killing Joke as it pertained to the treatment of Barbara Gordon’s Batgirl, I unfortunately have to put it on the list because it is an essential Batman story. Like I mentioned above, The Killing Joke took the origin of Joker from “The Man Behind the Red Hood” 1951 storyline immensely. The Killing Joke (1988) was by Alan Moore and Brian Bolland and it explored the duality of Batman and Joker.

The “one bad day” theme came about in the Killing Joke. It only takes one bad guy to drive an ordinary man insane.  While it does explore one possibly origin, Joker is an unreliable narrator–meaning that the whole story was probably a lie.

Even though, the Killing Joke was supposed to be a one-shot comic, it had serious consequences… for Barbara Gordon. Despite this story supposed to be out-of-continuity, DC thought it amazing to take what happened to Barbara and put in in the Batgirl comic. 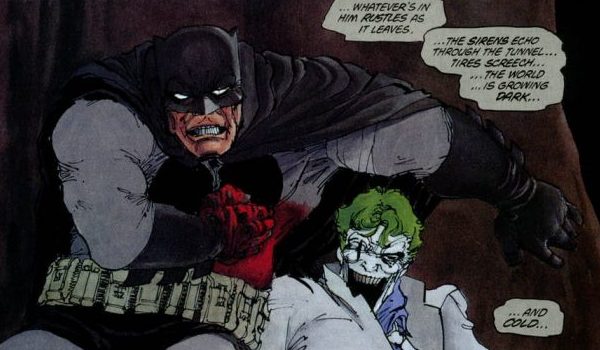 The Dark Knight Returns is the only miniseries on this list. Written by Frank Miller and illustrated by Miller and Klaus Janson, it takes a darker spin on Batman in a dystopian future.  Most notably, Carrie Kelley was introduced as Robin. Retired old Batman was forced out of retirement by memories of the murder of his parents and the rise of a gang calling themselves “the Mutants”. This four-issue miniseries redefined the Dark Knight, successfully changing public perspective of Batman from the Adam West campy Batman to the grim-dark modern Batman.

Despite the over-saturation of Batman and Batman-related comics, movies, shows, etc., for the last 30 years (my entire life), Batman is one of the most well-known and beloved superhero characters. There are many more storylines from Batman that were also essential, but these were the most in my opinion. There are versions of Batman we all like better than comic Batman. DCAU Batman is still my favourite Batman.

What do you think the most essential Batman comics are? Do you agree with my list? Let us know in the comments or send us your thoughts on Facebook or Twitter!