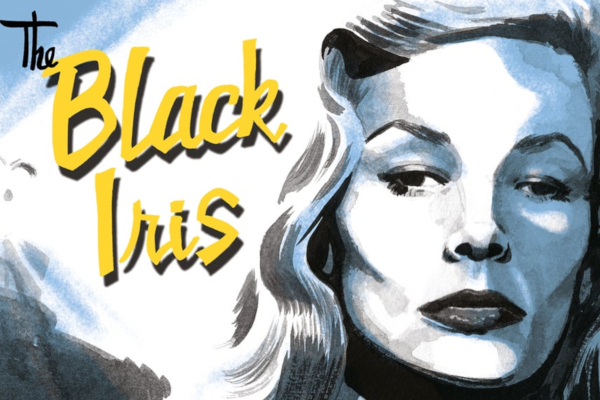 Russell Mark Olson has become a talent to watch ever since his four-issue series Gateway City lit up the indie comic scene last year. Like Paper Girls through a Dick Tracy lens, the comic’s jovial mixture of noir-tinged detective drama and bonkers sci-fi extravaganza has since landed Olson the Tripwire award for Best New Talent earlier this year. Now, from collecting Gateway City into a trade paperback via Kickstarter last year, Olson returns with a one-off publication – the supremely fun and visually gorgeous The Black Iris.

Presented as a series of wordless, landscape drawings, The Black Iris began life as a series of sketches Olson drew for Inktober last October, and its spontaneous flavour charges at you with huge enthusiasm. The Black Iris taps into Gateway City‘s noir leanings with its visually sumptuous tale of an undercover agent of Allied Forces stealing Nazi secrets, with danger lurking at every turn. The wordless narrative ensures that The Black Iris is a story that’s shown, not told, allowing the comic’s smokey, evocative art to radiate with every page. 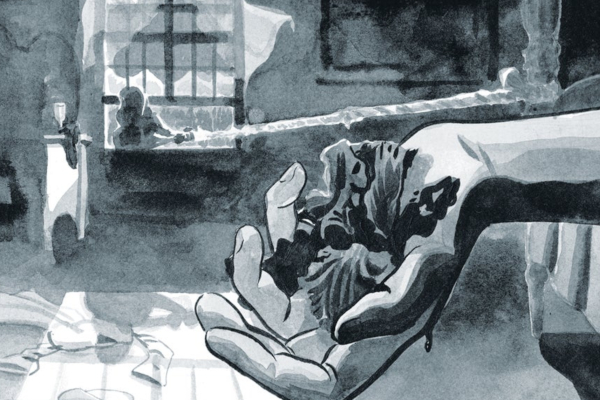 The Black Iris is illustrated in black and white, but with Olson’s emphasis on shape, shadow and sketching, it’s quite a three-dimensional sort of black and white. As our nameless heroine slinks her way through this Nazi stronghold, her avoidance in being seen allows for plenty of eye-catching perspectives to be utilised. Darting in and out of the shadows, Olson gives The Black Iris a marvellous sense of depth and scale.

Narrative-wise, The Black Iris is a smooth, effortless romp through camp, pulpy scenarios. The comic’s climax gives way to more energetic vibes than the espionage-flavoured tone from earlier on, as Olson dispenses with the spy motifs and goes all out on a near-comical finale involving the heroine doing battle with the Nazi’s secret weapon itself. That tonal shift throws The Black Iris off balance somewhat. It highlights the playful nature of the comic overall, but doesn’t compliment the initial vibes laid out in the comic’s first half. 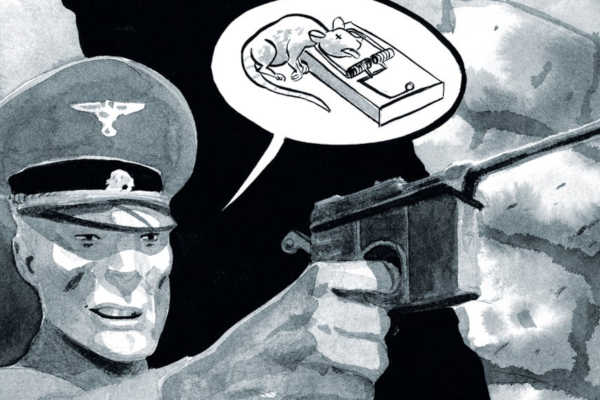 The sharp, visual frenzy of the comic never falters, however, and it carries both halves of the comics with fun, reckless abandon. The end result is that The Black Iris is a thoroughly handsome affair, and a testament to Olson’s idiosyncratic skills as an artist. Even with the two juxtaposing halves of the comic, the visual unity Olson applies to the comic is more than enough reason for you to get your hands on this title. An eye-popping treat from a rising talent.

You can discover more about The Black Iris, and Olson’s other comics, via his online store. Were you already intoxicated by The Black Iris‘ noir leanings? Let us know in the comments section or send us a Tweet!