Home » The Slice-of-Life Surrealism of But a Dream! Leaps Into Your Face 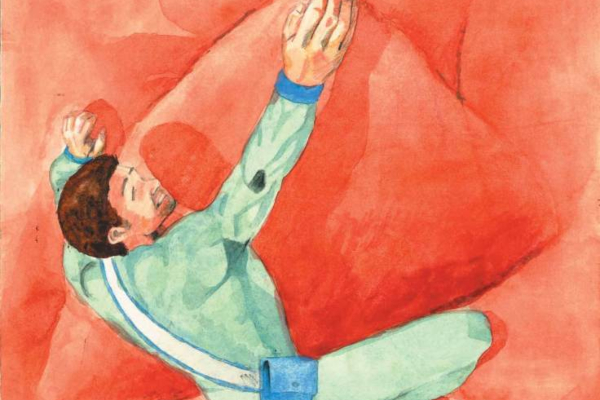 There’s quite a bit of history packed into But a Dream!‘s modest compactness. Comic book writer/illustrator/journalist David Robertson presents his 10th collection of self-penned strips from his publishing imprint Fred Egg Comics, it’s a beguiling reach into Robertson’s past as a comic creator. But a Dream! celebrates, ridicules and observes life through the lens of the 1990’s. The 9 strips featured here were originally written and drawn back then, with Robertson collecting together his most cohesive strips from that time.

90’s culture is here in all its glory – Mighty Morphin Power Rangers, Tony Blair, Virgin Megastores are amongst some of the recognisable elements of that era that serve to set the scene in Robertson’s strips. However, it’s not the 90’s setting that’s most apparent about But a Dream!. It’s the comic’s off-hand sense of surrealism injected into its scenarios. Throughout the comic, Robertson’s characters are caught adrift between reality and fantasy, throwing each strip’s narrative into an unpredictable limbo as we lurch from one setting to the other. 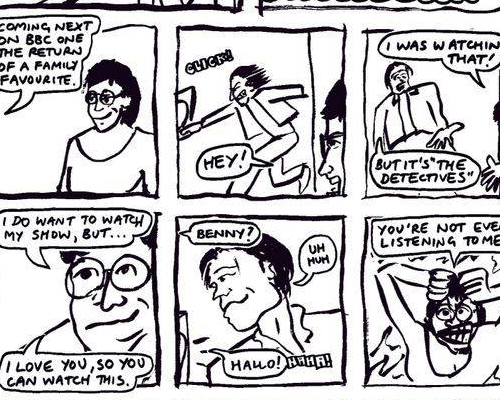 The overall deadpan mood of But a Dream! keeps an overall structure in place, but the unabashed oddness of this comic is plain for all to see. It doesn’t follow any strict textbook rules for constructing narrative or art, it simply does as the mood takes it. Matching that is Robertson’s monochrome, scrawling artwork, which gives But a Dream! a suitably urban feel, complimenting the slice-of-life scenarios featured in the strips. The homegrown feel to But a Dream!‘s art counterbalances the thrusting surrealism punctured throughout the comic. From the characters to the panels, there’s a very singular mindset at work in this comic. 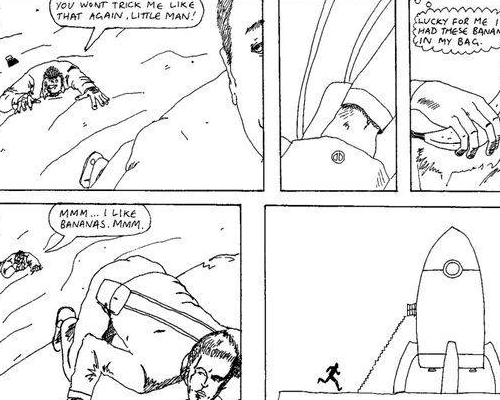 But a Dream! is a strange comic. Very strange. Robertson’s depictions of everyday life warped into unfathomably quirky outcomes is an acquired taste, yet it’s also quite an enjoyable ride. The aforementioned unpredictable edge But a Dream! has keeps the reader hooked, whilst the sketchy, spontaneous art ensures that Robertson is able to pull forth different, subtle shades of detail with every drawing.

Ultimately, But a Dream! stands as a handsomely bizarre collection of sequential musings. It’s sly, energetic and amusing, and a welcome addition to Robertson’s ever-growing back catalogue of comics. His 11th collection, Bell Time, will be released later this year. Already available digitally as a web-comic, we’ll wait with baited breath to find out if it will top But a Dream!‘s far-reaching sense of doodling madness.

You can discover more about But a Dream!, along with Robertson’s other work, via Fred Egg Comics. Are you a fan of Robertson’s work? Let us know in the comments section below or send us a Tweet!