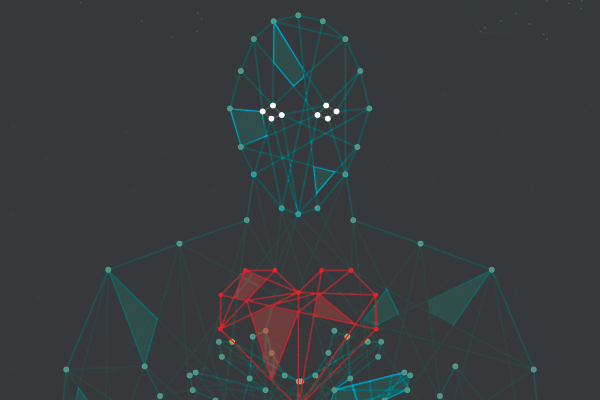 The DIY nature of independent and small press comics enables them to not be restricted to any one locale, though inevitably some countries gain more exposure in their work and creators than others. To raise the profile of indie comics in Ireland, three Dublin-based friends banded together to set up a publishing group with the intention of making the world sit up to Ireland’s indie comics scene: Limit Break Comics.

Paul Carroll, Gareth Luby and Gary Moloney established Limit Break Comics in 2018, and since then have worked with a variety of other creators across the world in producing a slew of titles ranging from the action-comedy Meouch, the supernaturally charged Life & Death, the experimental Mixtape and their most recent offering, the sci-fi anthology Plexus. Their titles are primarily written by Paul and Gary, with Gareth making regular artistic contributions, as well as other creators illustrating, colouring and lettering their work, including Rebecca Reynolds, Katie Fleming, Hassan Otsmane-Elhauo. We caught up with Paul to discover more about Limit Break’s mission of pushing Ireland’s indie comic presence.

A Place To Hang Your Cape: What’s the small press scene like in Ireland?

Paul Caroll: It’s fair to say that Ireland is a small country, and the stereotype of all Irish people knowing each other has a bit of truth when it comes to the small press community. There are a lot of solo creators among our numbers, some of whom do all the work on their books by themselves, and a few groups that have sprung up over the years. 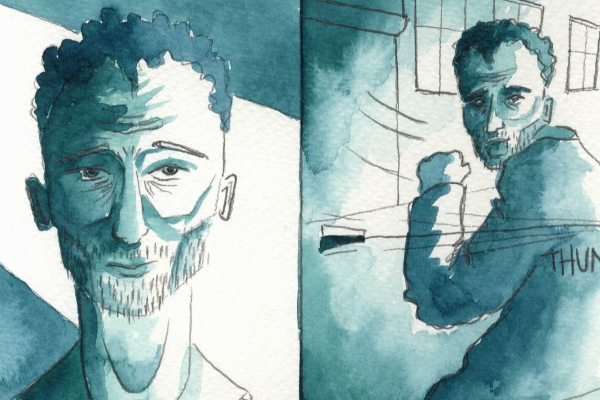 AP2HYC: Why did you want to start a publishing group to expand on this mission?

Carroll: Limit Break Comics started with three of us wanting to produce more work, and to have some way of cross-branding. I had already been making comics and zines with Gareth before we met Gary. A year later, myself and Gary had pushed each other as writers to release our first anthologies.

It all comes down to having someone else there to hold us accountable, to help with editing, and to help manage all the day-to-day operations of producing indie comics. Just having a name and a brand has helped us stand out, and it gave me an opportunity to help build up the excitement of other Irish comics when working with stores, between organising events and helping other creators find a home for their books.

AP2HYC: With your comics so far consisting of sci-fi, supernatural, action-comedy, and more, it sounds like you’re covering all bases. What kind of comics would you say Limit Break produces?

Carroll: It’s difficult to tie us down to single genres, but each of us are taking specific focuses on different genres at the moment. I’m using Plexus as an opportunity to write more sci-fi, but I know I’ll be returning to supernatural and fantasy stories in the future, along with some more explicitly superhero comics. At the same time, Gary is looking at writing more crime stories, and Gareth is finishing Meouch – our action-comedy.

That’s just the immediate future, but it’s fair to say that our main aim is to try tell stories to entertain and inspire. The genres we write in are just a means towards telling those tales. 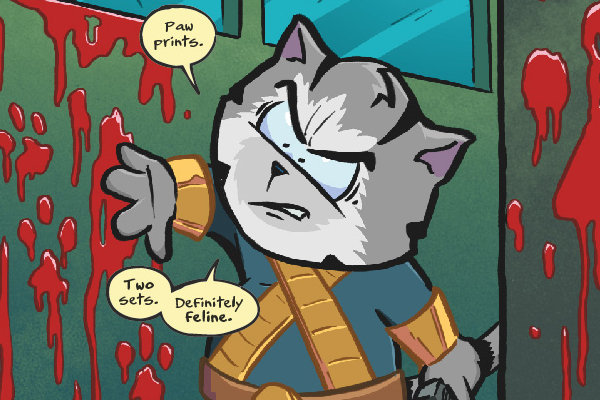 AP2HYC: Plexus is your latest title. How did that come about and what was the process like in creating it?

Corrall: Plexus started with a rejected anthology submission that I’d put together with Steve Mardo. I decided, on the back of that, to pursue the compilation of my own anthology instead. I reached out to a couple of artists after that, both from the Irish comic scene, with pitches for stories.

The creation of each comic started the same way: after the artists had looked at their respective pitches, I wrote the scripts, and then they sent me character sketches. I was allowed to take a step back for a little while after that – Steve, Colm Griffin and Rebecca Reynolds are all more than capable of drawing comics, and we’d spoken about the scripts before they started working. I did tend to write large paragraphs for descriptions at the start of each script – along with an apology in the email it was attached to! – which I think helped make things clearer for each of them to begin with.

Rebecca coloured and lettered Glitch as well as drawing it, which took the pressure off me. I took on those duties for Al and Shelter, which made the process of finishing the book a lot more personal.

AP2HYC: What might you say Plexus adds to Limit Break’s line-up of comics?

Carroll: Every book we produce is an experiment for us as a group, and Plexus is no different. Plexus is Limit Break’s first dedicated sci-fi book, and the first book that we put through Kickstarter. While we act as a collective, and each of us has our own plans for the comics we produce, we all learn from the actions of others when it comes to creating, releasing and promoting our comics. I have no doubt that while the creative aspects of all of Limit Break’s books will stand up by themselves, the experience of producing Plexus will help every book in our line-up in the future stand out on a production and marketing front. Comics are collaboration, and in our case that applies across titles as well as within creative teams. 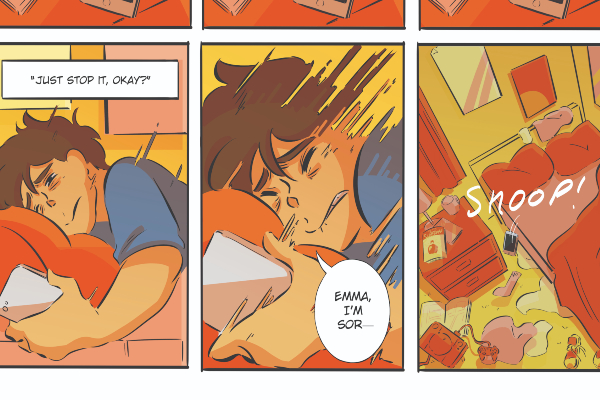 AP2HYC: You invite creators all across the world to contribute to your comics. How does that tie in with expanding Ireland’s standing as a hub for small press comics?

Carroll: There’s a lot to say about Ireland’s comic scene. Up to this point, Limit Break has worked with creators based in Ireland, the UK, the US, Chile, Japan, Romania and Spain, and we’re not alone in reaching out beyond our borders to find people to work with.

I’ve personally been witness to the growing small press comic scene in Ireland over the last few years. Our contemporaries have been pushing boundaries, and producing increasingly professional books, while maintaining a sense of community. The fact that we get to work with international creators while we do so gives us a chance to broaden our horizons and reach new readers.

AP2HYC: Where does Limit Break Comics go from here?

Carroll: Each of us has something new in store. Myself and Gareth are working towards completing our first arc of Meouch in 2020, while Gary is showing off his capacity in serial comics with Lens (published in Bun & Tea). We have other projects in the works, too, yet to be announced, but we can promise that the mix of genres and the breadth of stories we tell together and individually will stay on trend.

It’s where our name comes from, after all. The first limits we seek to break are the ones we put up ourselves.

Will you be discovering more about Limit Break Comics? Are you already a fan of their work? Let us know in the comments section below or send us a Tweet!