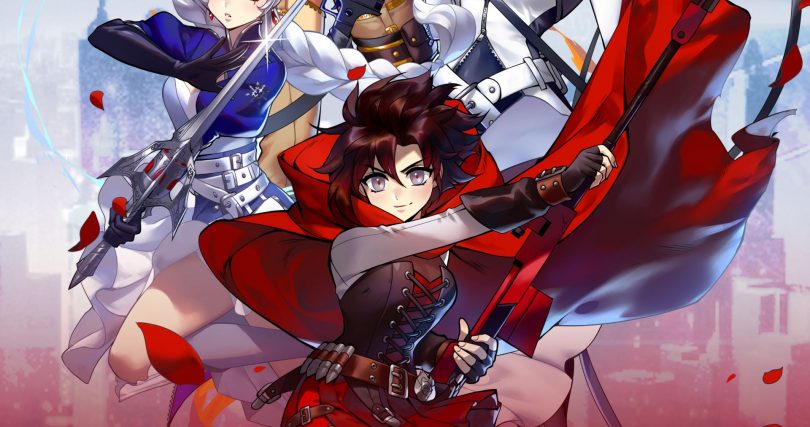 Rooster Teeth’s animated hit RWBY returns on November 2nd for its seventh volume. Although it has been a few mere months since Volume 6 ended, anticipation runs rampant for the return of Monty Oum’s popular show. Last time, Team RWBY and their allies flew for the northern kingdom of Atlas, while the forces of evil make own their moves to bring about its destruction. With some much at stake, and many more challenges to face, what adventures will Ruby, Weiss, Blake, and Yang go on? That is just one of many questions that we in the FNDM speculate and ponder on. Here are seven questions that we hope are addressed for RWBY Volume 7.

Can Weiss Redeem Her Family?

For Weiss Schnee, returning to Atlas means reuniting with her big screwed up family. Weiss has made it clear that she wants to restore honour to her family and the Schnee Dust Company, both poisoned by her father Jacque’s sleazy ways. No longer the heiress to the family, Weiss has a lot going against her, and could fall back under her father’s thumb. But, how will she bring dignity back to her family? Perhaps by aiding the downtrodden Faunus who work in the dust mines, or seeking allies within her family business to oust her father and brother? Or bring it all down and start anew? It is unlikely her father and brother can be redeemed, but maybe Weiss will rebuild a relationship with her as-of-yet-to-be-introduced drunk mother. And as long as Whitley gets punched through a brick wall, I'll be satisfied.

What is Cinder’s Backstory?

Cinder Fall surprised no one by surviving through to Volume 6, plotting with Neo to travel to Atlas to get revenge upon Ruby Rose. And yet, for all of her smugness, manipulation, and power harvesting, we know very little about Cinder’s past. All we know is that she wanted to be powerful and be feared. Being based on Cinderella, perhaps she has a similar backstory, but went on a more wicked path of spite and vengeance. A lack of personal development has left Cinder feeling a bit predictable as a villain, though that maybe the point. If we can get Salem’s entire backstory in one spectacular episode, than why not give Cinder some attention?

Who is the Winter Maiden?

One character who will be detrimental to the Atlas arc is the Winter Maiden, and guardian of the Relic of Creation. While Cinder stole the Fall Maiden’s power, and Branwen ran from her duties as the Spring Maiden, the Winter Maiden could be more dutiful in her task. Guesses have been made on the maiden’s identity, including Weiss’ sister Winter. However, that feels a bit on the nose. If it does turn out she is the maiden, I’ll eat my hat. The Winter Maiden should be an original character, one committed to protecting the Relic of Creation, whether they be young or old, eccentric or stoic. Another request is that the maidens’ powers should be a little more streamlined, with the Winter Maiden’s being water and snow manipulation.

How Much Time Does Oscar Have Left?

Professor Ozpin remained an enigmatic, Dumbledore-esque mentor for Team RWBY til the past few volumes. Actually a world-weary soul trapped in a cycle of reincarnation, Ozpin was tasked by the gods to unify humanity to evade the apocalypse. His latest host is Oscar Pine, who has a ticking clock hanging over his head until he and Ozpin become one soul. Poor Oscar has gone through a lot since leaving his farm, now facing his own loss of identity. Though we do not know how long he has left, we do know Oscar’s time is limited. Will he try to follow his own path, or succumb to Ozpin’s influence, despite defying his control in the past volumes? Will they finally just have a non-vague chat and be honest with each other? Will Oscar come to terms and willingly merge with Ozpin? And what happens if Ozpin reunites with his ex-wife Salem?

The sixth volume of RWBY saw the fittingly pathetic death of Adam Taurus, Blake’s psycho ex-boyfriend. We were given enough information regarding his backstory to humanise him a little, but his past actions towards Blake and Yang are unforgivable. Being impaled by two blades, falling off a cliff, and into a river seems like a pretty definite end for Adam, but his survival wouldn’t be a total surprise. I wouldn’t be against Adam having a redemption arc. Perhaps, if he is still alive, Adam could find himself in the care of caring humans, twisting his already twisted perspective on the world. Or, perhaps the spiteful, little creep should stay dead, since Blake and Yang have been able to overcome their personal traumas caused by Adam. I would not be against Adam’s return, as long as something new was done with the character.

Salem once said that strength will never bring victory, and Atlas might learn that the hard way. Our villains look ready to bring Atlas down from the heavens. Cinder, Neo, Tyrian, Dr. Watts, and Salem herself are all on their way to demolish the kingdom. Dr. Watts will play a key role, being a disgraced Atlesian scientist, and was responsible for bringing down General Ironwood’s fleet during the fall of Beacon. Imagine what mayhem he could unleash upon his own country. Or, maybe other characters will be responsible. Perhaps Jacque or Whitley will become pawns in the villains’ plans to destroy Atlas from the inside. Ironwood could be pushed too far and unintentionally bring about his military and academy’s end through his pride and paranoia. The villains haven’t had a win since Volume 3, so, Volume 7 may be a particularly soul-shattering experience for the characters and us fragile viewers.

This is a question RWBY fans have asked before, and will ask again: Will Penny return? After being unintentionally and horrifically torn apart by Pyrrha in Volume 3, Penny’s demise has been largely underplayed. Now, being a robot, Penny could be built anew by her father, either through a new body, or her old one, if it was retrieved from Beacon. The downside is that Penny was the first robot to generate her own aura and personality; a one-of-a-kind creation. So, if Penny 2.0 is introduced, she would sadly have no memory of her predecessor’s friendship with Ruby. Either that, or she has some sort of mind melding with the original Penny’s brain/soul. Penny’s return would be absolutely welcome, but there should be some conflict there with her appearance.

There are many more questions to ask of course. Are you excited for RWBY Volume 7? What do you hope happens in the next arc? Leave a comment below, or on our Twitter and/or Facebook feeds.