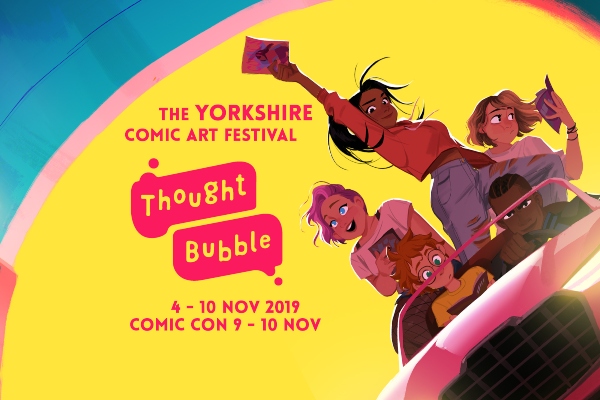 Thought Bubble Comic Art Festival returns for another year, with 2019’s convention taking place at Harrogate Convention Centre, and it promises to pack in another fantastically eclectic array of comic book talent, from independent and small press creators to alumni from Marvel, DC, 2000 AD and more.

AP2HYC unfortunately shan’t have a presence at this year’s event, but with Thought Bubble’s welcome focus on indie comic creators remaining as firm as ever, we cherry-picked a delection of comics launching at the festival that you should discover! 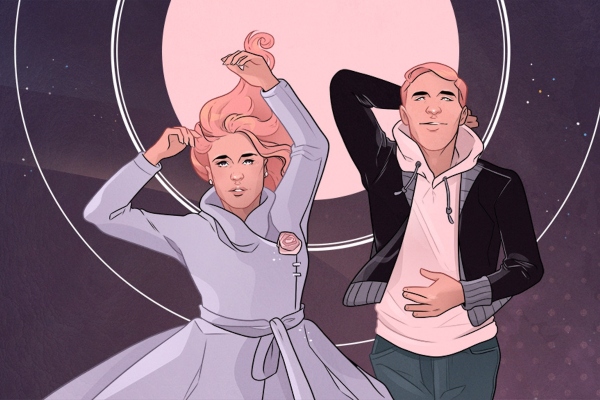 Magical realism is the order of the day in Robin Hoelzemann‘s latest publication, providing readers with another welcome dose of her fantasy-heavy story-telling. Her third graphic novel explores themes of family, grief and love through Olivia Cartwright’s discovery of a shop that sells wishes. Having debuted on Kickstarter with the first volume of her 18th century-set comic Curia Regis, Hoelzemann cemented her fantasy credentials with last year’s elegant and spiritual standalone title The Witching Hour. After Hours continues her explorations of fantasy as a springboard for numerous sub-themes, illuminated by delicate yet richly detailed art and colour. 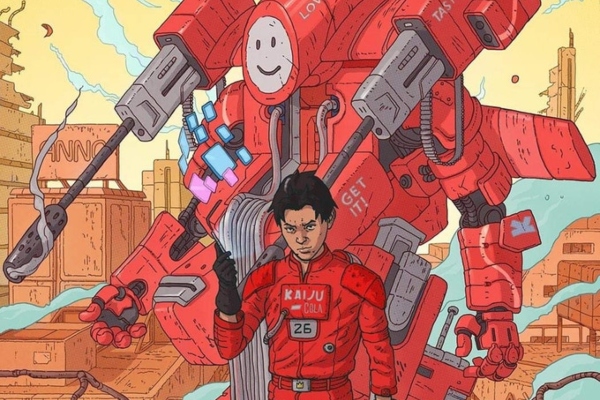 BHP Comics‘ multi-award winning Killtopia‘s second issue packs in all the vibrant, kick-ass action from Volume 1, but also dives deeper into the themes hinted at previously. Killtopia Volume 2‘s disdain for corporate-controlled societies and the culture of toxic fandom weave in and out of each other with palpable effect via Dave Cook‘s quick-witted story-telling, as the plot thickens for rebel Shinji and sentient mech Crash’s fight against the oppresive Killtopia society. Laden with bubblegum-neon art from Craig Paton that lends a twisted sense of joy to the hyper-violence of the comic, Killtopia‘s second outing secures its positioning as an indie comic that’s worth the hype. 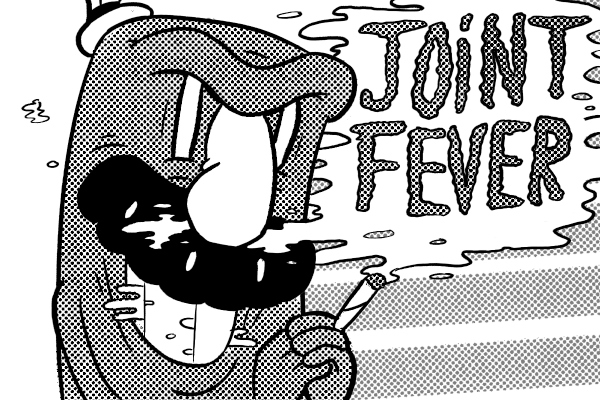 Mat Greaves has been delighting readers with his subversie crime caper comic Chip McFitz, a series detailing the mis-adventures of the sleepless and caffine and cigarette-addicted Los Angeles reporter Charles McFitzgerald, aka Chip McFitz. With two volumes published already, Greaves is launching the third volume, Chip McFitz: Joint Fever, at this year’s Thought Bubble. Packed with vibrant, humerous art that sends up noir-esque crime tropes as much as it celebrates them, Chip McFitz: Joint Fever promises to be another supremely amusing entry in this ongoing series. 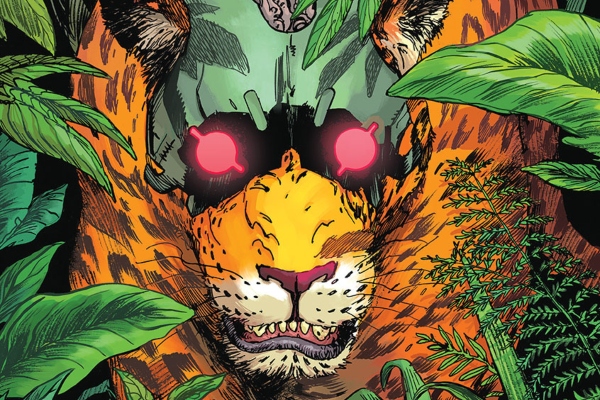 We’re keen followers of Gustaffo Vargas‘ exotic take on familiar cyberpunk aesthetics. Having lit up the indie scene last year with his self-published comics Trujill0 and L1MA, Vargas went on to illustrate titles for Accent UK and Madius Comics. Now he’s returning to self-publishing with Manu, the first instalment in a longer series arc. Where Trujill0 has its roots in tribal lore and L1MA centred in architecture, Vargas takes his trademark Peruvian-flavoured cyberpunk into more primal and character-driven areas with Manu. Whatever mysteries Vargas may reveal in future instalments of this story, any excuse to witness his art in action is a good one. 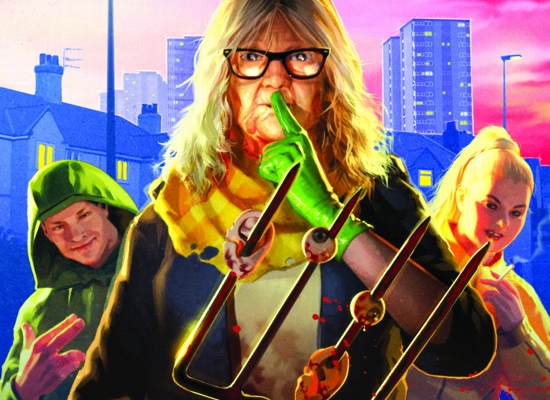 Having rebranded itself last year from including serialised strips and one-offs to entirely standalone comics, Comichaus, the flagship anthology of the app of the same name, returns with a vengeance with #12. We’ve waxed lyrical countless times on AP2HYC on the often-insane types of stories you’ll find in your average issue in Comichaus, often a genre-busting blend of sci-fi, fantasy, horror and more. With creative talent including Ken Reynolds, Jon Laight, Edward Bently and Rory Donald and stories with names like Time Miners and The Morals of Milo Twiceborn, we’ll be thoroughly disappointed if #12 of Comichaus is nothing less than mental. 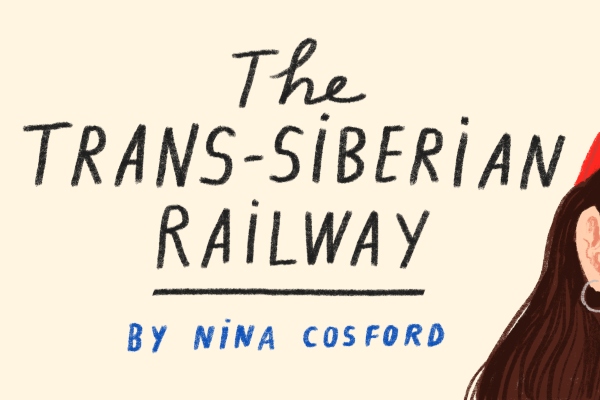 Nina Cosford‘s debut travelogue combines her two passions in life – travel and illustration. Having produced numerous works for other people, she’s now created The Trans-Siberian Railway to document and celebrate her own journeys through the famous railway. The Trans-Siberian Railway brings her adventures to life in a sketchbook-esque style of charm and intimacy, and purposefully aims to distance itself from your typical well-groomed and overly glossy travel publications. 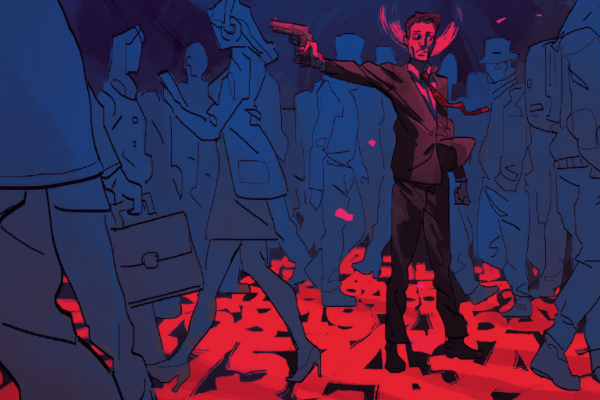 Transmissions‘ debut issue kept us rivted when we reviewed it a while back. The latest title from TPub Comics, Transmissions promises to be a tense, merciless tale of spy-fi fare that basks in a horror-tinted glow. Having recently crowdfunded the graphic novel edition successfully via Kickstarter, #1 of Transmissions had us hooked with Jed McPherson‘s deft mix of classic spy-fi illustrated in a tense, bloodcurling style via artist Marco Perugini and colourist Shannon Bennion. 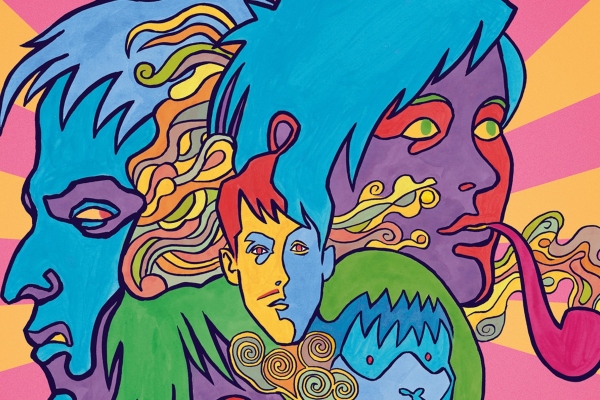 The self-described musical-pop-art-soap-opera is as full of different art styles as it is full of comedy. Dan Cox and John Riordan‘s ongoing celebration of British music culture recently turned to Kickstarter to raise funds for a collected edition, and did so successfully, which they’ll be taking to this year’s Thought Bubble. It’s a challenge to condense Hitsville UK‘s swirling, psychedelic mixture of narrative and visual styles, into one paragraph but suffice to say those with a love of music and a keenness for an experimental execution in their comics will find much to enjoy with Hitsville UK. 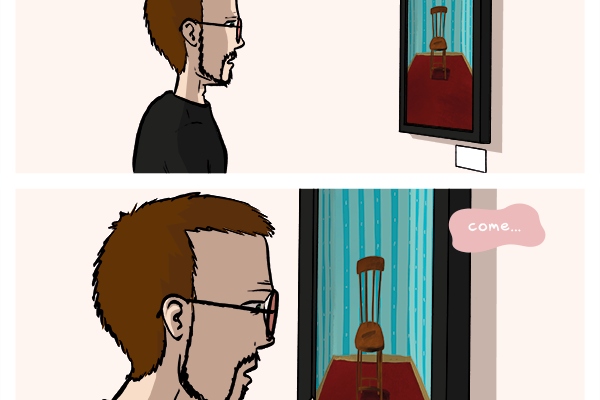 Artist, author and illustrator Steve Ingram will be taking #3 of his ongoing slice-of-life anthology MurMur to this year’s Thought Bubble, published through Blurred Line Comics. An ongoing series of short, standalone comics that shoot for a curiously off-kilter and morose vibe, #3 of MurMur is the latest of his works in a growing comicsography that includes his graphic novel Left, along with The Saddest Whale and Other Stories and Street Circus. 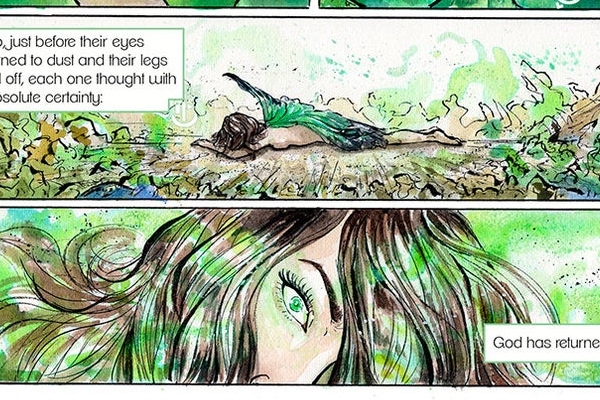 Writer Pedro La Barba and artist/illustrator Jennie Gyllblad will be bringing #2 of their swashbuckling space opera to Thought Bubble, By Man & Angels #2: What the Wind Blew. This fiercely evocative ongoing series tells the story of a missing female God’s return to a world that’s been without her for 15 years. A soaring mixture of fantasy and science fiction, By Man & Angels is sure to be a comic who’s marvellous scope is worth keeping tabs on. 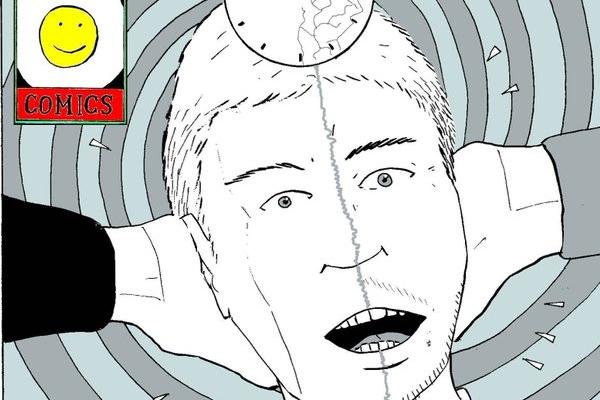 David Robertson produces comics at a slick, speedy rate. Whilst we’re still working our way through reviewing a selection of his past comics (our thoughts on Break the Cake is coming soon!), Robertson’s forged ahead with his latest collection of the intimate and the bizarre; Bell Time. The comic’s front cover declares Bell Time to be “a kind of body swap/time travel tale”. Such a premise mixed in with the stony-faced sense of humour and quirky artwork that ripples throughout Robertson’s output will surely make Bell Time an intriguing entry in his growing depostiory of Fred Egg Comics. 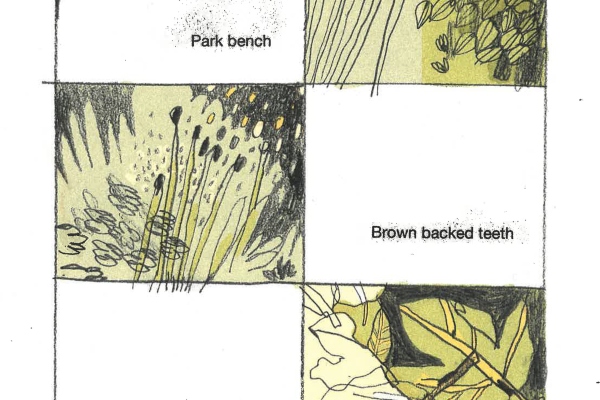 Peony Gent‘s work veers between the experimental and the poetic. Her output mostly consists of zines that eschew traditional narratives in favour of evoking specifics moods and themes through non-traditional artwork. Her latest publication, Park Bench Kensington, takes inspiration, unsurprisingly, from a conversation held on a park bench in Kensington. Gent uses this conversation to discuss such topics as immigration and the connectivity between strangers. 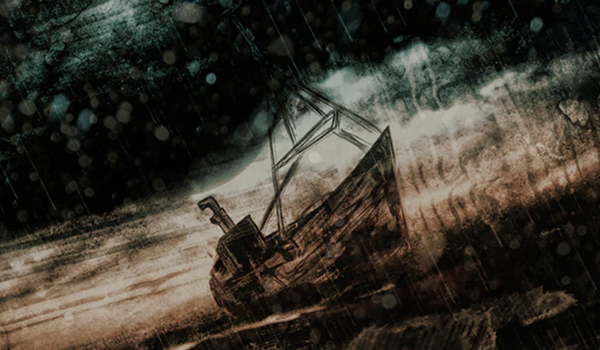 Funded through Kickstarter earlier this year, this ghostly folk horror from Irish group Fracture Press weaves in forms of experimental media into its oppresive story of religion and community superstitions. Roddy McCance‘s story taps into plenty of recognisable elements of rural horror, whilst Donna A. Black injects a riotous mixture of art, photographs, traditional and digital painting, giving The Soul of the Sea‘s debut issue an intoxicatingly gruesome visual edge. 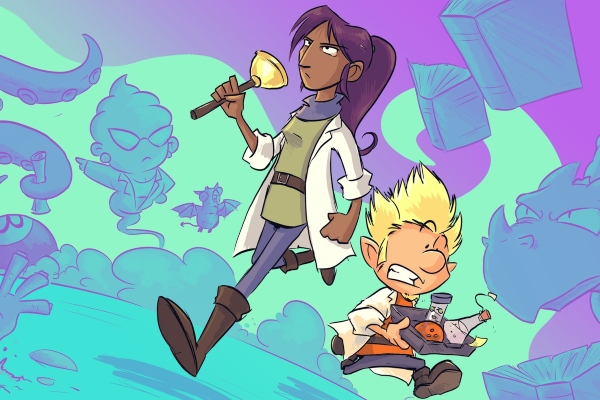 Another comic that recently made the rounds successfuly via Kickstarter, Ben Haith-Bedford‘s inclusive, all-ages comic is a spirited affair detailing the mis-adventures of two technicians working in a fantasy highschool’s magic department. Collecting together three previously self-published stories along with over 20 pages of bonus content, this bright, buoyant comic celebrates the under-appreciated staff of your average educational establishment.

Will you be picking up any of these titles from this year’s Thought Bubble? Let us know in the comments section or send us a Tweet!