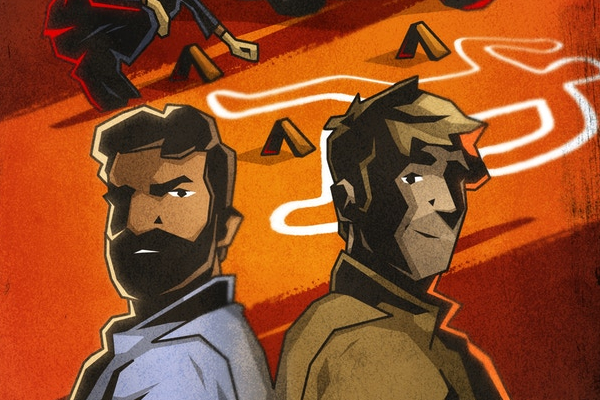 Yavi Mohan is taking his comic writing debut to Kickstarter with Balancing Act #1. The first in a planned four-issue series, Yavi has teamed up with artist Lee Milewski to deliver a comic that welds the comedy of buddy-cop movies and the action-packed scenarios of superheroes. We caught up with Yavi to discover more behind his first ever comic book!

A Place To Hang Your Cape: Balancing Act is aptly named, as it balances all manners of influences. Why did you want to create this comic?

Yavi Mohan: Great interpretation of the title, I hadn’t thought of that! I’ve written some stage comedy and a couple of sitcom pilots over the years, so my favourite kind of writing is definitely comedic dialogue and interaction between two or three characters. And when it comes to comics, although I try to read all genres, I did start off with superheroes and they will always have a special place in my heart. So combining the two was a logical starting point for my first comic project. I’ve seen the action comedy dynamic work really well in other comics like The Fix by Nick Spencer, and I really wanted to give it a try for myself. The basic concept for the plot came out of a brainstorming session I had with Broadcast Comics founder Kieren Stevens a couple of years ago.

When I first started looking to get into comic writing, I was trying to join other people’s projects because I didn’t have the courage to start one from scratch myself. But as a huge Marvel fan, I was quite affected by Stan Lee’s death and basically had a bit of a ‘What Would Stan Do’ moment. So that very day, I decided that I was going to do my own Kickstarter, and properly develop the loose story idea I had for Balancing Act.

AP2HYC: How did you go about maintaining all of the comic’s diverse influences into a cohesive whole?

Mohan: Superhero stories are usually quite action packed, and I think when you combine action thrillers with sitcom-esque banter, the natural result is the buddy comedy. When you pair up Chandler with a Bruce Willis hitman character, you get The Whole Nine Yards. When you take Will Smith out of The Fresh Prince and make him a cop with a highly strung partner, you get Bad Boys. So I think the different elements all flowed together quite naturally!

The key buddy comedy aspects come from the tension between the two main characters, who have some unpleasant history together, and the murder mystery plot that forces them to work together. The superhero elements will be revealed towards the end of this first issue. And the sitcom elements come mainly from the characters having to hide their superpowers from people in their personal lives, and the awkward positions this puts them in. 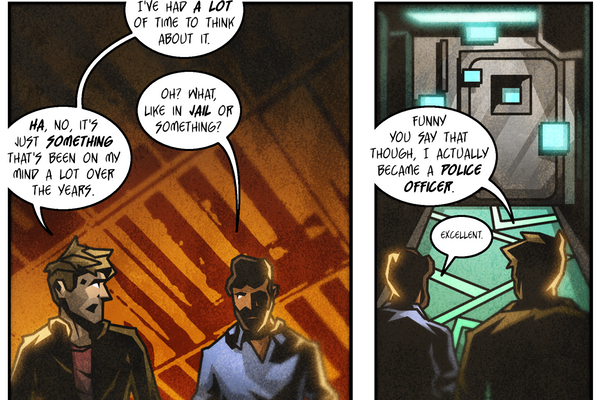 AP2HYC: What can readers expect from Balancing Act #1?

Mohan: You can expect to meet the main characters, and see the dynamic and the banter between them. There’s a bit of a look into their history as well, the issue actually starts off with a flashback to the early 2000s. It doesn’t take very long for the pace to pick up though! Once the main plot is in motion, there’s a lot of action and intrigue. And of course, the comedy side of things is present more or less throughout.

AP2HYC: How might the story develop across these four issues?

Mohan: Well I have it all planned out, but I can’t reveal too much! Since the characters only discover their powers towards the end of issue #1, you can expect to see them using them a lot more over the remaining issues. You’ll also see the tension and mistrust between them come to a head and become something that they’re forced to confront.

As for the mystery element, I’m not going to be coy or ambiguous about things, and I’m not going to leave any unanswered plot questions. There might be a couple of twists and turns but by the end of issue #4, readers will have all the answers they want.

AP2HYC: How did Lee Milewski join the project?

Mohan: I found Lee via a post he’d made on reddit’s ‘ComicBookCollabs’ subreddit, advertising to writers. I found his art really vibrant and unique, so I looked at his Tumblr portfolio and previous Kickstarter projects, and liked what I saw. So I dropped him an email and gave him some more information about Balancing Act. He was excited to work on a comedy-driven comic for the first time, and from our communications I got a feeling that he’d be a great guy to work with – which he has been!

We were both keen to move forward with the project together, so I commissioned some sample pages from him and you can see the amazing results on our Kickstarter page! 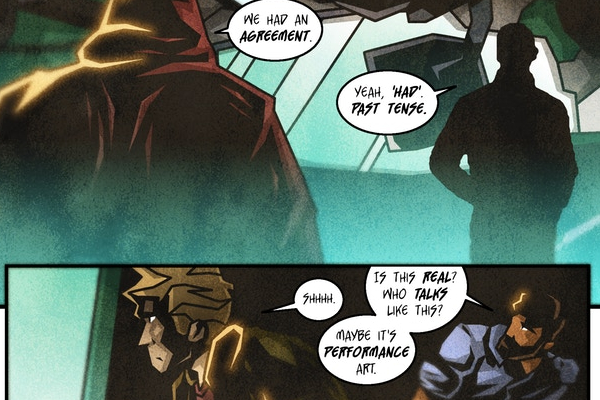 AP2HYC: Why is his art style a match for Balancing Act?

Mohan: Lee is fantastic at depicting mood – both the mood of characters and of the scene as a whole. I think that’s so important in a story that has some serious and dramatic moments amongst a load of comedy. If you’ve seen the first Beverly Hills Cop movie, think about the scenes where Eddie Murphy finds his friend murdered at the start, in contrast with the funnier scenes later on.

Aside from that, his art is just so beautiful and distinctive. I’d be able to pick out a page drawn by him without a moment’s hesitation, and there are only a handful of artists that I could say that about, even including really mainstream ones. He really nailed the character designs too, everyone looks exactly how I’d hoped.

AP2HYC: How does it feel to be bringing your first comic to life?

Mohan: It is a fantastic feeling, I was so excited when I saw Lee’s sample pages. About ten years ago I first experienced seeing people acting out my scripts on stage, and that was also wonderful. But as a lifelong comic book fan, there’s just this special extra factor here. The idea that people want to pay money to read something I wrote is also really surreal and incredibly flattering!

It’s also pretty nerve wracking, of course. I think anyone who’s done a Kickstarter will tell you how scary it is to be putting your work out there and relying on the community to help your project gain enough traction to get funded. Fingers crossed it all goes well and I’ll be chatting with you in a couple of months about issue #2!

Will you be backing Balancing Act #1 on Kickstarter? Let us know in the comments section below or send us a Tweet!