Home » The Batwoman Pilot Is Just the Supergirl Pilot, But Worse 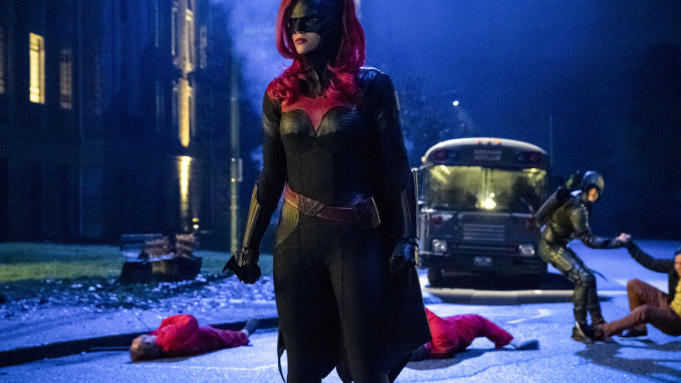 Kate Kane has always existed in this weird part of Batman history. Originally created as a love interest for Bruce Wayne, Kate has since become DC’s most prominent lesbian, as well as Bruce’s younger cousin. This show really wants you to remember the second part.

After both Batman and Bruce Wayne disappeared 3 years ago, Gotham turned to Jacob Kane’s security team Crow Security to protect them. A new baddie, calling herself Alice, wants to sow chaos by kidnapping Jacob’s favorite employee and Kate’s ex Sophie Moore, causing Kate Kane to return from…somewhere… to save her ex and prove that she’s Crow Security material.

Much like the Supergirl pilot, the viewer is being hit over the head with a Harley-sized mallet with the fact that she is some bigger hero’s cousin. That was tolerable the first time. The second time, it’s done to a worse effect. While Kara didn’t get anything from Clark except for her style, Kate gets everything from Bruce. The suit, the gadgets, the cave, the Fox (in this show, it’s Lucius’ son, Luke), even the tragic backstory. The only thing that she didn’t get from Bruce, her fighting ability, she got against her will when her father sent her to military school, then some nondescript cold place to…freeze to death under the ice?

Batwoman feels like a Batman show where they had to replace Batman at the last minute. There’s no reason they had to do either Supergirl or Batwoman in this way, either. This is a new world that the CW was making, a world without Batman or Superman, but both shows felt like they needed to acknowledge them. There have been universes where Kara and Kate were the first of their legacy line, with Clark and Bruce coming later. Bombshells is the big one that comes to mind. Instead, both of these women are defined by men who don’t even appear until later (I assume we’re going to get a Bruce at some point, possibly next season).

Returning to the actual pilot as an episode, it’s rife with the same fake #GirlBoss feminism that made me stopped watching Supergirl. Every woman is a bad bitch who don’t care what any man thinks, which is only what men think feminism is. It was in the trailer, but the worst dialog ever written is

Kate: “It will be…when it fits a woman.”

This dialog is so aggressively cringey that I was shocked to find out this episode was written by a woman.

Ruby Rose does an okay job as Kate (despite the fact that she couldn’t get through a single line without her accent slipping), but there really isn’t much to work with. We really don’t get a sense of who she is, or how she needs to grow. There’s a hint that she’s too reckless, but that isn’t really seen as a character flaw. Every time she does something without thinking, it works in her favor. The only time it blows up in her face is when she’s caught with Sophie because she was kissing her out in the open and is kicked of military school out for being gay (which is a weaker version of her original backstory, which was that she was kicked out of the US Military due to Don’t Ask Don’t Tell).

The side characters are mostly boring. Sophie, Jacob, and Catherine (Kate’s step-mom) all feel genetic and boring, but hopefully they can get more development as the show continues. Jacob especially feels very Arrow season 1 Moira Queen, and she ended up being one of my favorite characters from Arrow. Luke and Mary Hamilton (Kate’s step-sister), are the most interesting characters of the show so far, with both being breaths of fresh air in a show filled with edge lords. The quirky smart characters are always the best written characters on DC CW shows, so it’s not surprising that Luke and Mary are already favorites. Mary especially, is presented as just an airhead, then revealed to be a doctor running an illegal clinic for people who can’t afford it.

At the end of the day, the only way I can see this show getting better is if they stop talking about Bruce constantly and let Kate just be herself without Bruce. It could very easily fall into the trap of just becoming darker Supergirl, and with this foundation, they’re going to have to work hard to rid themselves of this path.