Home » The Fluency of Horror as Language: In Conversation with Natalia Lopes, Editor of Paroxysm 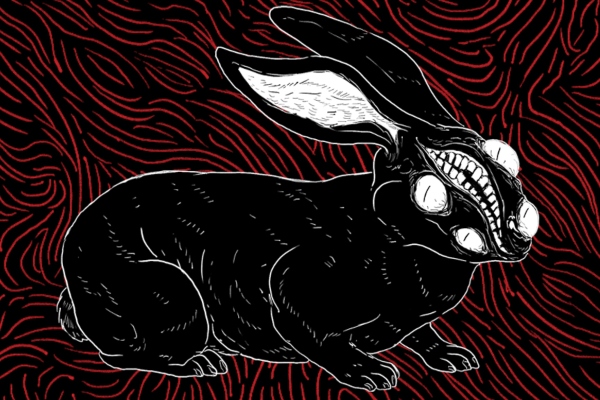 Animator and story/comic artist Natalia Lopes is using Paroxysm to bring together an electic array of story-telling and visual talent to produce an euqally varied response to the idea of horror. Using a mixture of comics, prose, poetry and illustrations from her creators, Lopes has given her team free reign on conjuring up some quite personal and emotionally-driven works of horror.

With the antholgoy currently funding on Kickstarter, we caught up with Lopes to discover more about Paroxysm!

A Place To Hang Your Cape: Why did you want to create an anthology that welded different mediums of art together?

Natalia Lopes: For this anthology I wanted to incorporate as many different forms of creative storytelling as I could. By opening it up to not just visual narrative but to poetry and prose, or even a mix of writing and visuals, it’s given an opportunity for some of my contributors to make something that feels authentic to them. Showcasing stories told in different mediums benefits the anthology by letting contributors tell stories in the language that they’re most fluent.

AP2HYC: What subgenres of horror might be at play here?

Lopes: What’s great about every contributor is that they took horror in a different direction with each work. We’ve got a story about a modern vampire; a piece inspired by a dark tradition taking place around a European holiday; there’s some subtle body horror; some political horror; and a story written in journal form that could almost be adapted into a survival horror video game.

AP2HYC: Comics-wise, what can readers expect from Paroxysm?

Lopes: We have two short comics featured. Ribbon Town is a story based on a Welsh tradition called the Mari Lewd. It takes a more foreboding approach to the visitation of a strange creature in the wintertime. The Black Rabbit is about a police detective’s involvement with a suspect in a series of murders, who slowly reveals that the suspect is not only a young gay man who’s been living on the streets, but perhaps also a vampire. It evokes themes of power dynamics, addiction and unresolved trauma. 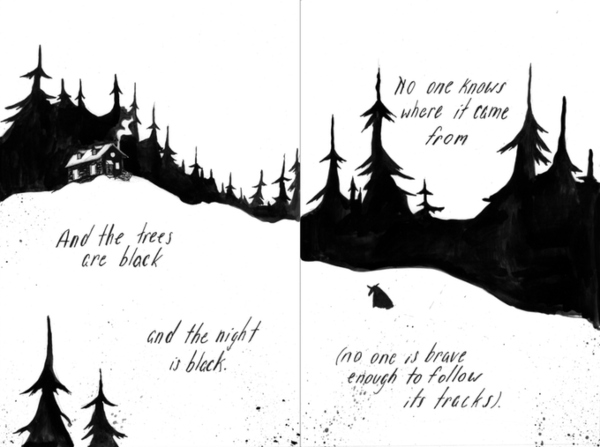 AP2HYC: You’ve given your creators free creative reign in their contributions to Paroxysm, why might that be?

Lopes: For this inaugural issue, I didn’t want to focus on any one theme right away. I know a lot of anthologies tend to be thematic in nature, but I wanted to welcome any take on horror that might be outside of the box. I’ve been surprised at how each person has taken their piece in a unique direction, and that may not have been as organic if I decided on a theme beforehand. I would welcome giving contributors a theme for them to play around with in future issues of Paroxysm.

AP2HYC: Does that place additional pressure on you as the editor to make sure Paroxysm stands as a cohesive read?

Lopes: In a way, it does. It’s a challenge to figure out how I would like readers to experience each piece by giving them the proper place in the book to shine. It’s easy for someone’s work to get lost in the shuffle, especially if an anthology has dozens of contributors! For Paroxysm I started out with just a handful of people, so as the editor that has made it a little easier to piece the book together.

AP2HYC: What was the process like in bringing creators on board? Did you reach out to individual creators or did they come to you?

Lopes: I first pitched the idea around to my creative friends. From there, some of them recommended I reach out to their friends that were fans of horror and would be interested in contributing to a horror-themed project. It broadened my circle to be introduced to other creators and their amazing work, and it gave way to more exciting prospects for the anthology. In the future I think it would be a great idea to do open submissions, to find new artists and writers and expand our creative network even more. 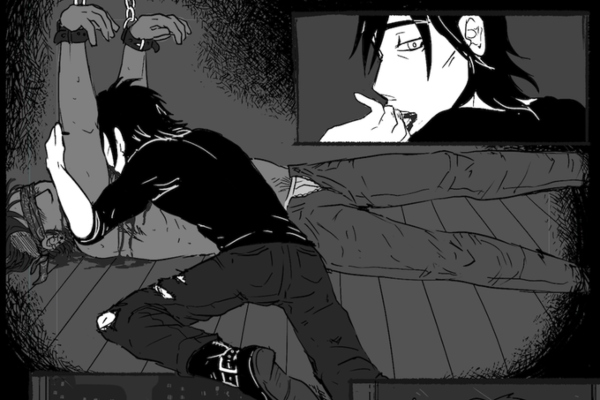 AP2HYC: Would you agree or disagree that multimedia anthologies, such as Paroxysm, command the reader’s attention more than a traditional anthology, due to their mixture of mediums?

Lopes: I think that a multimedia anthology can certainly open itself up to a different audience than a traditional anthology. For example, someone interested in comics can be introduced to creative ways of showcasing a written story, and vice versa. Dark Halls was originally typed out in manuscript form, but due to the nature of its format and the personality of the protagonist chronicling the story, I suggested the author handwrite it as if it were a real tangible journal. The way the writing becomes more uneven and frantic as the story progresses is more engaging for the reader. Untitled is our one poem in the anthology, and it not only stands out as a poem, but in the way it’s presented visually. The border illustrations and imagery connects with the themes of the poem and elevates how you experience the written words.

AP2HYC: Has it been a rewarding experience bringing this anthology to life?

Lopes: Absolutely! It’s my first project where I’ve had creative input from other artists and writers. Being responsible for editing and producing the book has given a feeling of legitimacy to the project as its creator. Curating their work to create a smooth reading experience has also been a lot of fun. I am really happy with how it’s all come together, and I’m excited to share this project with horror and comics fans.

Will you be backing Paroxysm? Let us know in the comments section below or send us a Tweet!