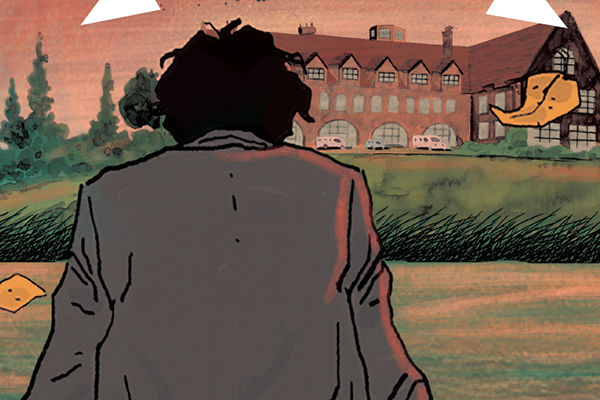 x, y, z is an emotionally charging psychological thriller that will leave its readers guessing until the very end. Thrown into the mix is the battle against systemic racism. Abn is a socially awkward Asian teenager who is a student in an all-white school. Having to struggle with the racism surrounding him, he seeks to find a way to disappear completely. However, his wish might be closer to reality than he thinks as he is forced to combat his inner demons and control his otherworldly abilities.

This comic is perfect for teenagers who suffer from bullying. Whether its due to race, gender, or personality, this story will reach out to those who have recently been forced to endure such behavior or those who are going through it now. There is a sense of hopelessness as everyone seems to be completely against Abn for very little reason other than the colour of his skin. It’s heartbreaking but always manages to leave a ray of hope as the story progresses. The story gets quite dark but it makes the ray of hope all the more rewarding. 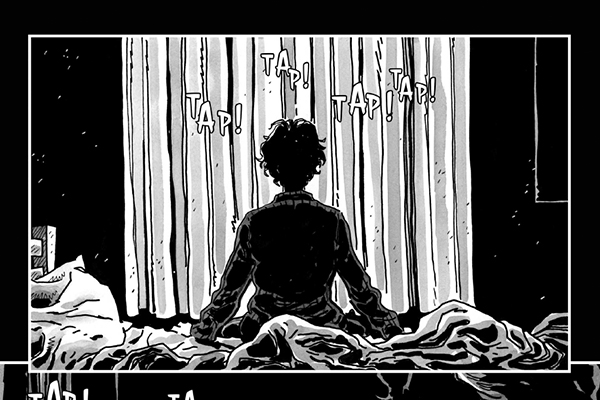 While the comic has psychological thriller elements, the supernatural elements tend to get in the way of the chilling moments. These moments are still powerful but tend to fall from the limelight rather quickly. What truly makes this comic is the drama and Abn’s struggle.

The artwork reflects the inner turmoil of Abn, his wish to disappear. The use of watercolour gives the impression at times that these characters and setting could fade at any given moment. The use of shadows gives a ragged appearance. You can feel the torture Abn puts himself through with every panel and can’t help but to want him to succeed. The imagery is what truly brings the psychological moments to the forefront, with its chilling imagery. Even the shapes, dark, ominous and undefined, that are used leave an unsettling feeling with the reader.

Despite its flaws, this comic contains powerful moments that speak out against what many teenagers are forced to go through every year. It offers comfort and solace to them with the hope that it will get better in the end. This is the perfect story for young adults and one that will speak to them on a deeply emotional level.

You can purchase your copy of x, y, z here! If you liked what you read, be sure to leave us a comment below or send us your thoughts on Twitter!