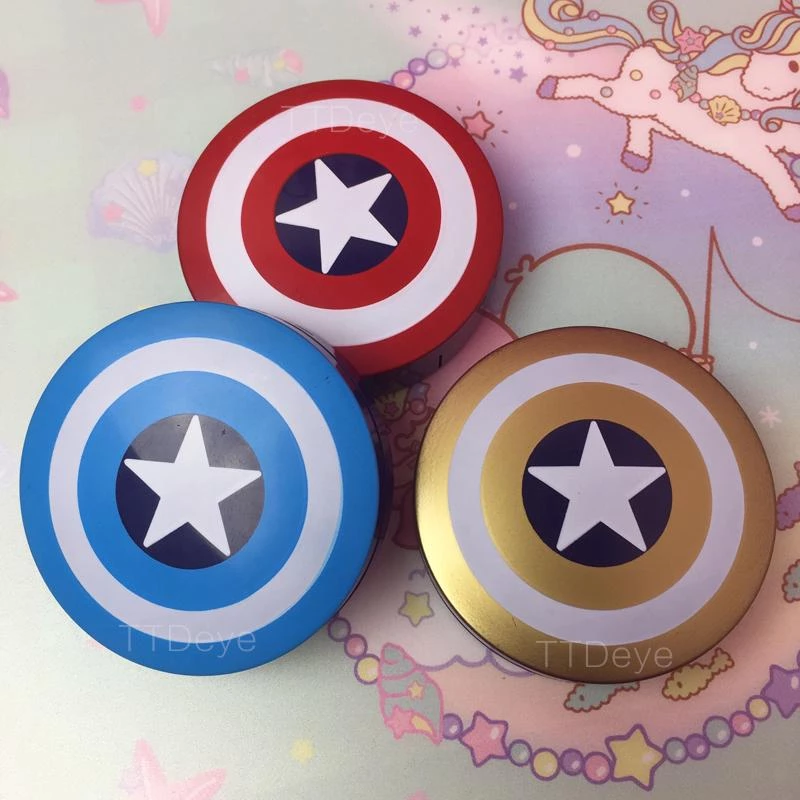 Ever since the first Avengers movie, fans all over the world have made it a point to religiously follow the storyline, as well as the stars who portray everyone’s beloved Marvel heroes. From the costumes down to the smallest details, its best to choose the right colors and appearances that go well with your preferred Marvel character. Here are a variety of contact lenses that can help finish off your Marvel look.

The famous Avenger is the wealthiest member of the Marvel franchise. His ability to fight off enemies come from the suit he built. Almost all Marvel fans agree that Robert Downey Jr. gave justice to his role as Tony Stark by perfectly nailing the persona from the comics. Ever since the first Iron Man movie came out in 2012, the color scheme remained the same until the last Avengers movie.

How To Recreate Iron Man’s Costume: If you want to wow your audience, you can buy a replica of the costume from armor manufacturers. On the other hand, you can also do a DIY version. Make sure you still have that wow factor once you remove the headpiece by finding contact lenses that match the colors of your suit.

Over the years, Captain America has had different costumes and appearances. Each movie franchise depicts a modified version of the hero’s costume. When reporters asked Chris Evans which suit he liked the most, he mentioned the one he wore in Captain America: The Winter Soldier because of the comfort and durability. But ultimately, people remember the suit in which he first started: the red, blue, and white ensemble.

How To Recreate Captain America’s Costume: To have the same stealth suit as Captain America in the Winter Soldier franchise, you can easily make your costume. Also, choose contact lenses that either match the outfit itself, or you could imitate Chris Evans’ eye color.

From trying to get out of Gamora’s shadow to be a Marvel hero herself, Nebula has captured the hearts of fans worldwide. The interesting turn of events changed how Nebula’s character developed throughout the entire Avengers franchise. An interesting fact about Karen Gillan is that she shaved her head to be able to bag the role.

How To Recreate Nebula’s Costume: you don’t have to shave your head just like Karen, but you will need different materials to copy Nebula’s bald head. Don’t forget to buy contact lenses that cover the sclera of the eye or one that’s galaxy-themed to complete the look.

Of all the Avengers, Spider-Man is the youngest, making him a relatable character for most teenage fans. Tom Holland became the perfect candidate to play the role because of his persona. Luckily, the colors remained the same for his costumes despite having a series of changes throughout his progression through the Marvel universe. It is only in the last Avengers movie that a new color comprised the whole costume: navy blue.

How To Recreate Spider-Man’s Costume: many shops online offer replicas of the Spider-Man suits in the different franchises at a reasonable price. A DIY version may not be as good as the store-bought costumes. Add a dramatic look to your eyes by wearing contacts.

Everyone’s favorite green guy helped fans see a softer side, especially when confronted with a girl he loves. Mark Ruffalo recently took over the role of the Hulk when Marvel started filming, and the rest is history. One thing’s for sure: Bruce Banner always brings both action and comedy to the screen, which is why it’s no surprise that viewers love everything about him.

How To Recreate The Hulk’s Costume: doing a DIY Hulk costume is the best bet for the simple ensemble this character has. Scare people away by completing the look with fantastic contact lenses of your choice.

In the movie Avengers: Age of Ultron, fans got to see the debut of one of Marvel’s strongest heroes, Scarlet Witch. Elizabeth Olsen recently admitted that she’s thankful that her costume on screen isn’t anything like in the comics because it would have been uncomfortable for her. Scarlet possesses powers not even Thanos can bear, as well as smarts that can quickly get her through any problem she faces. Females instantly fell in love with how resilient, and robust Scarlet’s character is on the screen.

How To Recreate Scarlet Witch’s Costume: Imitating Scarlet Witch may be the easiest because you can easily find her battle clothes in stores and malls. Make sure you also recreate her famous look when she attacks Thanos. Purchase contact lenses that have a similar eye color to the character.

Quicksilver is never without his twin, Scarlet Witch. Although born at the same time, Quicksilver is very different from Scarlet in terms of appearance, powers, and of course, color schemes. The character has his own identity and set of fans thanks to Aaron Taylor-Johnson’s handsome looks despite having a short time on screen.

How To Recreate Quicksilver’s Costume: Quicksilver’s look in the Avengers franchise is also easy to follow, just like his twin’s ensemble. You can also get creative with this look by getting silver or white contact lenses.

Being the only woman in the original Avengers franchise, Black Widow showed everyone that a woman could do everything a man can. Fans love how feisty and confident Scarlett Johansson is on screen. Black Widow’s impressive character improvement is why a solo movie is about to happen in the future.

How To Recreate The Black Widow’s Costume: You can easily buy a black suit online and customize it to your liking. You also have the choice of wearing contact lenses that match the black ensemble, or you can choose a complementary shade.

A recent addition to the Avengers franchise, Captain Marvel is very much like Black Widow when it comes to representing women. Brie Larson takes her role seriously and doesn’t allow men to take over completely. Carol Danvers’ powers instantly gave her a superhero status not only for the Earth but also for other dimensions in the universe.

How To Recreate Captain Marvel’s Costume: Whether you want to make your suit or purchase online, make sure you recreate the scene where she got full control of her powers. Getting the perfect set of contacts is essential to perfect the look.

The god of thunder made sure he didn’t miss out on all the action because aside from having the powers needed to defeat Thanos, his brother (Loki) kept involving himself in Earthly mishaps. Even if Thor’s character recently showed outstanding character development, it’s no doubt that he is a fan favorite because of Chris Hemsworth’s good looks and acting.

How To Recreate Thor’s Costume: Although many sell a pre-made god of thunder suit online, the better choice is to DIY it so that you achieve the exact look you want. Don’t forget to purchase contacts that cover the sclera (like Nebula’s!) to recreate multiple scenes wherein the god of thunder showed everyone why he is worthy.

Remember, proper care of contact lenses are also important. Make sure you do the following to maintain and disinfect the lenses:

● Before handling, always wash your hands.
● When drying your hands, use a lint-free towel.
● Only use your fingertips when applying contact lenses.
● Always moisten the lenses inside the case by frequent replenishment of the solution.
● Apply the lenses first, then makeup after.
● Make sure the lenses don’t come in contact with perfumes, oils, and lotions.

Disclaimer: all sources of the contact lenses and costumes mentioned above are not in any way related to, or manufactured by the official Marvel Franchise. Marvel Studios do not officially distribute products mentioned in this article.