Home » How Casinos Cashed in on the Superhero Explosion 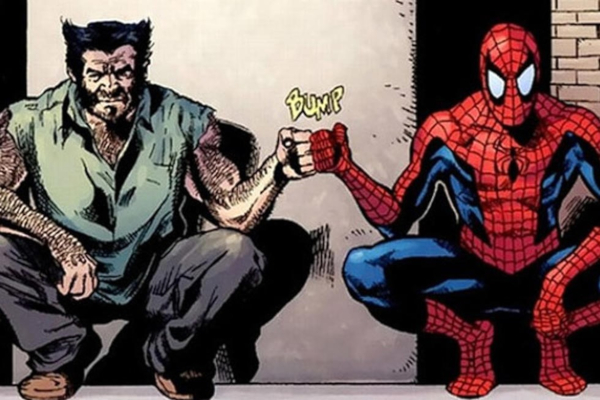 Though they come in many shapes and forms, strong men and women in capes are what we first imagine when we think of superheroes. Comic renditions of these famous superheroes by Marvel and DC are household names in almost every country in the world.

Online casino game developers, who create slot games for every theme, obviously copped onto this trend and there are dozens of superhero-themed slot games to be found.

Why Superheroes Are Suited For Branded Slots

• The powerful characters in outrageous costumes with iconic accessories were ideally suited as symbols on the reels. They would not be mere images but slots players that were superhero fans would identify with the deeper relevance as well.
• The fast paced action of the superhero movies could be transformed into audio visual special effects on the reels such as win animations.
• The superhero missions in the plots of the movies could be intertwined in the features of the slot machines, particularly the bonus games on the second screen.

We shall see how some of the best superhero slots exploited these features later. Before that we take a brief look into the history of the branded superhero slots, which in itself is an engrossing tale.

• The first branded slot was Tomb Raider released by Microgaming in 2004. Lara Croft was not a superhero in the traditional sense. Though she did not have super powers, she was an extraordinary woman. Microgaming immediately thereafter did not develop branded slots in a big way.
• Cryptologic was the first software provider to cash in on the popularity of Marvel superheroes. Its slot games were based on Marvel Comics. From 2007 Cryptologic released more than fifteen branded slot games based on the different Marvel Comics superheroes starting with Spider Man. Others in the series included Blade, Captain America, Elektra, Fantastic Four, Iron Man and The Hulk.
• Then differences arose between Cryptologic and Marvel and the development of further Marvel slots was discontinued. Cryptologic did produce a few branded slots with DC superheroes, but soon thereafter had to shut operations.
• Playtech tied up with Marvel Movies in 2009 and they had the longest run of superhero slots. Playtech brought these superheroes to scratch cards and roulette as well. During this period Disney bought Marvel’s holding company. It viewed the superheroes as a children’s brand and did not want the association with casinos. In 2017 the agreement ended.
• Playtech followed the Cryptologic path. It has tied up with DC and is developing superhero slots based on DC television serials and movies. Many of the Playtech slots have been timed with the release of new movies so as to cash in on the fervour.

The following two slots briefly elucidate how slot games exploit the superhero theme. Both are from Playtech. The first one is a Marvel product, which is unfortunately no longer available at casinos. The second slot has been licensed by DC.

The symbols on the reels have been taken from the film, which was itself a super hit. They include the different armoured suits like Mark 42, War Machine and Iron Patriot that Tony Stark wears in the movie and the villains Mandarin and Aldrich Killian as well. In the All Systems Go Re-Spin feature the armour symbols are locked in their positions and offer enhanced payouts. Each armoured suit offers its own set of free spins. The Mark 42 mode awards 10 free spins with freezing wilds. The War Machine mode awards 8 free spins with random wilds. The Iron Patriot mode awards 15 free spins with dynamic multiplier. Iron Man 3 is a high variance online slot suited for the players willing to take risks for big returns, much like Iron Man himself.

To honour the memory of Superman, five DC superheroes form the Justice League to take on the villainous Steppenwolf. Batman, Wonder Woman, Aquaman, Cyborg, The Flash and Superman are the high paying symbols that can appear expanded over two rows. The Justice League logo is the wild symbol. The low paying symbols are the logos of some of the superheroes. The randomly triggered Superhero Respin feature has superhero symbols turning into wilds. Each superhero awards their own set of free spins in which super powers are used to create an advantage for the player. For example, The Flash awards 15 free spins in which one superhero becomes a wild symbol. Batman awards only 2 free spins but all superheroes become wild symbols.

The superhero slots can be played at popular online slot casino websites.

Online casino also host superhero themed promotions. This is another way of cashing in on the popularity of the caped crusaders. These are usually announced when new superhero movies or slot games are released so as to extract maximum leverage. The simplest of these offer bonuses for wagering on superhero slots.

Most exciting are the mega tournaments that run over a few weeks. Players are ranked on a leader board based on their wagering usually on superhero slots, old and new. The top players on the leader board win prizes, which range from luxury goods to free cash to bonues.