Home » Love in the Post-Apocalpyse: In Conversation with Tom Woodman, Writer of Future 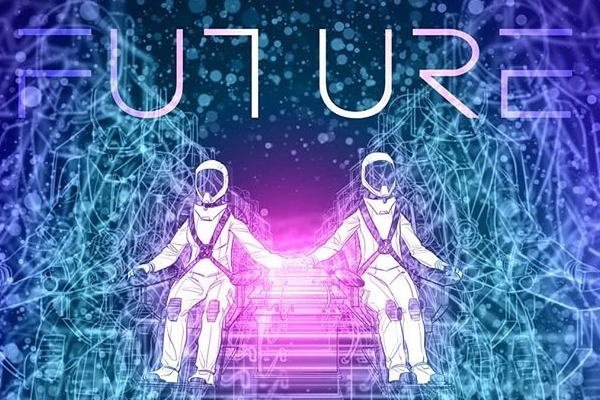 Creator/writer Tom Woodman‘s premise for Future isn’t exactly upbeat. Astronaut Murray Mielniczuk and her wife Kay are flung forward in time in an attempt to discover a cure to rehabilitate a dying Earth. Their unexpected landing in a wasteland of a future leaves them adrift, only with each other. Along with financial assistance from Arts Council England, Woodman is crowdfunding Future via Unbound. We caught up with him to discover more about Future.

A Place To Hang Your Cape: Where did the inspiration come from to compose a post-apocalyptic, time-travelling lesbian love story?

Tom Woodman: Lot to unpack there.

Overall? A friend of mine passed away. And while the future is always discussed in too-big-to-grasp terms of ecosystems and sea levels and whatnot, when you lose something supposedly small you realise all there still is to hold on to. That warning is the best reason to visit the post-apocalypse, I think.

As for it being a ‘lesbian love story’, without trying to be corny, I just considered it a love story. If it was about the experience of being gay/bi I wouldn’t be the guy to write it, but it’s about two astronauts, who are married, who are both women – this story isn’t about their sexuality, it’s just a fact of who they are. 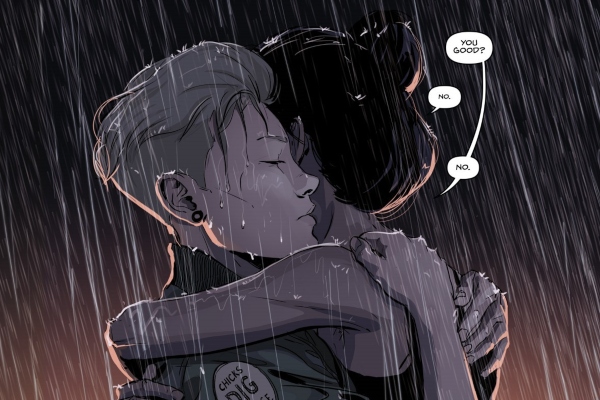 AP2HYC: Right from the off, Future feels densely packed with its themes. Are there any other themes/ideas flowing throughout the comic?

Woodman: There’s this contrast of Murray’s all-encompassing pessimism and Kay’s tiny but powerful optimism – and it’s not as simple as ‘one is good, one is bad’. I think that’s honestly the main one – everything else swirls around that, and I can’t say much without giving big ol’ spoilers, so I’ll leave it there.

AP2HYC: How did artist Rupert Smissen and letterer Aditya Bidikar join the project?

Woodman: Rupert and I were joint best men at a friend’s wedding, and I had a naked picture of the groom wielding a gladius. Obviously, we couldn’t show that to all the guests, so instead I got Rupert to draw an amped-up, heavily muscled version of the groom with the gladius more strategically placed. So then we had to develop our professional relationship by making a comic.

Aditya came aboard because we were lucky enough to get an Arts Council grant and so could afford to get a pro letterer – in which case, why not get the best?

AP2HYC: Smissen’s art style feels melancholic yet direct. How does his visual prowess match your story?

Woodman: As he was aboard from the start mostly I tried to take the opposite approach, thinking about what he’d knock out of the park and angling to match it. I think his love for his art is one of the comics’ biggest strengths; his care and dedication mean that he doesn’t stop until he hits exceptional. Well, hopefully – he’s still got one more chapter to draw and he’s just had his first baby, so it might all be stick figures from here on. 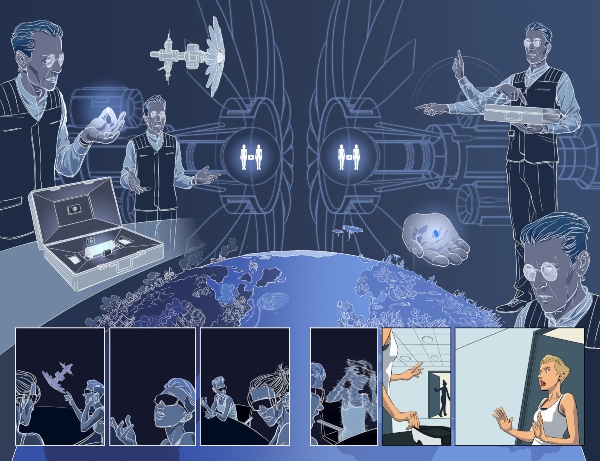 AP2HYC: There’s a very ‘hopeful’ vibe running through these apocalyptic pages. How do you, Rupert and Aditya go about balancing Future’s varying concepts whilst tying them together into a cohesive whole?

Woodman: I see the reverse; there was one very specific journey to be told here, which I then reverse-engineered into whatever concepts made it work (in this case a variety of sci-fi strangeness).

And tonally, my background’s comedy, so the misery’s laced with humour and the happiness is tinged with melancholy and it all makes the whole more dynamic. And the thing is, there’s no point in all this apocalyptic fiction if we’re not hoping for better, so the darker the story the more it’s calling for light. That sounded like a country song – can I start this answer over?

AP2HYC: How might you want readers to react to Future?

I’m happy to have flaws pointed out and mistakes to learn from, but I’m not interested in technically perfect works that never make you feel. At least one tear and one smile per reader, or I quit.

You can discover more about Future from Unbound. Have you already backed the comic? Let us know in the comments section below or send us a Tweet!