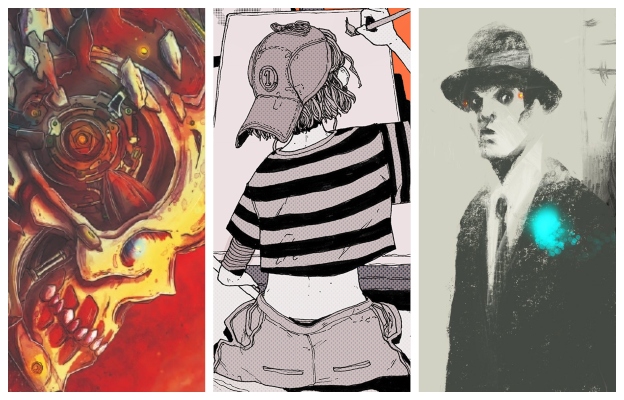 The indie comic scene is permenantly awash with talented creators treating their quality comics to us. 2019 has proven to be yet another supremely good year for indie comics (you can check out our team-up with Pipedream Comics in counting down the top 50 indie comics of this year), and 2020 is already promising some further wondrous looking and sounding comics.

From established UK and USA publishers including Avery Hill, Soaring Penguin Press and Action Lab to well-known indie creators Fraser Campbell, Lyndon White, Dave Cook and more, the brakes aren’t being applied anytime soon to another barrage of indie comic goodness. Here’s our rundown then of independent and small press comics being published next year that you’d be a damn fool to miss! 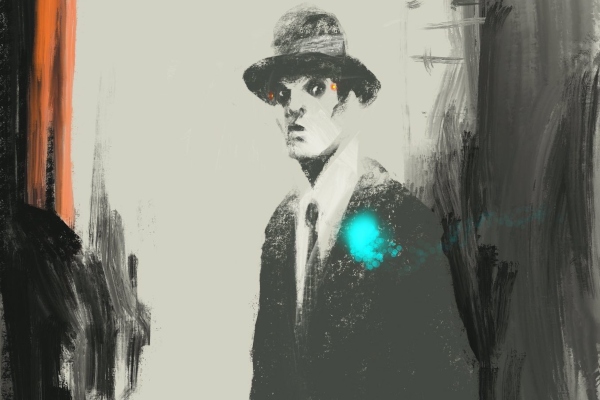 A comic that already has readers on edge with its powerhouse duo of talent, Alex Automatic, Heart of Steal and House of Sweets writer Fraser Campbell and Barking writer/artist Lucy Sullivan will be delivering a slice of muted, murky science fiction that’s already provoking hot murmurs of 2020’s best indie title. Details of Indexed‘s premise remain sketchy, though Campbell teases a story of identity and memory in a digital age. Sullvian’s warped, ghostly art can’t help but make one excited to see what Indexed will be all about.

A Study in Scarlet 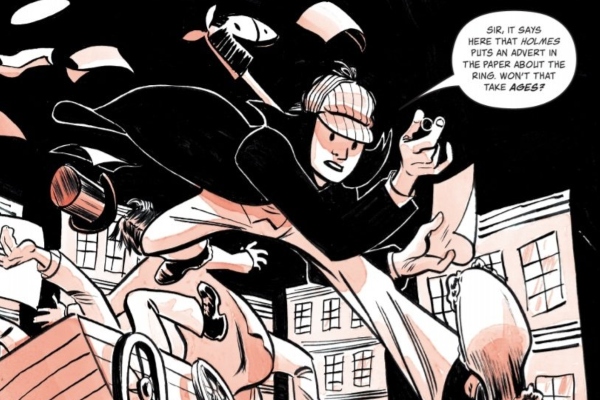 Another comic produced by a suitable dynamic duo comes in the form of Matt Hardy and Russell Mark Olson‘s forthcoming adaptation of the classic Sherlock Holmes novel A Study in Scarlet. Comissioned by the Arthur Conan Doyle Foundation and funded through Arts Council England and arriving in January 2020, it boasts a mission of getting kids into reading comics and Sherlock Holmes in one fell swoop via Matt’s trademark witty storytelling and Russell’s vibrant, expressive art. 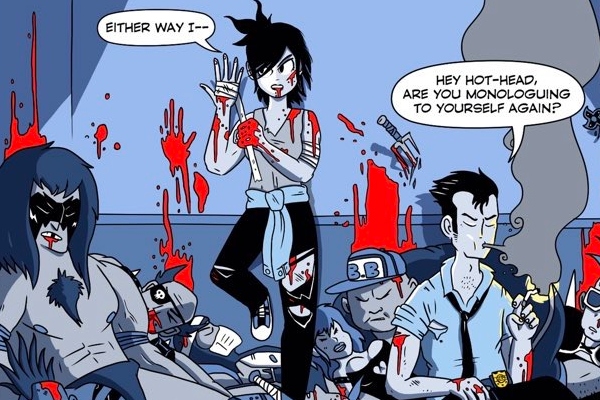 Killtopia writer Dave Cook will be using 2020 to exploit is love of classic video games with BMP: Beatdowns Per Minute. Illustrated by Steve Gregson and envisioned as a tribute to scrolling, beat-em-up games in the vein of Streets of Rage, Final Fight and Golden Axe, this explosive, dark comedy sees a duo of supercops forced to take on an entire city when its water supply is contaminated by a new drug, the titular BMP. A surefire riot of a read is promised from a creator with a track record of delivering quality, action-driven comics. 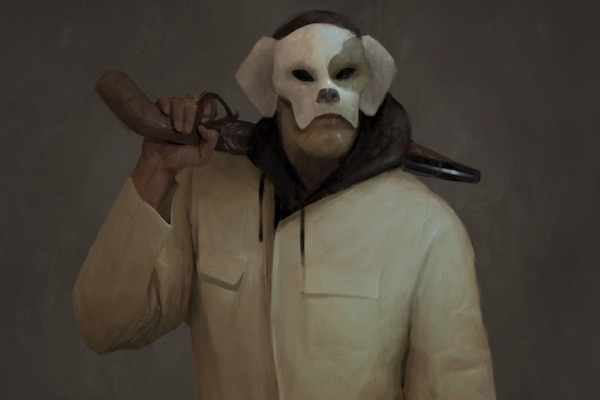 As well as concluding his 4-part rural horror series Frank At Home On The Farm, Jordan Thomas will be starting a new crime anthology in the new year. Teaming up with artist Chris Matthews, Mug Shots is steeped in classic crime lore, with gambling, loss of loved ones and forced choices colliding together in grim fashion. Genre-wise, it’s a step in a new direction for Thomas, though Frank At Home On The Farm has so far proven his skills for writing an unnerving narrative. 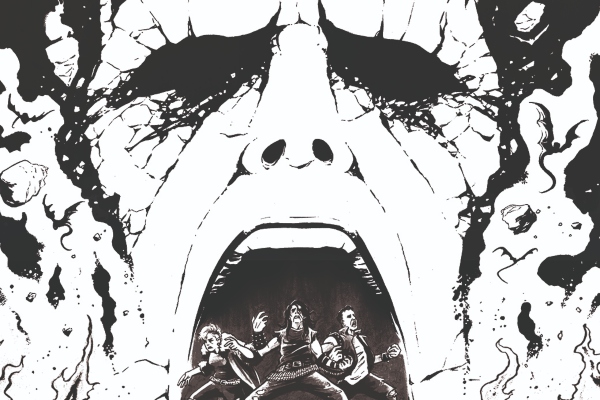 A humourous look at the everyday life of a black metal band? It’s an odd choice on paper, but one that Chris Mole seems well-suited to write. A comics creator with 10 years’ experience of playing in black metal bands, The Black Rubric takes a light-hearted lens to a purposfully over-the-top genre of music. A perfect choice of illustrator comes in Katie Fleming, who provides an effortlessly caricatured look for the comic. 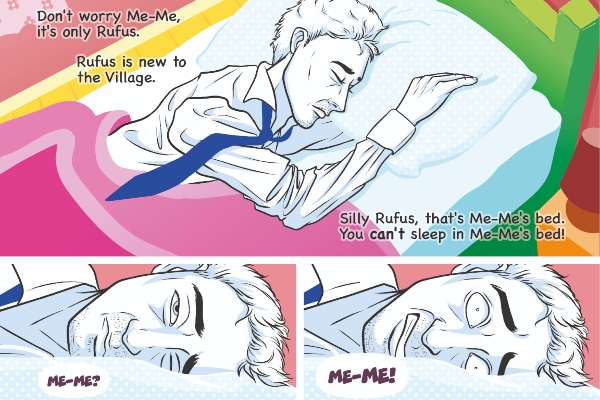 “What if Life On Mars but instead of the 70s he woke up In The Night Garden?” That’s how lizard man Steve Horray pitched Sleepytime Village to me, a comic that promises to pack in a great deal of subversive twisting and turning. With artist Yulia Lapko, Comichaus cohort Ken Reynolds on lettering duties and character designs by Marnie Horry (aged 5), Sleepytime Village wrangles story book and comic book styles together into a delightfully weird whole.

The Impending Blindness of Billie Scott 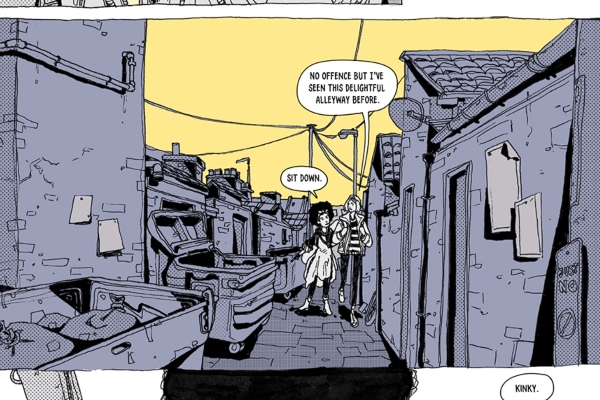 One of the most deserving of talent being snapped up this year has been Avery Hill picking up up-and-coming creator Zoe Thorogood‘s debut graphic novel The Impending Blindness of Billie Scott, to be released in August. The Impending Blindness of Billie Scott tells the emotionally-wragged story of the titular Billie, an artist gearing up for her debut exhibition, but after which she’ll be become completely blind. Given the dexterous story-telling and the heart-stopping, melancholic art found in Angel (her short auto-bio comic released earlier in 2019), Zoe’s debut graphic novel is one that looks set to break your soul, in all the best ways. 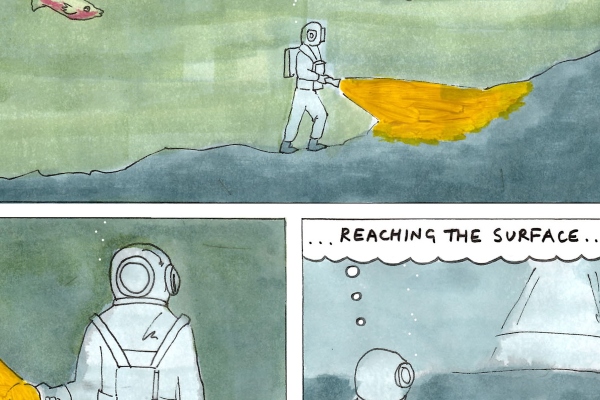 David Robertson‘s forthcoming Mount a Rescue promises to be another robustly eclectic anthology of slice-of-life oddness. Mount a Rescue features a Blade Runner tribute strip, penguins, training days, teabags, posties and a seabed exploration, as well as comics cherry-picked from Inktober and Hourly Comics Day events. Break the Cake and But a Dream! have made us firm admirers of Robertson’s quirky brand of comics, which Mount a Rescue looks set to continue. 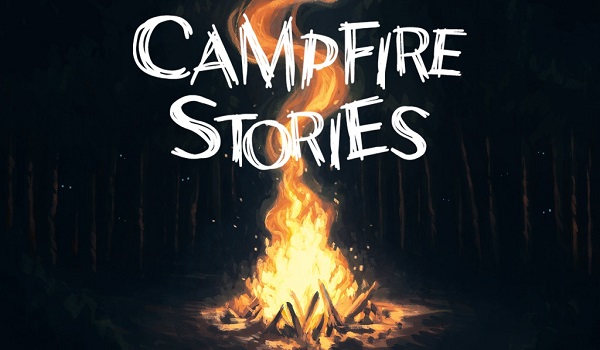 Having successfully funded the comic through Kickstarter earlier this year, Asa Wheatley will be publishing his varied horror-themed anthology Campfire Stories in the new year. In the space of just 24 pages, Wheatley packs in 60 years’ worth of horror styles as five camp counselors entertain each other with stories of monsters, witches and haunted forests. The anthology’s four stories boast a variety of artistic talent, including Kevin Keane, Raquel Kusiak, Garry Mac and Sammy Ward, and all lettered by Zakk Samm. 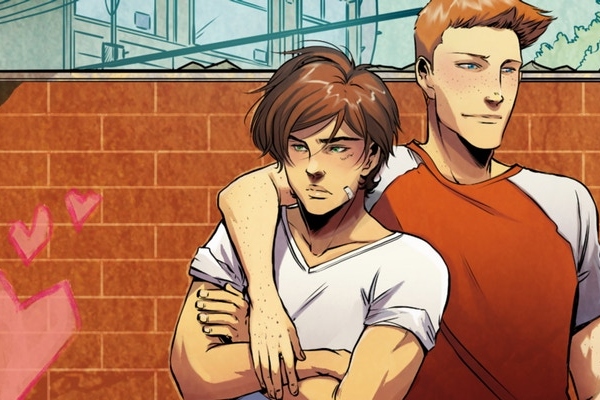 Emma Vieceli and Malin Ryden will be releasing a second volume of their LGBTQ+ friendly BREAKS thanks to a successful Kickstarter campaign held earlier this year, and released via Soaring Penguin Press. BREAKS tells the evolving relationship between highschoolers Cortland and Ian, who slowly come to terms with their feelings for each other. Pitched as “a love story… but a bit broken”, BREAKS has found a receptive audience through its comical yet brutal story-telling and handsome art. The comic can also currently be enjoyed online via Tapas. 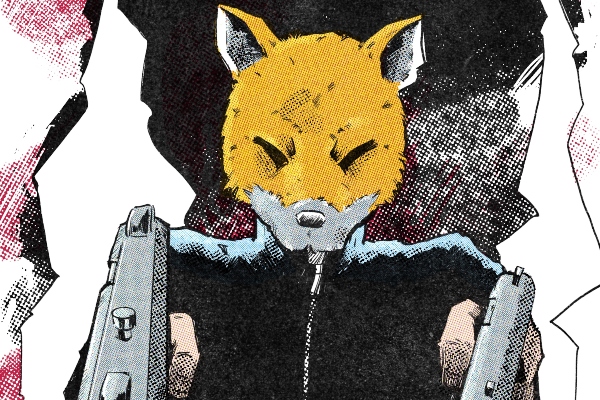 A fantastic talent we discovered this year was creator David Taylor, who’s mobster graphic novel The Grave won us over with its stark art and progressive themes. 2020 will see Taylor bring a new tale of violent, noir-crime with Wild Nature. A comic that brings back more of the dramatic, character-driven dynamics of The Grave, Wild Nature pits weary assassin Swan against his fellow killers, and is forced to uncover a deadly truth. More of Taylor’s distinctive flavour of crime comics, which pays heavy tributes to his influences whilst standing on their own merits, is an absolute win for all concerened. 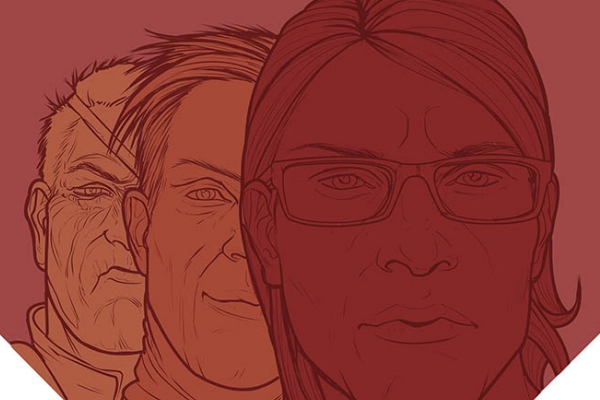 2020 will see writer Mark Bertolini and artist Darryl Knickerhm bring their slick, grim-faced time-travelling comic The Argus to Action Lab’s Danger Zone imprint. The Argus weaves in plenty of enjoyably familiar time-travel aspects with clean, invigorating artwork. #1 of The Argus will be made avaliable from Action Lab around February time, and looks to be just the ticket for those after some blood-thirsty sci-fi with an intriguing story attached to it. 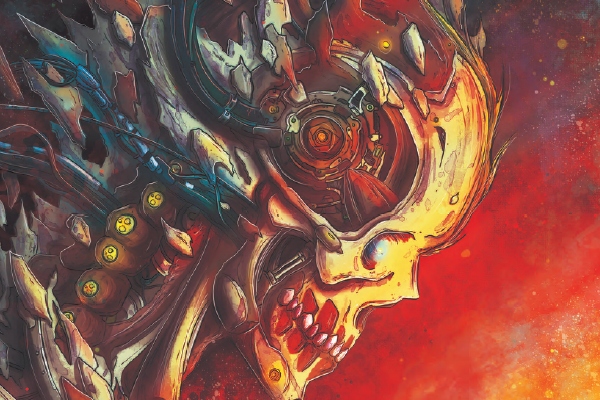 Re-Animator Incorporated marries Lyndon White‘s visual prowess for fantasy-tinged adventure with Andy Perry‘s cerebral, thought-provoking story-telling. This latest comic from the pair blends religious superstition with body-horror sci-fi. Imagine H. P. Lovecraft by way of H. G. Wells. Re-Animator Incorporated feels like a natural combination of both of these creator’s respective talents, but it’s also hugely welcoming to see Lyndon turn his talents from his trademark fantasy to tech-heavy science fiction. Re-Animator Incorporated is currently aiming for a crowdfunding campaign during the first half of 2020. 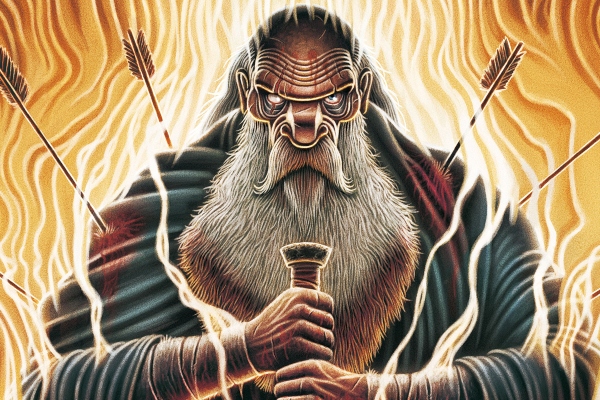 Martin Simpson lit up the indie scene in 2018 with his stately tale of fascist espionage in the form of The Needleman. Part story/picture book and part graphic novel, NORD takes Simpson’s robust yet ornate art style into the primal territory it feels suited to. NORD pits the mysterious journey of a old slain Nordic warrior who finds himself wandering through the hinterlands of a perplexing afterlife. A comic that’s bound to be a feast for the eyes!

Will you be checking out any of these comics in the new year? Let us know in the comments section below or send us a Tweet!