Home » Nicnevin and the Bloody Queen is Wicked, Tense and Timely 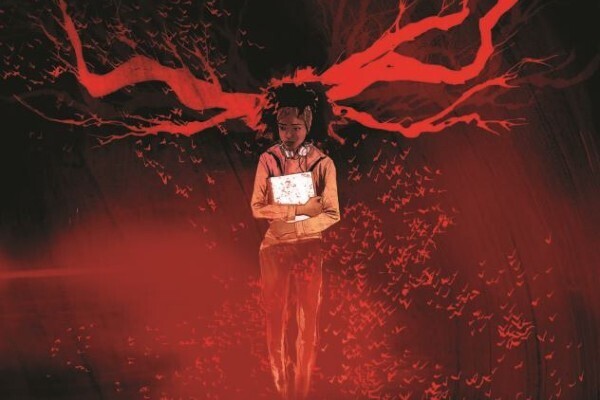 A comic about black magic in Northumberland does not scream “timely”. Nevertheless, Helen Mullan, writing her debut graphic novel Nicnevin and the Bloody Queen for Humanoids Comics, uses this genre’s horror to etch a through-line to clear and present threats and fears. Specifically, the story sees a 15-year-old girl, the titular Nicnevin, caught in the sway of a seductive older man. As she works up the courage and pursues the man, she and he are entangled in the land’s old magic and tragedy.

Nicnevin desires to be free, to get out from underneath her mother, and their neighbour Reggie, a local lecturer on the land’s history and magic, appears to be her opportunity for a release. A murder mystery and preternatural goings-on occur around these relationships, influenced by them and their tragic conclusions.

Fortunately, this strange premise is executed with a masterful balance of a suspenseful tone. There is a conscious and rising sense of dread from the very beginning. The colour sinks out from the panels as Nicnevin is driven into the old town in Northumberland. Foreboding, abstract imagery haunts her in her dreams, before those images come back more real later on.

For most of the comic, there is a tangible tension, but it’s quiet, with only sporadic shocks of horror. How the writing and the art together use this ‘quiet’ is one of the best effects in the book. The art, from Dom Reardon, Matthew Dow Smith and colorist Lee Loughridge, matches the pace of the writing precisely. The art is busy when the dialogue or the narration is busy and, more often, these elements are empty together.

In the comic’s moments of active horror the art is reactive and messy. Reardon and Smith’s art here could be compared with the explosive art of Jock, who provides covers for the series after also working on a relatively similar book in 2014, Wytches. 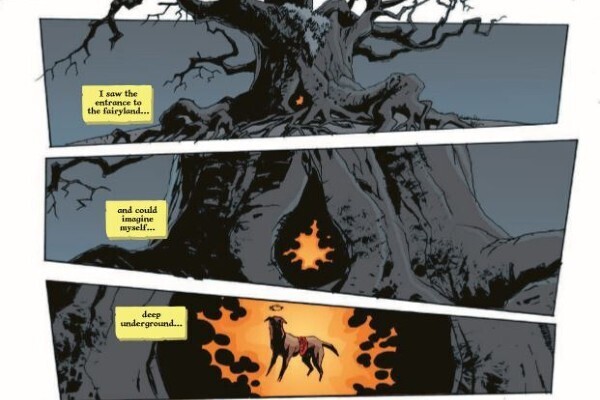 In contrast to these spikes in horror, the comic’s art is appropriately barren in the quiet moments of tension. As if it were a film, we do not see anything horrible, we almost do not see anything at all, which creates our and Nicnevin’s sense of suspense at what dark magic is lurking in the world.

This patience in the pacing of the story is partnered with an honest depth in its backstory. This depth, that is, the comic’s allusions to a deeper history in the town and behind its characters, also goes a long way to make the climax feel so earned after the straightforward story. Touchstones to the town’s magical history are repeated throughout the book, such as an extended passage devoted to the Ballad of True Thomas.

As is regularly the case with depicting the modern world, though, especially with teenagers, there are a few character beats that immediately come off as antiquated and false – specifically Nicnevin’s use of text speak and emojis. While odd moments like this do not totally feel like 2020, the truth motivating Nicnevin’s character fortunately does. Nicnevin’s need to balance her innocence and her maturity to impress the older man Reggie feels anchored in real, contemporary anxieties.

Comparing the persecution of witches and old magic with modern mores, removes the contemporary pretense of being polite about it. Far be it to just call this comic timely, the implication might therefore be that this young girl’s persecution is timeless.

If you have read Nicnevin and The Bloody Queen, sound off in the comments below or send us your thoughts on Twitter!