Home » Young Justice Season 4: Top 6 Things To Look Out For! 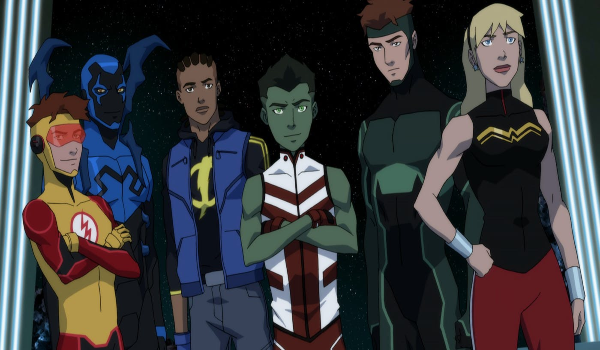 Young Justice was cancelled in 2013 after only two seasons supposedly due to low toy sales. Yet, in 2016, season three was announced and would eventually air in 2019 on the streaming platform DC universe. Without having to work around Cartoon Network’s more kid-friendly restrictions, Young Justice: Outsiders focused on darker, more mature themes including meta human trafficking. It didn’t pull any punches when it came to violence either. Now, with a season 4 announced, here are the top six themes we’d like to see in Young Justice season four. Warning: Major Season Three Spoilers ahead. 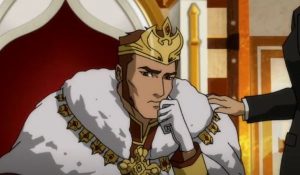 After a climatic battle in the last episode of season three Brion Markov, prince of the country Markovia and the superhero Geo-Force, kills his uncle Baron Bedlam. The Baron led a coup to take the throne but Brion took the throne for himself after the murder. Later in the episode it’s revealed that Brion is under psychic manipulation from the Markovian ambassador Zviad Baazovi. Baazovi has joined the Light, meaning that the Light has control of Markovia right now. Likely Brion will have to face the consequences of his actions next season. He and Halo paired off in season three, which should have bearings on the next season as well. 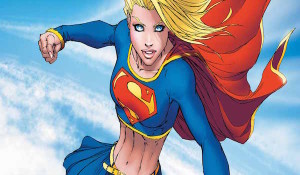 The last shot of season three is a closeup of a ring on a blonde waitress’s hand. This is a Legion Flight Ring. There has been some speculation as to who the owner of the ring may be (Saturn Girl and Supergirl have both been tossed around as possibilities), but the creators have confirmed nothing. The Legion of Superheroes is usually a team from the 30th and 31st centuries. With that in mind there’s the possibility that season four will involve more time travel. 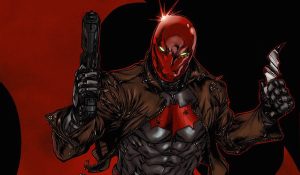 The entirety of Jason Todd’s career as Robin and his subsequent death occurred during the five year gap between seasons one and two of Young Justice. His only appearance in Young Justice is as a hologram, until episode six of season three when a mysterious assassin in a red hood appears on Infinity Island. Ra’s al ghul, the head of the League of Shadows, mentions the Lazarus Pit (a resurrection device) and Jason’s returning memories. Jason may make his Young Justice debut as Red Hood in season four. 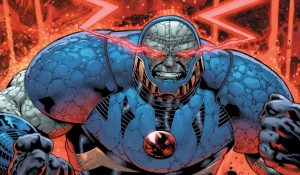 Darkseid hasn’t been seen in very many episodes of Young Justice, having a Thanos-like presence. He mainly appears behind the scenes and his plans to take over the universe are discussed. One of the main villains of season three, Granny Goodness, works for him. Darkseid has also conversed with the Light, and it’s possible that there will be a final confrontation between Darkseid and the Light where they battle for control of the universe, which undoubtedly will include the heroes. Darkseid is still searching for the Anti-Life Equation, an equation that would strip all living creatures of their free will. It was revealed that Halo is the key to the equation, so this will become important again in the next season. 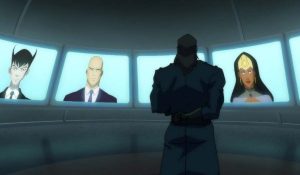 After the events of season three the Light has emerged with Markovia. Also, Luthor is no longer Secretary-General of the UN after Superboy speaks out against him and reveals Luthor’s involvement in Project Cadmus from season one. Despite this setback, the Light appear to still have plans for imposing sanctions and other restrictions on superheroes. They acknowledge Darkseid’s continued search for the Anti-Life Equation and the role Halo has to play in that. They also say that they will keep an eye on her.  The Light will likely try and use Halo to create the equation for themselves against both the superheroes and Darkseid. 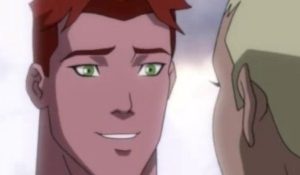 Season three attempts to bring both the characters and the viewers closure on the death of Kid Flash. Luckily this is the superhero genre and no one stays dead forever. With the possibility of one or even two more seasons to finish up the show, there’s a chance that Wally West will be revived. The exact manner of his return can only be guessed at for now. But since the creators of Young Justice have said that the fourth season will focus more on the original core cast, Wally is sure to come back again, at least as a memory.

Now more than ever Young Justice feels timely. With its complex portrayal of superheroes and its growing political echoes, Young Justice is a show that questions the world we live in today. But unlike our world, Young Justice will always have costumed champions to make things right.

What do you want to see in season four of Young Justice? Let us know in the comments or send us your thoughts on Twitter!