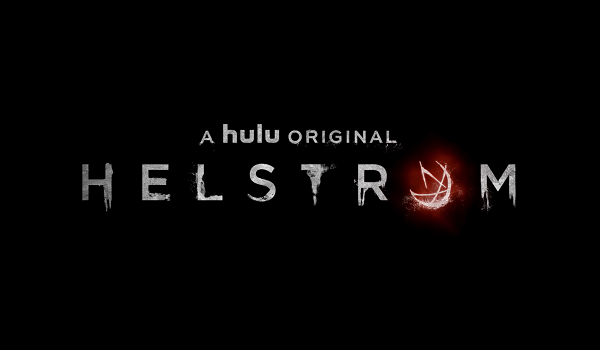 Every family has its secrets, though none quite like this. On September 23rd, we were given the official trailer to Helstrom, a Hulu original series based on two characters from the Marvel comic universe. The trailer promises a dark and gruesome theme—we’re dealing with demons, after all!—and based on the trailer alone this won’t be a series for the faint of heart. So let’s break down what the series may or will have in store for us! Possible spoilers ahead, as I’m bringing up comic book references that may or may not be featured in the show.

The series will primarily revolve around two main characters, Daimon and Ana Helstrom. Daimon is played by Tom Austen, while Sydney Lemmon is playing Ana. They’re the children of a supposed serial killer, though in the comic book universe they were the children of Satan. Whether this will be upheld as a surprise twist in the show, we’ll just have to find out! If Daimon’s name is anything to go by, the demonic heritage is certainly there. They’re both leading relatively normal lives, with Daimon working as an ethics professor and Ana running an auction house. But they’re both avid hunters – Daimon’s an active exorcist chasing down demons, and Ana “driven to rid the world of those like [her father], even as she secretly worries [he] will return”.

But if the official trailer’s anything to go by, their ties to the supernatural have other plans. In the first half of the trailer, it’s revealed that Daimon and Ana’s mother, Victoria (played by Elizabeth Marvel), has been placed in some kind of mental institution. It becomes clear that she’s possessed by a demon, and as such has supernatural abilities. Daimon expresses concern that whatever’s controlling her has gotten stronger, which seemingly scares Ana. From there, I can only assume that part of Helstrom’s plot will involve saving Victoria from whatever demon is controlling her. 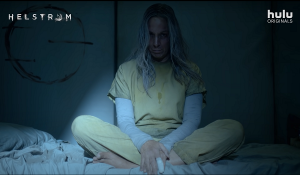 There’s also references to the Helstrom family’s father in the trailer. As I mentioned, he was a powerful serial killer, but it looks like his influence extends beyond the mortal plane. He’s somehow tied into the plot as well, both as a family member and as a potential antagonist. I wouldn’t be surprised if he’s revealed to be pulling some strings behind the scenes, especially if the series will be following the comics. In that universe, Daimon and Ana (then known as Satana – clever, right?) were the children of everyone’s favorite king of hell, Satan. That would explain the shot at the end of the trailer where Daimon’s chest seems to burn with hellish energy. Perhaps his father passed down some cool demonic superpowers. But it also makes me wonder if Ana will have any superpowers of her own, besides kicking major ass.

One concern I’d raise with the trailer is that, at first glance, I almost forgot that this was a Marvel series. I think it had to do with the sheer amount of violence the trailer depicted. Sure, some of the most recognizable Marvel heroes have gotten into bad scraps before, and blood’s not something new to the cinematic universe. But the trailer definitely ups the horror aspect, putting it close to films like the Saw franchise. The overall atmosphere of the trailer and the locations revealed was bland and dismal. No characters wore bright or flashy colors, and no backgrounds were overly saturated. In a way I was reminded of the cinematography Mr. Robot used, where the bleak narrative fits the bleak backgrounds.  Meanwhile most of the previous Marvel movies have had nice pops of color, whether from the heroes themselves or the magic they produce with their powers.

Overall I think the Helstrom trailer did a great job of revealing just enough to make me interested. But I should warn you, this series won’t be for the faint of heart. Helstrom is clearly dealing with demons and the occult, and the trailer shows some fairly graphic content. We’re talking blood, open wounds, scary hell-monsters, you name it. This is very much your typical run-of-the-mill horror genre TV series, with a fair bit of mystery added in for some extra flare. But if you’re a fan of dark and gritty “superheroes”, then Helstrom’s just for you! Personally, I don’t have a Hulu account, so I can’t watch this myself (yet). But I certainly look forward to the reviews – and to whatever twists Daimon and Ana’s adventures bring.

Helstrom will premiere exclusively on Hulu, and all ten episodes will be available on October 16th. You can watch the official trailer on Hulu’s channel here.

Are you looking forward to Marvel’s newest “superhero” series? Sound off in the comments or send us your thoughts on Twitter!