Home » “The Origamiac Series” Is An Unconventional Superhero Epic 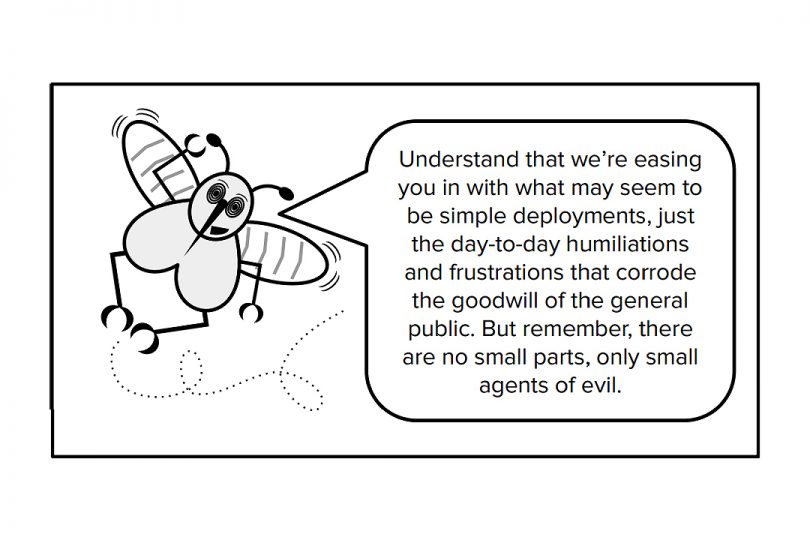 For fans of South Park, Family Guy, and other irreverent animated media, The Origamiac Series hits home. The five-issue edition written by Seth Levins follows the blunderings of Orson Thitchafer. Orry is an average Joe with an extraordinary origin story. Within one day, he’s tied to a log as part of a pro-termite protest. He is doused with a chemical substance called Bio-Hernet, then sucked into the clutches of a paper mill. In the end, he becomes a sentient piece of loose leaf.

Though flimsy, Orry manages to adapt to his new form and finds himself impervious to rips and tears. However, his more impactful power is the new agency he takes over his life. Over five issues, Orry is in a search to become human once more. He tries to carve a place for himself in institutions of evil and vigilante squads of good; he fights for both and works on all sides. This is so he can bring a sense of justice to a world quite like our own. The Origamiac Series proves that even the most ordinary folks can stumble into exceptional fates.

Drawn in a boxy style, The Origamiac Series’ pays homage to its content by creating characters who appear folded from paper. Its pages are abundant with sharp edges and seemingly pleated shapes. The comic also packs paragraphs of text into each panel. It very much reads like an illustrated novel; it has more action and meaning represented in its words than in its pictures.

The story overall seeks to personify real world socio-economic institutions as a cast of evil corporations, mad scientists, and corrupt politicians; superhero comic tropes are rampant all throughout. With that mold, the series is appealing to superhero junkies. There’s something for any fan of traditional superhero comics. It’s especially a delight for those who enjoy their heroes as bumbling, somewhat incompetent, but charming.

Much of the comic also toes the line between satirical and offensive. It manages to make a joke about any and every identity. The humor ranges from dry and pertinent, to downright distasteful. Satire can act as valuable commentary about society, but its crass and extreme tone makes it a difficult art to master. While The Origamiac Series manages to parody our strange ultra capitalist society in the form of a superhero comic, its efforts are not always successful. The comic certainly comments, but not always in a way which reads as a jest.

Overall, it is a story that manages to feel familiar and unconventional all at once. With a blend of traditional tropes and a unique storyline, The Origamiac Series will certainly be a joy to fans of darker superhero stories with a lot to say.

Did The Origamiac Series catch your interest? If it has and you’re looking to read more of it for yourself, it’s available on Amazon. Once you’ve read it, let us know what you think of it! Sound off in the comments or send us your thoughts on Facebook or Twitter.