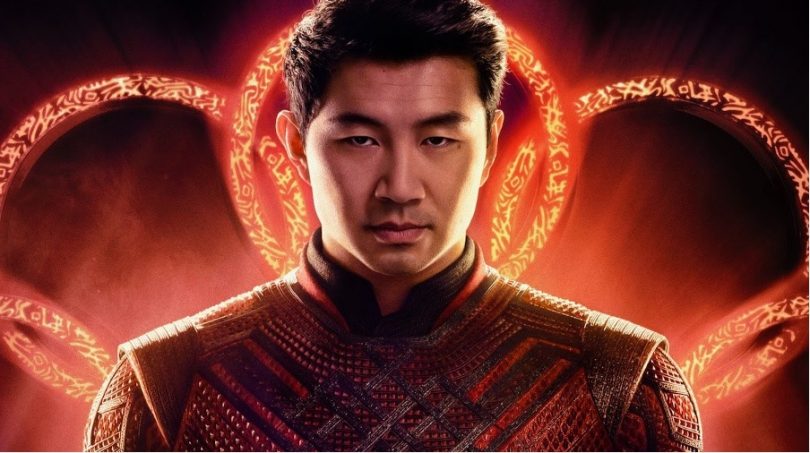 I know everyone is looking forward to the summer. I am too. But once those green leaves turn into fifty shades of brown, there’s no need to be sad. Because all the signs point towards Shang-Chi and The Legend of the Ten Rings being a terrific addition to the MCU. With a new visionary director, a cinematographer with a legendary past, and a cast with both new stars and already world renown thespians like Tony Leung and Michelle Yeoh, I won’t even consider the Rotten Tomatoes score before watching this in theaters.

But since this film isn’t until September 3, let’s try to break this trailer down as much as possible. Because while the trailer seems to avoid the cardinal sin of giving away everything, it does show a lot. Before I start this, I want to say that I have not watched this movie. I don’t know what’s going to happen. So if I spoil anything or everything through this article, even I have underestimated my intelligence. Or you could say a broken clock is still right twice a day. Here it is, 6 Takeaways from the Shang-Chi and The Legend of the Ten Rings Trailer.

6. A Timeline that Dates Back Centuries 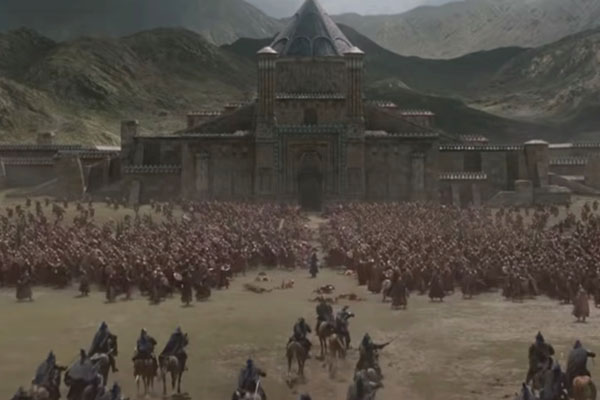 Even though I was a history major in college, I am very limited in my knowledge of China’s past. So I cannot pinpoint exactly how far this storyline will delve into Chinese history. But there are brief references that the origins of this storyline around the ten rings and Shang-Chi’s father, Wenwu, go very far back. In the comics, Shang-chi’s father, known as the controversial character of Fu Manchu, has origins dating back to the early Qing dynasty. Wenwu’s and the rings’ ties to the past will be essential towards Shang-Chi’s journey and will give us detail into how dark his family’s origins are. 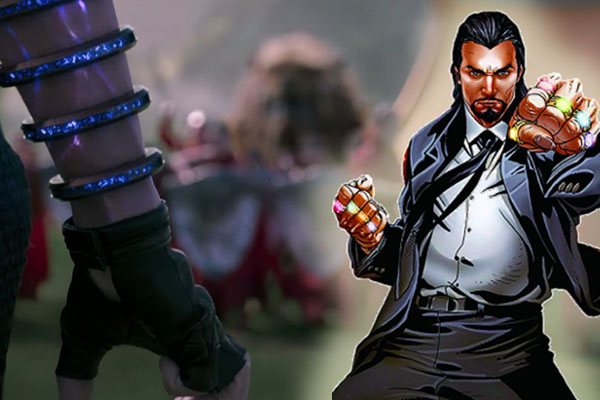 Shang-Chi and The Legend of the Ten Bracelets just doesn’t have the same ring to it. But in all seriousness, the rings look significantly larger than they do in the comics. Personally, I think they look pretty cool. The one caveat is that none of the rings stand out from each other from what we see in the trailer. They all look the same. But aesthetically speaking, in the clip where we the power of the rings coursing through the holder’s veins, they do somewhat resemble an infinity stone. We see a similar purplish hue when, for example, Ronan transfers the power stone into his cosmi-rod in Guardians of the Galaxy. Even so, it’s is a unique look, and I can’t wait to hear the backstory of each ring.

4. Michelle Yeoh is in the MCU again but as a Different Character 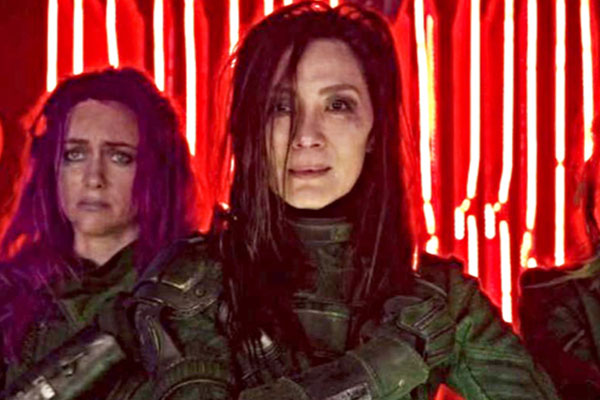 Michelle Yeoh brings years of experience in the action genre and is definitely a welcomed addition to this film. And we’ve seen her play a variety of characters throughout the years whether it is in James Bond’s Tomorrow Never Dies or Crazy Rich Asians. So whatever Marvel has in store for us with her character Jiang Nan should be a treat. As of now, it appears that she will be in some kind of tournament, that looks similar to a Mortal Kombat format. Fighting for what? I don’t know but this is not the first MCU character Yeoh has played. Briefly featured in Guardians of the Galaxy Vol 2 as Aleta Osgord as shown in the image above,  hopefully, Yeoh gets a lot more screen time in Shang-Chi and The Legend of the Ten Rings. A lot more. Cause we know whatever role she plays will be excellent.

3. Ronny Chieng is in the Movie! 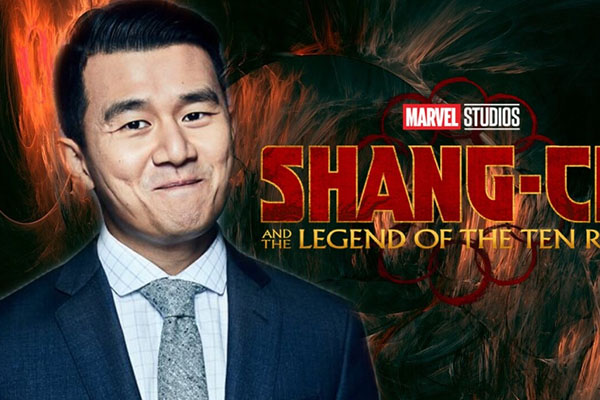 Pardon the lack of creativity on this one. Because I’m sure most of you immediately recognized the multi-talented Awkwafina as one of the main characters in the film. Which you should and I did as well, she’s a global star at this point. And we also see that Creed 2 star Florian Munteau will be playing the formidable role of Razor Fist. But still, just a quick snippet of comedian and Daily Show senior correspondent Ronny Chieng was definitely a moment that put a smile on a lot of faces. I have no idea what purpose his character Jon Jon will serve to the plot. He will most likely serve as a character that allows Shang-Chi to relax and forget about his past. And maybe they’ll kill him off? Cause that’ll definitely get people to hate the villains even more. But overall, it’s nice to a talented comedian and versatile actor take part in our favorite genre. 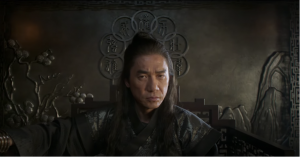 As discussed earlier, Shang-Chi’s father has different origins in the comics. Dr. Fu Manchu is a character full of very offensive stereotypes but it’s important to study his backstory to deduce what Wenwu’s will be. Because along with being the leader of a criminal organization, Fu Manchu is revealed in the comics to be Zheng Zu, an immortal sorcerer who has been alive for centuries. With the stereotypical depictions cast aside, Wenwu appears to be a mixture of two Marvel supervillains. The Mandarin and Fu Manchu. While this might be a bit confusing for comic fans, Tony Leung is one of the best actors in the world. And we get glimpses into the domineering presence he will have throughout the film and over Shang-Chi. I am confident that Wenwu is bound to be one of the MCU’s best supervillains. 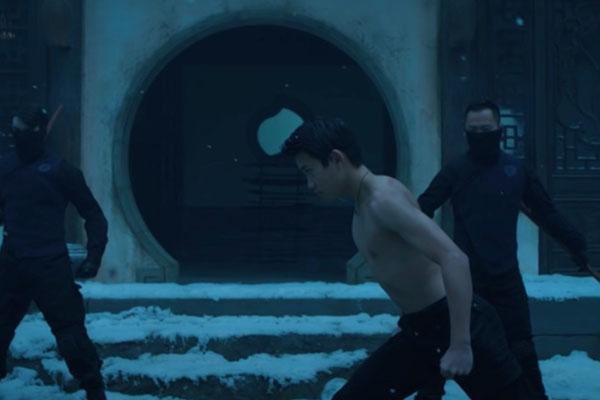 The film already alludes to it in the trailer of the dark themes that it will explore. Especially during Shang-Chi’s upbringing. How deep Destin Daniel Cretton will dive into the trauma this causes Shang-Chi might depend on the film’s rating. Which I assume will be PG-13. But Simu Liu will have a lot on his plate bringing to life the traumatic events of the past that affect his present. What Shang-Chi does during his ten years away from his father may indicate how scarred he has been from his childhood training under his abusive father. I’m definitely up for a deep dive into this psychological trauma but Cretton might be limited by the film’s rating.

Overall, this film deserves all the hype it is getting. So how excited are you for Shang-Chi and The Legend of the Ten Rings? Sound off in the comments or send us your thoughts on Twitter!