Home » “Murky Waters: Tales From Beneath” Is An Unsettling Horror Anthology 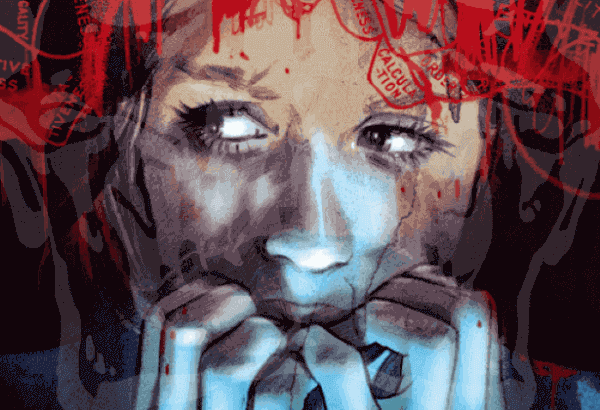 Christian Carnouche‘s Murky Waters: Tales from Beneath is a collection of uncanny stories that serves as an intriguing read for any horror fan. Each story stands as an individual installation, and various creators are responsible for the captivating art. However, horror themes like psychosis, zombies, grief, and doppelgangers tether them together. Although short, the stories are full to the brim with unsettling developments that leave readers questioning reality.

Murky Waters follows the literary tradition of the uncanny, utilizing a variety of narrative techniques to develop a subtle and wildly disquieting horror. The uncanny is never forthright; it requires readers to be active participants to understand the narrative. For example, “Lost River” introduces Duc and Mara, two teens saying goodbye at the end of a family vacation. Duc’s parents abruptly insist on leaving the camping grounds and maintain that Mara never existed at all. There is an obvious omission of information. But it’s easy to assume that the parents’ strange behavior is born from concern for their son.

With that in mind, the story uses a counter-narrative to warp reality. As such, the end reveals Duc assaulted Mara and he was remembering a skewed version of reality. Carnouche deconstructs the fantasy in Duc’s memories, something enforced by the actions of Duc’s parents. As a result, there lies a parallel to the experiences of sexual assault and rape survivors. Their stories often stand opposed to their perpetrator’s distorted and convenient recollection of events. Artist J. Schiek does a wonderful job. He creates a murky atmosphere through muted colors that emphasize the red blood.

In another example, Carnouche uses doppelgangers to create fear and disconcerting introspection. The idea of the doppelganger is ominous; it introduces the potential of being replaced by a copy and casts doubt onto which is the original. In “The Ocean Beneath”, character Max is sitting on the beach. His inner monologue of justifying his life choices gets interrupted by the discovery of a body on the shore. Max finds it particularly off-putting because the body looks exactly like him—a doppelganger.

The sudden appearance of dozens of other doppelgangers intensifies the insanity of the situation. Additionally, Max is terrified by the insight that the doppelgangers have into his mind. They accuse him of lying to himself about his supposedly satisfying life. This story blurs the lines between realities since there isn’t an explanation for the doppelgangers’ existence. Therefore, it’s unclear if all of this is just a hazy dream. Nevertheless, the intrusive questions that Max faces also force the reader to take a moment of self-reflection.

The eleven short stories that compose this comic are all equally enthralling. As a whole, Murky Waters invites us to be active readers and question the fabric of our reality. It refuses to give a clear answer to the uncanny occurrences. Overall, the classic horror themes in each story are engaging from the very beginning and well-developed.

For more information on Murky Waters: Tales from Beneath or to purchase, check it out over at Comixology and be sure to let us know what you think! Sound off in the comments or send us your thoughts on Facebook or Twitter!