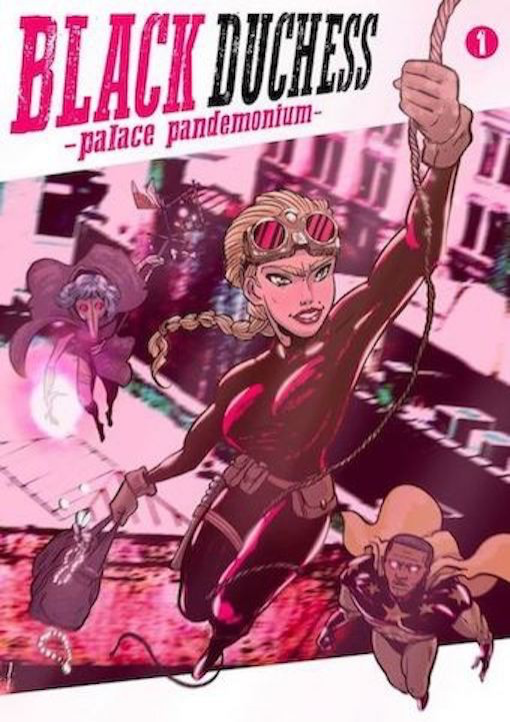 We are very lucky to be alive right now as superhero fans. With so much quality content being churned out in both the comic and the cinematic world, we’re in somewhat of a golden era for our favorite genre. And recently, some very popular subgenres have emerged in both comics and films. This includes the anti-hero and supervillain genres where the main characters are a little more morally complex than the standard superhero. Whether it’s Deadpool, Birds of Prey, Venom, or Joker, we all love main characters with a little bit of darkness. Why am I saying “a little bit”—these people are freaking crazy! But there is just something about these characters and their conflict that we can relate to and even see in ourselves. It’s somewhat horrifying, and yet intriguing.

Adding to these subgenres is Robert Getty with Black Duchess #1. The first of a much longer storyline details a cat burglar’s struggle to pay back her debt to the Mafia. As she attempts to steal an expensive jewel, we get a glimpse into the lives of the superheroes of this world. Overall, this may be the beginning of a new universe. And there’s a new central character – who might be a supervillain or an anti-hero – at the center of it. After reading this issue, I’m sure you’ll be craving more of the life of Callie McGee. 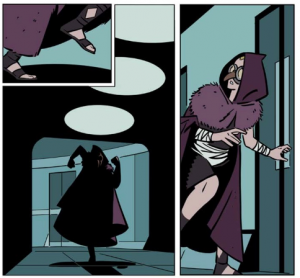 Callie is the central supervillain slash anti-hero in Black Duchess. The cover art by JP Vilchris – who is also in charge of all of the comic’s illustrations – shows flashes into her past life. That, and the title of the comic serves as Callie’s supervillain name. After having been sentenced to 5 years in prison for second-degree burglary, Callie is suddenly released from her cell. Unfortunately, it isn’t a gift from her friends; the Mafia bailed Callie out. With that comes the expectation of payment. So much for trying to stay clean after her release!

Ultimately, the Black Duchess sets her sight on the Anori Diamond, a sacred jewel worth $500,000. But there’s a bit of a problem. Tasked with protecting the jewel; a formidable group of heroes known as the Power Pals. As the Black Duchess, Callie has to somehow break into a superhero lair to steal a jewel for her freedom. And it’s pretty clear about halfway through the comic that she will do almost anything for this. Which once again, blurs the line between villainy and anti-heroism. All that is mixed with a group of superheroes struggling to grapple with the responsibilities of being heroes. Sad, yet it’s somewhat comedic – with the way they try to unwind with a lot of wine. And I do mean—a lot.

As the central character, Callie is a very interesting lead to follow. In some ways, the Black Duchess is similar to Catwoman. But she also has some undercover spy-like qualities, as you will later see through her efforts to infiltrate the Power Pals. For the most part, she does a very good job, bringing up more questions about her past. Callie is also pretty funny and somewhat clumsy. This makes her all the more entertaining. There are also qualities in her that remind me of one of my favorite film characters ever; Ash Williams, from the Evil Dead franchise. Both of them have a talent for putting themselves in some chaotically entertaining situations.

Overall, Black Duchess is a unique take on an exciting subgenre of the superhero sphere. Whether Duchess is a clear-cut villain or an anti-hero remains to be seen. But I look forward to getting closure on that matter. Same with seeing how our main character escapes her current predicament. Getty’s work leaves the reader off on quite the cliffhanger. This leads me to believe that the story is far from over. So, absolutely check out Black Duchess #1 if you’re into a heist plot involving superheroes with a little comedy thrown in. And, for humanity’s sake, I better have at least one reader understand my Evil Dead reference.

So, have you read Black Duchess #1 yet? What did you think of it? And if you haven’t and you’re into that kind of stuff, see how you can access it here. Then don’t forget to let us know on Twitter and/or Facebook what you think of it so far!